“We are not enemies, I just have a different opinion,” the Hadassah Hospital chief said.

By MAAYAN JAFFE-HOFFMAN, YAAKOV KATZ
JUNE 5, 2020 10:12
Zeev Rotstein
(photo credit: Courtesy)
Advertisement
A few weeks after the novel coronavirus broke out in Israel in late February, Prof. Zeev Rotstein, the powerful head of Hadassah-University Medical Center, sent a letter to the Health Ministry with an idea: On Hizkiyahu Hamelech Street in Jerusalem, he wrote, there is an empty hospital called Misgav Ladach. He had already spoken with the head of Shaare Zedek Medical Center, and both hospitals were prepared to take over Misgav Ladach and transform it into a designated hospital just for the coronavirus, the only one of its kind in Israel.Rotstein never received a reply. Instead, Hadassah’s coronavirus patients were treated in an isolated part of the older Round Building in Ein Kerem.Around the same time, Rotstein offered the ministry to use Hadassah’s state-of-the-art laboratory to test for coronavirus. The ministry said this was not allowed. When he asked why, he was told that all tests needed to be done by Magen David Adom, and processed at a central laboratory at Sheba Medical Center, Tel Hashomer.It was not until three people who worked in the central lab became infected and it had to be shut down that the ministry agreed to use more labs.Coronavirus lab at Hadassah (Courtesy)When the country went into lockdown and companies were shutting down, Rotstein suggested testing large companies and factories so they could keep working. He emphasized the need for defense contractors whose work is critical for Israel’s security.Rotstein tested all 1,200 employees at the Israel Aerospace Industries’ Malam factory. One person tested positive, was removed and hospitalized, but the factory was ultimately shut down anyway.Rotstein argued that if workers were tested and found negative for corona, the factory could be reopened and marked green. The same could be done for all essential workplaces, which he said would help support the economy. His fear was that if the shutdown went on too long, there would be no money to reactivate the country’s economy.“This company should not have been working at 15% but at 150%,” he told The Jerusalem Post. “Why stop them? We need to produce national products. Without them, we will not be able to support the medical system.”Similarly, when Rotstein recommended that the Health Ministry test all medical workers in hospitals – doctors and nurses on the front lines – the top government bureaucrats again refused.Nevertheless, Rotstein tested nearly 2,000 medical staff at his hospital, beginning with teams working in the intensive care units and then the trauma department. By testing each person twice over five days, he found 30 people who had coronavirus but were asymptomatic or had limited symptoms. He immediately put them in isolation, keeping sick people at home and healthy people at work.A person is screened for coronavirus at Hadassah (Courtesy Hadassah)The situation escalated to the point that in early April, Health Ministry deputy director-general Prof. Itamar Grotto said Rotstein’s actions “bordered on treason against the state.” No less.The eruption took place at an April 5 Coronavirus Committee meeting at the Knesset. Grotto reviewed the country’s policy at the time of conducting a small number of tests designated for those who were in quarantine and showed symptoms. For asymptomatic cases, people were eligible to be tested only if they had stayed in the vicinity of a confirmed coronavirus patient for more than 15 minutes or had returned from a country with a high rate of infections.“This is the last thing I would have done as a statesman,” Rotstein said during the meeting. “I would have made a clear decision that whoever is in quarantine, returned from abroad or came in contact, and whose temperature is rising – is a corona patient. I would not have wasted thousands of irrelevant tests.”According to Rotstein, the most important issue was preventing the spread of the virus. He said that Israel needs to test more widely and develop a picture of how many cases there are across the country and where they are concentrated. He said the people who need to be found are the “super spreaders,” people who are asymptomatic and are traveling freely and infecting others.Grotto though dismissed Rotstein’s remarks as nonsense, saying “I have much more accurate data than you do.” However, one month later, Rotstein’s data proved to be correct. According to research conducted at Tel Aviv University, about 5% of the infected population spread the virus in 80% of cases.“We are not enemies, I just have a different opinion,” Rotstein stressed during that meeting. But he said that Grotto made a point of putting him down during a session that was broadcast live for all to see. 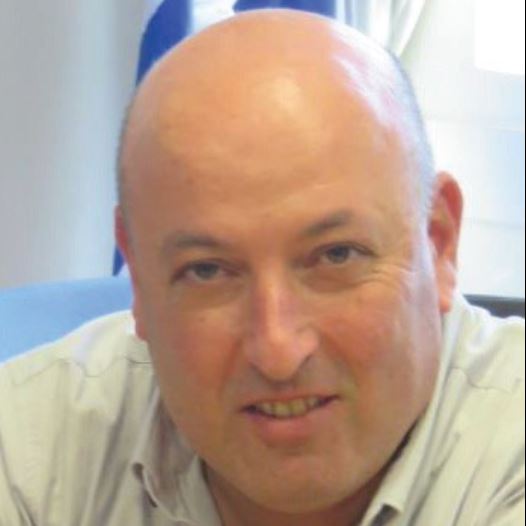 Itamar Grotto“It was more than antagonism. They turned me into a monster,” Rotstein told the Post. “They thought that I would just run away. But it did not bother me. I went ahead and moved forward.”WHEN WE met Rotstein this week at his hospital in Jerusalem’s Ein Kerem, he did not seem phased by the last few months of nonstop clashes with the ministry. Instead, he simply presented samples of the letters he sent – sometimes as many as 40 per day – to the ministry, warning its leaders to proactively address infection in nursing homes. He offered advice on how to tackle overcrowding in haredi (ultra-Orthodox) neighborhoods, which he predicted would ultimately lead to a spike in the virus. And he provided alternative methods for increasing screening.All the letters though went unanswered; no one wanted to read them.None of this stopped Rotstein. Just last week, for example, when an outbreak of the virus was reported at Jerusalem’s Gymnasia Rehavia, he reached out to the school administration and offered the students to come to Hadassah to be tested. Already before then, he started sampling different schools in the capital based on a statistical analysis done to evaluate their risk.In most situations, Rotstein’s efforts proved correct. For example, when he learned of the novel virus, he proactively raised some NIS 24 million to purchase personal protective equipment and masks. Soon after, doctors and nurses across the country complained of lack of masks and other protective gear, explaining that without these items, they were exposing themselves and their patients to the virus.“It must be understood that there is an ‘arms race’ around the world” for these items, Grotto said. “We’ve placed many orders, but most of them have fallen through because of the embargo and other problems.”Rotstein shared his stash with the other hospitals.ROTSTEIN CAME to Hadassah in 2016 after working for 36 years at Sheba Medical Center, starting as a young cardiologist and working his way up to director of what would a few years later be chosen as one of the top hospitals in the world. After years of decline and a deepening deficit, Hadassah was on the verge of collapse. Rotstein was brought there with a clear purpose – to turn the hospital around.His proof of success, he says, is the hospital occupancy rates. In 2015, it was 50%. Today it is at 120%. “People vote with their feet,” he added.There are 500 new staff members, he said, but the hospital’s overhead has dropped by 10%.His arrival at Hadassah was not without controversy. Shortly after taking over the helm of Jerusalem’s leading hospital, Rotstein faced a walkout by the pediatric hemato-oncology ward, at the time one of the leading departments in the country. The hospital’s reputation took a hit, but Rotstein did not cave and has since rebuilt the department with a group of leading doctors and nurses.“I am not a person who works for the short term,” Rotstein said. “There is no limit to where Hadassah can go, with the dedication and creativity of our staff. Here, too, we will not make the hospital great on the back of any other hospital. We will succeed on our own merits.”He said his contract is up in two-and-a-half years, and “if they want me out at the end, I will go,” but he hopes to stay.Rotstein said the hospital was on the path to pay back a deep debt by 2025, but coronavirus has set it back. During the crisis, he put 250 employees on furlough because there were few patients to treat. Hospitals were asked by the Health Ministry to halt elective procedures and some outpatient clinic work to make beds available for a flood of coronavirus patients that never came.“If we don’t work, then there is no money – no salaries, nothing,” he told the Post. “We are totally dependent on giving care.”In total, he said, the hospital lost NIS 1.2 billion from lack of activity and spent more than NIS 300,000 on direct coronavirus costs – money that the state has yet to reimburse.But he said the biggest blow came when Israel received a supply of Remdesivir, an antiviral medication developed by the biopharmaceutical company Gilead Sciences, which has begun to show effectiveness in the treatment of patients with severe COVID-19.“They did not give it to us, for political reasons, and that hurt our ability to treat patients,” Rotstein said.TURNING BACK to the pandemic, Rotstein recalled the sadness that came from watching patients fall victim to the virus. While some were older and had preexisting medical conditions, others were younger and more vibrant. He recalled the death of Rabbi Yeshayahu Heber, the founder of the NGO Gift of Life (Matnat Chaim), who died at 55. Heber’s organization aided around 800 people in need of kidney donations.“We really tried to save his life,” Rotstein said with a sigh.He noted that he also had to “be the bad boy” by pushing to allow “regular sick people” to be treated during the crisis. He said that stopping general care has for sure negatively impacted the country’s health and could cost the lives of thousands of non-coronavirus patients.Moreover, he said the number of people who will pay for the economic devastation with their lives is going to be far higher than the number of people who died from coronavirus.He said the coronavirus will not leave Israel for a while, and he hopes that under the leadership of newly appointed Health Minister Yuli Edelstein and director-general Prof. Chezy Levy, the situation will shift.Israel, he said, needs to prepare for the next wave of the virus, which he believes will likely strike in the early winter at the same time as the seasonal flu, and has the potential to devastate the country’s health system the second time around.What if the new Health Ministry officials do not prepare?“They won’t have a choice, because I will kick and scream and force them to get the state ready and tell them what they need to do,” he said. “And if I have to, I will do it myself.”