‘Dropping by’ to fertilize the soil 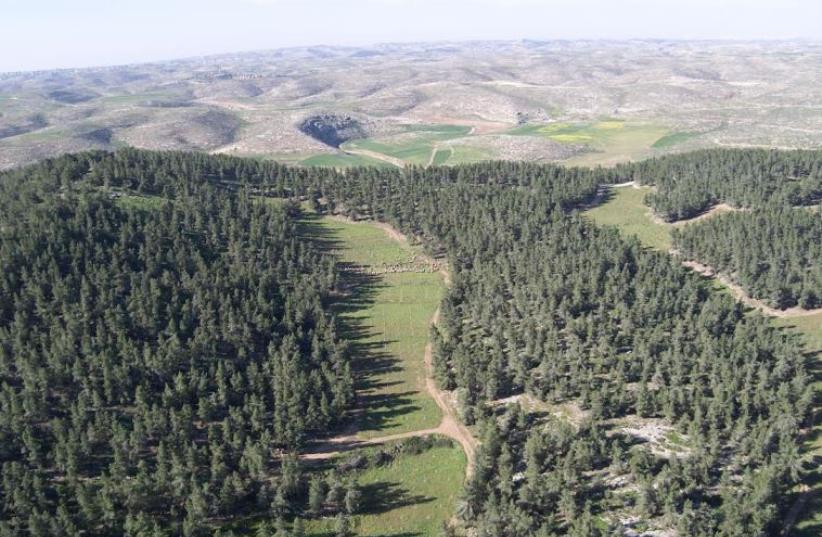 Yatir Forest in the northern Negev
(photo credit: KKL-JNF ARCHIVE)
Advertisement
The first archeological evidence of the role of pigeons in Byzantine agriculture in the Negev has been discovered – reclamation and fertilization of vineyards and orchards.Prof. Guy Bar-Oz of the University of Haifa, with colleague and Tel Hai College researcher Dr. Nimrod Marom, collaborated with University of Haifa archeologist Dr. Yotam Tepper and Dr. Baruch Rosen of the Volcani Institute; they published their findings in the journal PLoS One.A BYZANTINE-ERA pigeon fossil. They were small, muscular and ‘athletic,’ showing that they weren’t raised for meat. / Dr. Yotam Tepper/University of Haifa In the study, which focused on the ancient settlements of Shivta and Sa’adon, archeological evidence was found that the Byzantines in the Negev raised pigeons – not for food, but for their excrement to fertilize loess soil (predominantly silt-sized sediment formed by the accumulation of wind-blown dust), making such soil more suitable for intensive agriculture.“The pigeons’ droppings (guano) are rich in phosphorus, potassium and nitrogen, which are essential for agriculture and lacking in the loess land of the Negev,” Bar- Oz said. “The fact that the pigeon bones we found were much smaller than those grown for the meat industry, along with the nesting material found in the mounds and the location of these in the fields, suggests that the pigeons were grown without significant human intervention.Man’s role was mostly to protect them.”In recent years, a large-scale study led by Bar-Oz has been conducted in the Negev Beduin communities to understand, among other things, how the Byzantines managed to maintain an extensive farming system in the desert some 1,500 years ago and what caused these thriving communities to suddenly be abandoned.In a study published several months ago, the research group presented significant archeological evidence of the extent of agriculture in the Negev at the time, using the bones of a gerbil named Tristram’s jird, a common rodent in Israel that lives only in more humid environments and is not found in desert areas.According to the researchers, guano was used until recently in many parts of the world to fertilize the soil. However, pigeons have traditionally been grown for another key purpose – food.They examined the pigeon bones found in the mounds, as well as the chemical composition of the dung, to estimate the birds’ size.The large amount of bones found in the excavations allowed the researchers to identify the average length of the wing, body structure and skull characteristics of the pigeons from the Byzantine period compared with the bones of pigeons of different species from the modern era.The work was based, among other things, on comparing the pigeons from the Negev to those that Charles Darwin – the father of evolutionary theory – himself collected and studied; those bones are now in the British Museum.The most important discovery of the researchers was that the pigeons from the Byzantine period were small, muscular and “athletic” and were no different in size from wild pigeons. According to Marom, not only is a smaller body size a clear indication that they had little meat, but it turns out that the smaller the pigeons, the faster their metabolism – meaning that they produced more guano.The chemical tests conducted in the laboratory showed that the droppings are indeed rich in nitrogen, phosphorus and potassium.“In addition to this fact, the location of the coops in an agricultural area and away from the settlements strengthens the hypothesis that the pigeons were grown to produce high-quality guano intended to improve the loess soil of the desert.“We found in their coops seeds of grapes, dates, olives, peaches and a variety of wild plants, all of which were remnants of the food that pigeons ate, as well as the remains of many branches,” Bar-Oz said.These are evidence that the Negev in the Byzantine period was green and blooming, the researchers concluded.