The study concluded that one in 36 males in the UK will contract melanoma throughout their life, compared to one in 47 women. 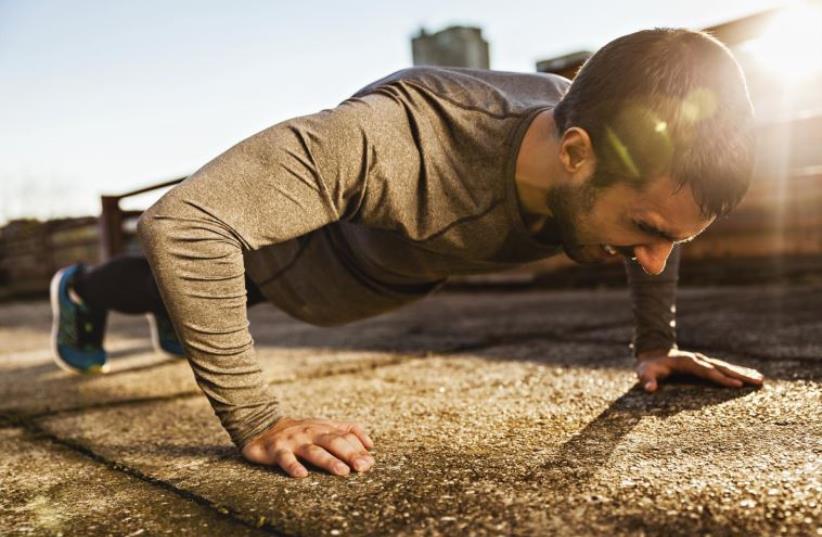 Boost Testosterone Naturally Fast
(photo credit: PR)
Advertisement
Men with higher levels of testosterone are more prone to developing melanoma, a form of skin cancer according to a new study.The study concluded that one in 36 males in the UK will contract melanoma throughout their life, compared to one in 47 women. It also said that 86% of the time, contracting melanoma in general is preventable.“There has been indirect evidence for testosterone and melanoma before, but this is the first time we have been able to look directly at the hormones in the blood," said Dr. Eleanor Watts of Oxford University and the first author of the research, whose study written with colleagues was published in the International Journal of Cancer.This is the first time that testosterone levels and melanoma have been associated, according to Watts.Blood samples were collected by the UK Biobank from individuals who were cancer free for at least two years, including 182,600 men and 122,100 postmenopausal women aged 40 to 69. Neither group were taking hormone-related medication.Levels of testosterone in blood samples were studied by researchers, also taking into account other factors such as daily activity, consumption of alcohol, smoking and even ethnicity as these factors also play a role in risk factors for developing the cancer. Overall, results pointed to men of high testosterone levels being at higher risk of being diagnosed with skin cancer. Moreover, higher levels of freely circulating testosterone were associated with a greater risk of prostate cancer in men.Hashim Ahmed, a urology professor at Imperial College London, told The Guardian that the study shows insight into "Another cancer that could be prevented or treated using hormones."In the past, according to Ahmed, prostate cancer had been treated using anti-testosterone medication, "And there is some evidence that prostate cancer could be prevented with anti-testosterone medication.”Other findings included that higher levels of testosterone among post-menopausal women are at higher risk of a breast cancer diagnosis.
In addition, risk factors for developing  Melanoma cancer, the fifth most common cancer in the UK, includes age, genetics, and exposures to risk factors including ultraviolet radiation from either the sun itself or tanning beds, according to Cancer Research UK.
In terms of genetics, skin type, hair and eye color, moles and freckles, and family history play a role. People who tend to have freckles, lighter hair such a red or blonde, and blue or green eyes are more likely to develop the cancer over people with darker skin hair and eyes.
In addition, the cancer is found 4-10 times more in people with large or unusually shaped moles, and twice as often in people with a relatively high amount of freckles. Similarly, the risk is doubles in people with a family history of the disease.
Autoimmune conditions, HIV, being overweight and occupational exposures also play major roles, according to Cancer Research UK.
However, chances of surviving relatively high compared to other cancers, with 98.2% chance of surviving past one year. While the percentage decreases over time, with a 87.4% chance of people in the UK surviving past five years, the number is still high.
Sign up for the Health & Wellness newsletter >>