"We thought it wasn't possible to discover this in 2020," the study author said. 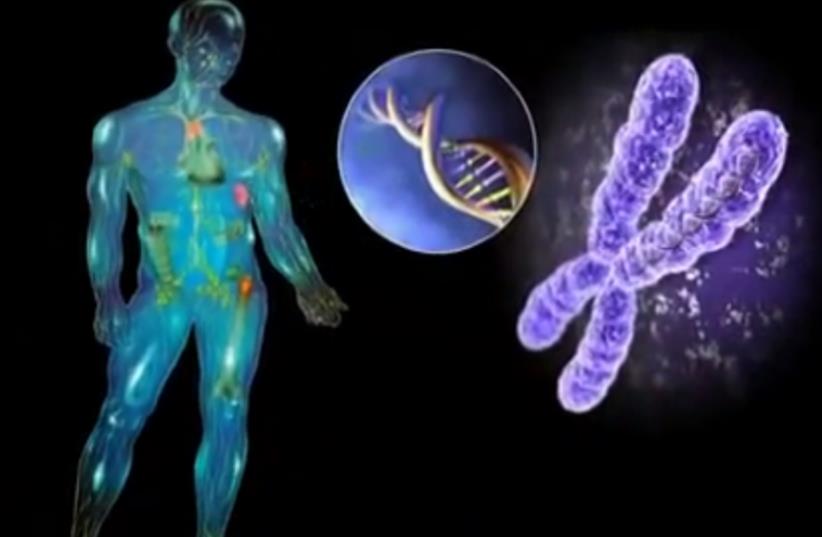 Cambrian Explosion, DNA, human body
(photo credit: YOUTUBE SCREENSHOT)
Advertisement
Unbelievable but true: A new part of the human body has gone unnoticed even after centuries of medical research.
This possible new organ, a pair of previously overlooked glands that are hidden away in our skulls where the nasal cavity and the throat meet, was discovered by a group of scientists from the Netherlands.
The discovery was "thrilling" but the authors were "a bit skeptical" at first, said the study's lead author Matthijs H. Valstar, a surgeon in the department of head and neck oncology and surgery at The Netherlands Cancer Institute (NKI).
"We thought it wasn't possible to discover this in 2020," Valstar said. "It's important [the study is] replicated, and it should be done with different series of patients. It's important to have confirmation of new medical findings."
"People have three sets of large salivary glands, but not there," said study author Wouter Vogel, a radiation oncologist at NKI, in a news statement in May. "As far as we knew, the only salivary or mucous glands in the nasopharynx are microscopically small, and up to a thousand are evenly spread out throughout the mucosa. So, imagine our surprise when we found these!"
The study authors explained that the glands cannot be seen with conventional methods of medical imaging like ultrasound, CT scans (computerized topography) or MRI (magnetic resonance imaging).
The "unknown entity" was only identified when the doctors were using an advanced and new type of scan called PSMA PET/CT, usually used to detect the spread of prostate cancer. PSMA PET is shorthand for prostate-specific membrane antigen imaging using positron emission tomography.
"Luckily, these researchers were tuned into the data, and were anatomically savvy enough to note the unusual brightness in a region that was not thought to contain any salivary glands," Prof. Joy Reidenberg of the Icahn School of Medicine at Mount Sinai in New York City added via email. "As the famous [late French biologist] Louis Pasteur once said: 'Chance favors the prepared mind.'"
Sign up for the Health & Wellness newsletter >>