The man who changed the face of Israel's foreign service

‘In Jerusalem’ explores what drives the man who changed the face of Israel’s foreign service and is transforming the new generation. 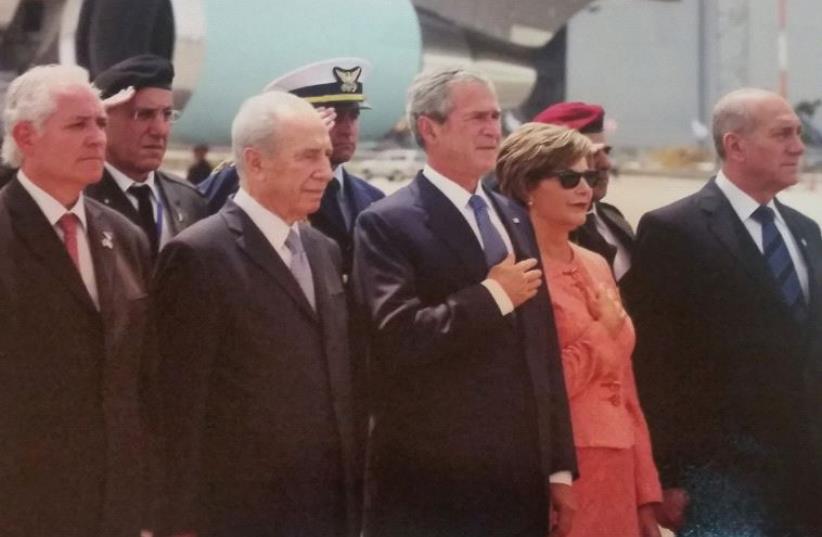 (Left) Yitzhak Eldan, president Shimon Peres and prime minister Ehud Olmert (right) with US president George W. Bush and first lady Barbara Bush on a May 2008 visit to Tel Aviv
(photo credit: AVI DODI)
Advertisement
As a Moroccan immigrant, a boy from a kibbutz and a Black Panther, Yitzhak Eldan was an unlikely man to have changed the face of the Israeli Foreign Service – but possibly the most appropriate.Eldan served 41 years in the Foreign Service. He was a consul in Montreal, Houston and Los Angeles; ambassador to Denmark, UNESCO and the Council of Europe; was chief of protocol for the Foreign Ministry; and served as the head of the Israeli Diplomatic School.

He has developed friendships with heads of states, foreign ministers, diplomats and journalists. He is, by all accounts, a very popular man, and though he has left the Foreign Ministry, he has not strayed far.Today, he serves as the president of the Ambassadors’ Club, runs the Young Israeli Ambassadors School, sits on the Board of Governors of the Jewish Agency and is a senior adviser to the Israeli Jewish Congress. Eldan is still very busy, engaged and trying to finish what he started some 41 years ago.Now 72, Eldan speaks affably, instinctively eyeing his immediate vicinity almost as if to make sure no one is unnecessarily being left out. Occasionally his voice lowers to a whisper to elucidate some ostensibly important historical minutia or rises to admonish some guest for coming into the bar without a shirt on. He will warrant such admonishments by pointing to his years as chief of state protocol.“I was chief of state protocol for many years, so everything must be in order.”He is unabashedly friendly and will frequently start conversations with staff or really anyone that so happens to pass by the table, though he never seems to linger too long in one conversation. 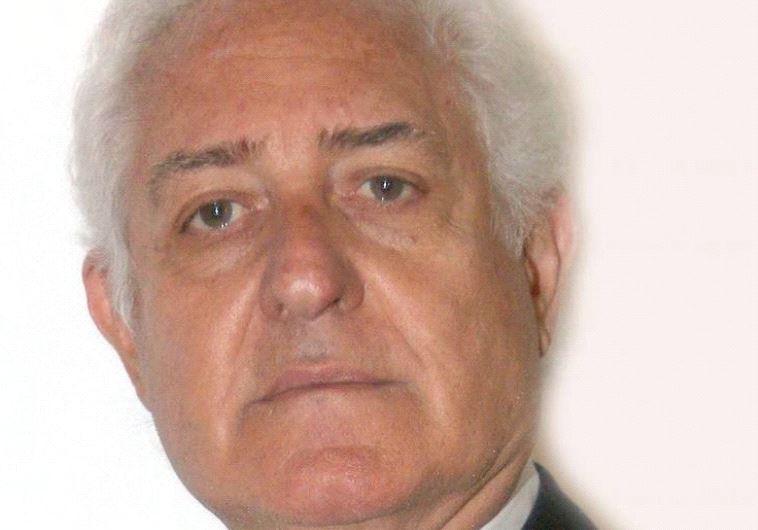 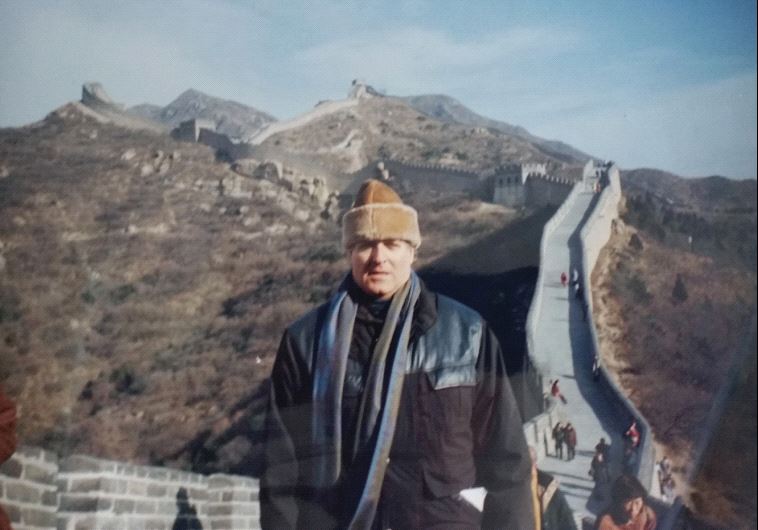 At the Great Wall of China in December 1998 (photo credit: Courtesy)“The whole story comes back to this process of choosing,” he says.For the first time, Eldan was the one deciding who was in and who should stay out, and to those decisions he brought to bear a lifetime of understanding about discrimination, isolation and difference.“Every time I came across someone with potential coming from the periphery, I looked at them more than the others. I give them the possibility. For me this was a way to correct the situation. I saw the potential. If I did it, why not them? If I could make it, they could make it. This is what I did for five years. For me those five years and to be the head of the school of diplomats in Israel were the highest of my achievements,” he said.Yet it is not fair or accurate to say that what Eldan did, he did to rectify old grievances. To him there was something greater about what he was doing. It wasn’t just about justice; it was also about strategy.Because, as he puts it, “diplomacy is something that is moving all the time.”“A good diplomat is someone that looks at the developments in the world, like globalization, and can adapt the tool, the diplomatic tool, which is the Foreign Ministry. How do you adapt it? Not only by opening embassies but also by changing the characteristics of the diplomat. You have to build new diplomats. You have to build a new culture of diplomacy that can work in the new world.“We had to build a new man. Because we needed diplomats to adapt themselves to a time of peace with the Arabs.”That is what Eldan did. In his five years as head of the Israeli Diplomatic School, he oversaw the transformation of Israel’s diplomatic corps into a tool not only for peace and war but also for the global community. A tool that can serve Israel’s needs not only in Washington but also in Ghana and Guinea. A tool that not only more accurately represents Israel but understands the nuances of discrimination and difference needed to communicate in the new global village.Eldan is still working, this time shaping the minds and characters of a much younger cohort. As head of the Young Israeli Ambassadors School he oversees youths aged 15 to 17. Little has really changed, though. He still encourages tikun olam and aspires to have every child that comes through his program be “open-minded with a global mind, born not only to Israel and the conflict but [also] born to the global village. He should be somebody who knows how to handle things in the global world.”Yitzhak Eldan, it seems, is still on a mission.For more information on the Ambassadors’ Club: www.ambassadorsclub.org.il
Advertisement
Subscribe for our daily newsletter