Inside Gilo: Who pays for that?

The neighborhood’s housing shortage is increasing as many families seek to move to Gilo, for reasons such as good educational institutions, relatively low housing prices and public transportation. 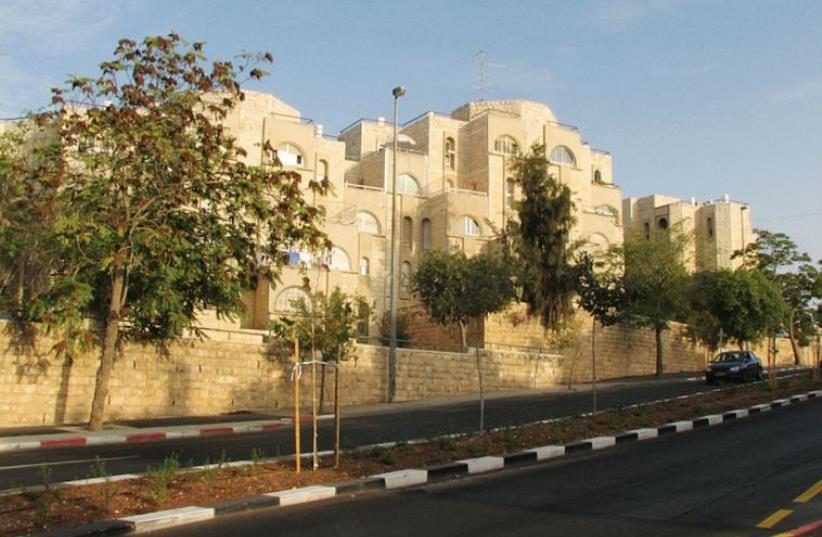 Inside Gilo, a neighborhood of some 27,000 residents
(photo credit: Wikimedia Commons)
Advertisement
Inside Gilo: Who pays for that? Despite objections – mostly from the opposition in city council – the star of Independence Day in the Gilo neighborhood was controversial rapper Hatzel (The Shadow).The decision to host the performer had nothing to do with ideology; Hatzel (aka Yoav Eliasi) was the only one who, despite his national popularity, agreed to perform at a very reduced price. This was crucial because Gilo, with some 27,000 residents, was excluded from the list of neighborhoods entitled to a share of the city’s budget for the holiday’s cultural events.Ofer Ayubi, president of the Gilo local council, is not sure if he should rejoice or brace for some kind of retaliation from Safra Square.
Read More...
Perhaps accomplishing what he did even without a municipal budget might, against the odds, improve his strained relationship with the mayor and the city administration.After years of unclear standards for distribution of special budgets for neighborhood Independence Day events, Deputy Mayor Meir Turgeman (then holder of the local councils and community centers portfolio, and today president of the local planning and construction committee) ruled that each neighborhood would receive NIS 150,000 for the events planned for that day. Later it was decided that about five neighborhoods would get the full amount, while others – each year different neighborhoods – would get a lesser sum. The major events were to take place in neighborhoods that obtain the full budget.That decision, which was not universally well received, hasn’t been fully implemented and it is still being debated. Meanwhile, funds approved for last year’s Independence Day – the original promised and approved NIS 150,000 (for 2015) – have not yet reached the Gilo local council account.“I didn’t want to disappoint the residents of Gilo, so I had to find an alternative – not an easy task without municipal funding,” Ayubi explains. “On that evening, performers request the highest prices.”Ayubi knocked on doors. In addition to partly successful attempts to get private donations, he managed to obtain small sums from the Treasury, from the Culture and Sport Ministry and from Jerusalem Affairs Minister Ze’ev Elkin. With this tiny budget and the unexpected goodwill of Hatzel, Ayubi managed to organize a festive event that he estimates attracted more than 20,000 residents from Gilo and other neighborhoods.Despite this success, Ayubi is far from serene. Although he refused to express criticism toward Mayor Nir Barkat, sources close to him at the local council say they feel as if they have been punished – even though Gilo is not the only neighborhood that complains about budgets cuts. These sources consider a turning point in their relationship with Safra Square to have begun about half a year ago, when, noting the distress of small and medium businesses owners in the city who lost significant income following the spike in terrorism, Ayubi was apparently the first to react and initiate action in that matter.Less than a month after the violence started, Ayubi organized a meeting between business owners and representatives of potential supporting bodies – including Elkin and low-ranking municipality representatives. The meeting was successful; distressed business owners felt they had finally found an attentive ear, and the idea to raise a special fund to help the businesses was born that evening. The money came from the government (a close assistant to Finance Minister Moshe Kahlon was also invited) and from Elkin’s ministry, later joined by the municipality.“Ayubi did the right thing, considering the situation on the ground,” says a Safra Square source, “but in light of the tension at that time between the Treasury and the mayor, it was not regarded positively.”The special fund helped many businesses and things were improving, but bad feelings remained.Gilo is developing and enjoying a range of beneficial projects, especially in education. More schools are opening after years of shutting down public schools due to the lack of secular students registering.The bad blood between Ayubi and Safra Square is a small matter compared to some of the serious problems faced by the neighborhood’s leadership, such as the total freeze in the construction that is planned on the slopes of the Gilo heights. Hundreds of housing units designated in equal parts for young secular and religious families and for the haredi sector are in limbo.NIS 100 million is needed to overcome a local but not rare obstacle to implementation of this construction project: the digging, mapping and re-burial of antique graves found on the plot.“This is done to comply with the law,” details Ayubi, “yet no ministry is ready to finance it. I can understand; it is a large sum, but the Gilo local council cannot obviously cover it, nor the municipality.That money should come from the government I think, but so far, no ministry has shown any willingness to take it under its wing.”As a result, the neighborhood’s housing shortage is increasing as many families seek to move to Gilo, for reasons such as good educational institutions, relatively low housing prices and good public transportation.“Since the construction stopped,” adds Ayubi, “we cannot meet the growing demand for housing. I don’t see any solution in the near future.”Moreover, the opening of the last segment of the Begin Highway and its exit to Gilo has created a nightmare for residents. In a letter addressed to the Moriah company (which does the road work), to the Jerusalem police and to the Transportation Ministry, residents demanded an immediate solution to the traffic congestion on Rosemarin Street. Drivers seeking to reach the Homat Shmuel neighborhood have no access other than a U-turn (albeit forbidden there), and thus cause heavy traffic jams that result in up to an hour of waiting.On the verge of total despair, Ayubi is weighing staging protest vigils to stop the traffic at the Begin exit until things are fixed there.