A former philosophy lecturer made mass shooting threats against the University of California Los Angeles and released an 803-page manifesto full of antisemitism, racism and misogyny. 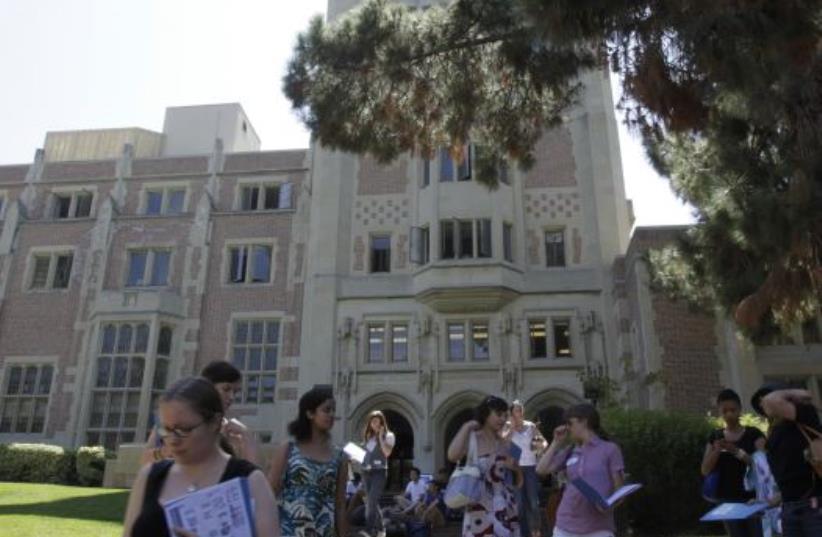 A former philosophy lecturer who made mass shooting threats against the University of California Los Angeles and released an 803-page manifesto full of antisemitic, racist and misogynist rants was arrested in Colorado on Monday.

"Upon reviewing parts of the manifesto, we identified thousands of references to violence, stating things such as killing, death, murder, shootings, bombs, schoolyard massacre in Boulder, and phrases like 'burn and attack Boulder,'" said Boulder Police Chief Maris Herold. He revealed that Harris had "attempted to buy an unknown handgun at a store located in Jefferson County on November 2; he was denied this purchase."

"We are greatly relieved to share that law enforcement officers in Colorado have taken into custody the individual who made threats against some members of our UCLA community yesterday,"  the university said in a statement on Monday. "The threats made yesterday were frightening for many of us and caused our community to feel vulnerable at an already challenging time."

While the police and university did not name the man arrested, a leaked faculty email named Matthew Harris, a former postdoctoral researcher and lecturer at UCLA, as the person that emailed a series of threats to staff and his former philosophy department. Included in some of the emails were his manifesto and a series of videos, including one called "UCLA Philosophy Mass Shooting."

Harris's manifesto espoused hatred, anger, and designs of great violence against Jews, Caucasians, Asians and women, among other groups. Throughout the document, he outlined an erratic black supremacist ideology and claims of his own messianic divinity. He criticized Black Lives Matter saying that it "should have been a terrorist army, not a hip trend." He called on black Americans to rise up in revolution and dominate the world. African Americans "who support terrorism and genocide support themselves," proclaimed one chapter title.

"Violence against Jews should happen. Retaliation and retribution for what they have stolen is legitimate and a good thing," Harris wrote of Jews.

Harris claimed that the Holocaust was exaggerated, but also expressed some admiration for Adolf Hitler, though he criticized him for not going far enough. Harris said that "If [Jesus] was so great the Jews wouldn’t have been able to kill him. He didn’t even invade Poland."

He accused Jews of removing him from social media, and asserted that Jewish women were attempting to replace populations by marrying into them. "The perfect Holocaust is a completed one," read one chapter heading

Harris called for the genocide of white men, who he often paired with Jews as being the sources of societal ailments. "Crack*rs and K*kes shall die."

Some time after receiving the threats, UCLA moved its classes online. However, the university received backlash online over its delayed response in notifying its student body of the threat.