The piece is "the only rendition that I know of that he did of an actual holy site," said a Heritage Auctions VP. 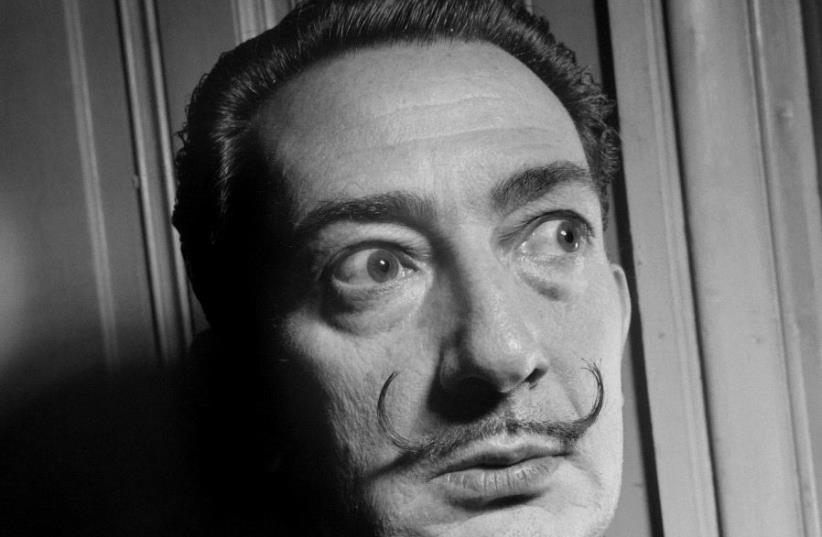 Salvador Dali
(photo credit: AFP PHOTO)
Advertisement
Salvador Dali's painting of the Western Wall, Le Mur des Lamentations, will go on auction November 19 and may fetch as much as $800,000, part of which will go to the Football World Heritage of UNESCO.The painting is signed and dated and has an estimated value of between $400,000 and $800,000. The auction, held by Heritage Auctions, will be the first time the painting is offered on the market, as it has been in a private collection since Dali painted it in 1975. It will be sold with a video of Dali signing the painting as part of a TV interview. “Dalí was an intriguing figure because he was fascinated by religious ideas and subject matter,” Heritage Auctions vice president of Modern & Contemporary Art Leon Benrimon said.“He famously did so many different series on different religious ideas, but what makes this piece really special is that it is the only rendition that I know of that he did of an actual holy site," he said. "It’s a wonderful tie-in of the Western Wall, where all three monotheistic religions congregate.”“I’m so glad to be able to participate in the efforts of FWH UNESCO in collaboration with Heritage Auctions, to declare football as a world heritage of humanity for peace,” said Ambassador H.H. Princess Rani Vanouska Modely who represents the Football World Heritage of UNESCO.“This work by Salvador Dali perfectly fits the UNESCO values as the famous master was very keen on Football, art and diplomacy,” she said.The Football World Heritageof UNESCO works to bring together a global community to declare football as a world heritage of humanity for peace.