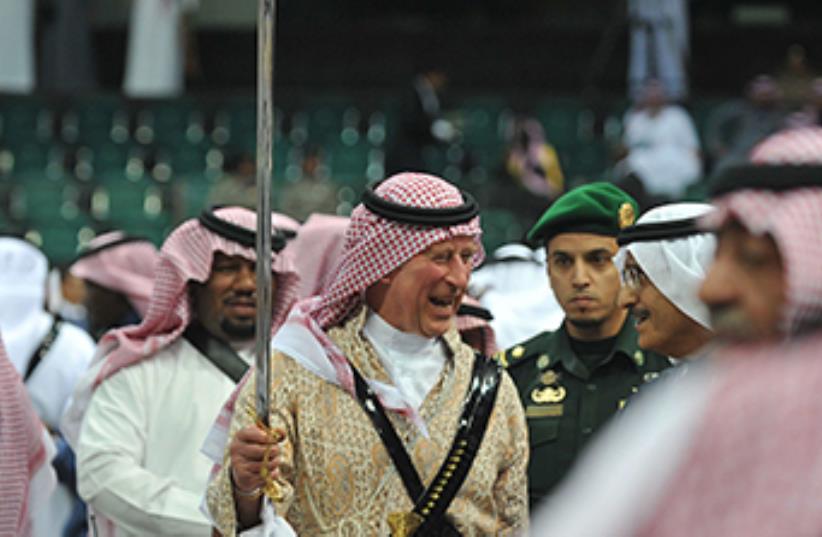 Charles of Arabia
(photo credit: REUTERS)
Advertisement
Prince Charles of England participated in a traditional sword dance, called an Ardah, in Saudi Arabia's capital, Riyadh, on Tuesday. Charles was wearing the traditional robes of the ceremony and preformed the sword dance along with members of the royal family. The Ardah celebrates the 17-day long Janadriya Festival. Originally the dance was preformed before going to war, but now honors cultural events. It is danced with swords and accompanied by poetic chanting and drums. The prince was in Saudi Arabia as part of a short tour of the Middle East. This will have been  the second such tour in just under a year and the tenth official trip that the Prince of Wales has made to Saudi Arabia since 1986.