The alleged would-be attacker was a Jerusalemite in his 30s who made comments online claiming that he would attack Lapid physically and bring him harm, even at the cost of his own imprisonment. 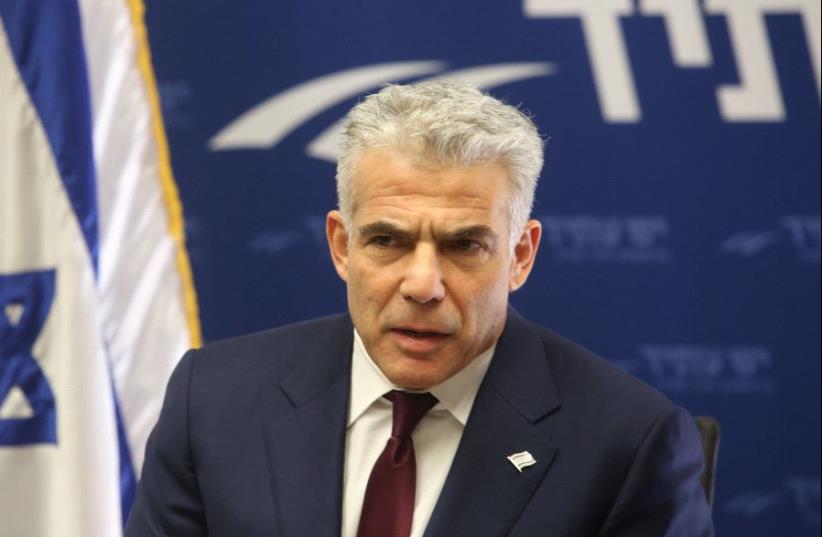 Yair Lapid
(photo credit: MARC ISRAEL SELLEM)
Advertisement
A man was arrested by Israel Police in Jerusalem on Monday for allegedly threatening a political candidate participating in the following day's elections. The candidate, Israeli media reports, was opposition leader and Yesh Atid head Yair Lapid.
The alleged would-be attacker was a Jerusalemite in his 30s who made comments online claiming that he would attack Lapid physically and bring him harm, even at the cost of his own imprisonment.
His comments, Israeli media reported, were on Walla's website, and stated that he would attempt to kill Lapid.
The man was reported to the police and investigated accordingly.
He lived outside of the country but flew in on Monday, supposedly to vote in the elections. Immediately upon landing, he was taken into custody for questioning.
Police are expected to request that the court extend his arrest on Tuesday.
This is not the first death threat against Lapid to be taken seriously and investigated by police. In 2012, when Lapid had just left his journalism career behind to pursue politics, he received death threats on his Facebook page from what turned out to be a 16-year-old from Bnei Brak who threatened that Lapid would end up like former prime minister Yitzhak Rabin, suggesting that he, too, would be assassinated. "The verdict against you is death and anyone who carries it out will be blessed," the teenager wrote at the time. Police had questioned the young man after receiving a complaint from Lapid.In 2013, a man was taken in by police and eventually jailed for death threats against Lapid. The 29-year-old from Petah Tikva had called for Lapid to be hanged "like we hung Haman and his sons," referencing the then-upcoming holiday of Purim.