Which Israeli cities voted for Netanyahu? Which for Gantz?

A city-by-city photo tour of how Israelis voted.

By ZACK EVANS
APRIL 10, 2019 14:00
Benny Gantz and Benjamin Netanyahu rally their voters a day before elections 2019.
(photo credit: SRAYA DIAMANT / MARC ISRAEL SELLEM)
Advertisement
Israel's elections are entering the final stretch with a nail-biting vote count on Wednesday morning.
It now appears that Prime Minister Benjamin Netanyahu's Likud Party has a clear path to build a right-wing coalition. That coalition would consist of Likud (35), Shas (8), United Torah Judaism (8), Union of Right-Wing Parties (5), Yisrael Beytenu (5), and Kulanu (4), for a total of 65 seats.
The opposition will most likely be made up of Benny Gantz's Blue and White (35), Hadash-Ta'al (6), Labor (6), Meretz (4), and UAL-Balad (4), with 55 seats in total.
Election data was made available early this morning via the the Central Elections Council's website, giving Israelis the opportunity to view the results for each city, town - and even specific ballot boxes. (The website, in Hebrew only, can be found here.)
Tel Aviv beach in the summer. MARC ISRAEL SELLEM
Tel Aviv-Yafo
Unsurprisingly, Benny Gantz's Blue and White faction handily won in Tel Aviv-Yafo with almost 46% of the vote. Likud came in second with 19%, followed by far-Left Meretz with 9% and the more center-Left Labor with 8.5%.An aerial view of the Dome of the Rock and the Western Wall. REUTERS/ELIANA APONTE
Jerusalem
Likud won the highest amount of votes in Jerusalem with almost 25%. United Torah Judaism, the Ashkenazi ultra-Orthodox faction, received 23%, while the Sephardic ultra-Orthodox Shas received 14%. Blue and White got 12%, and the Union of Right Wing Parties won 7%.Beersheva. MARC ISRAEL SELLEM
Beersheba
Almost the opposite of Tel Aviv, Likud won 43% of the vote in Beersheba, beating the Blue and White's 18%, while 9.5% voted for Yisrael Beytenu.A holy shrine of the Baha'i faith is seen in the northern Israeli city of Haifa in November 2006 picture. Founded in the 19th century by a Persian nobleman, Baha'i is considered by some scholars to be an offshoot of Islam. The faith sees itself as an independent religion and its 5 million followers. ISRAEL BAHAI/ REUTERS/AMMAR AWAD (ISRAEL)
Haifa
Blue and White took Haifa with 33% of the vote, followed by the Likud with 24% and Yisrael Beytenu with 7%.People attend a Christmas tree lighting ceremony in Nazareth (AMMAR AWAD/REUTERS)
Nazareth
The residents of Nazareth, Israel's largest Arab city, voted 53% for Hadash-Ta'al, and close to 30% for UAL-Balad, 7% for Meretz and 4% for Blue and White.
Peacekeepers patrol along the Israel-Lebanon border near the northern Israeli town of Metula. AMMAR AWAD / REUTERS
Metula
Israel's northernmost town voted 48% for Blue and White. Likud received 14%, and Labor received 11%.The Eilat Orchid Reef Hotel. ASSAF PINCHUK
Eilat
The southernmost city in Israel mostly voted for Likud with 43% of the vote. Blue and White took 26%.
An arial view of the West Bank settlement Modiin Illit (Wikimedia Commons)
Settlements near Jerusalem
In the largest West Bank settlement, the haredi city of Modi'in Ilit, voters opted 80% for UTJ, and 17% for Shas. Just 0.1% (22 people) voted for Blue and White, and three people voted for Hadash-Ta'al.
In the haredi settlement Beitar Illit, 63% of voters chose UTJ, while 26.5% voted for Shas. In Ma'aleh Adumim, a mixed religious-secular settlement just outside Jerusalem, Netanyahu had a very strong showing with 50% of the votes - more than 10,000 people. Ten percent opted for Gantz, while 8% voted for the United Right and just 7% for the New Right. 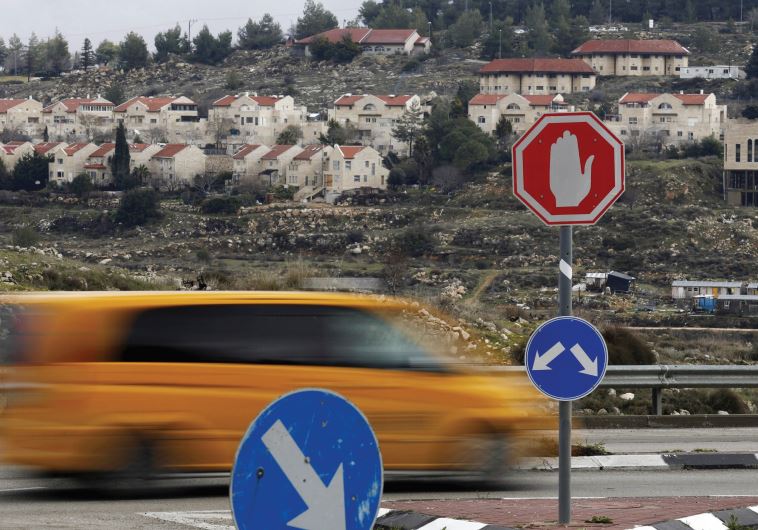 A settlement in Gush Etsion (Reuters)
Etzion blocWhile the New Right party of Naftali Bennett and Ayelet Shaked may not cross the electoral threshold, it was the overwhelming winner in the Etzion bloc. Most of the neighborhoods in the settlement bloc south of Jerusalem gave their most votes to Bennett.Efrat, the largest town in the bloc, went 34% for Bennett, 24% for Netanyahu, 23% for the United Right and 9% for Zehut. Alon Shvut gave 37% of its votes to the New Right, 32% to the United Right and 15.5% to Netanyahu. Neve Daniel went 40% for Bennett, 28% to the New Right and 17.5% to Netanyahu.   In Mevo Modiim, otherwise known as the Carlebach Moshav, the town's 186 eligible voters were fairly split. They went 23% for Netanyahu, 21% for Moshe Feiglin, 18% for the United Right and 11% for the new right.  A general view shows the Jewish settlement of Kiryat Arba in Hebron, in the West Bank September 11, 2018. MUSSA QAWASMA / REUTERS
Kiryat Arba
Located next to the Palestinian city of Hebron, the settlement voted mostly for the Union of Right Wing Parties at 46%, while Likud received 33%. Interestingly, though the settlement is known as a bastion of the far Right, 14 people voted for Meretz and five voted for Labor. 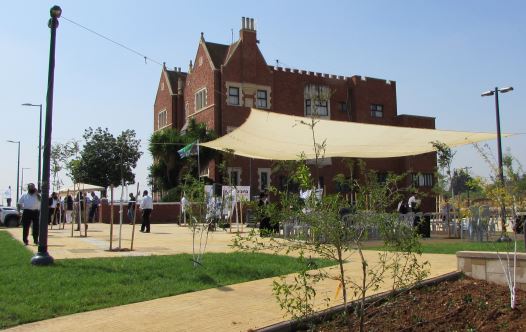 Lubavitcher Rebbe’s Courtyard Park Dedicated in Kfar Chabad (KKL/JNF)
Kfar Chabad and Bnei BrakThe voters of Kfar Chabad opted 56% for the United Right Parties, 19% for UTJ and 16% for Likud. Bnei Brak, the largest haredi city, gave 61% of its vote to UTJ, and 25% to Shas. Likud received just 5% of the vote there, with all other parties falling below the electoral threshold of 3.25%.
Israeli forces take position along the border with the Gaza Strip in the southern Israeli city of Sderot, on November 13, 2018 (AFP)
Sderot and Gaza envelopeIn the cities and towns of the Gaza envelope - which have been plagued by rocket fire in recent months - the voters were split. In the city of Sderot, 43.5% of voters chose Likud, while 10% voted for Yisrael Beytenu 10% for the United Right and just 9% for Blue and White. In the Ein Habesor moshav, 54% voted for Gantz, while 16% chose Likud. In Kibbutz Be'eri, Labor received 45% of the vote, Blue and White 37% and Meretz 14%. In Kfar Aza, 55% chose Gantz, 21% Labor, 8% Meretz and 5% Likud. Umm el-Fahm. Wikimedia Commons
Umm al-Fahm
One of the largest Arab cities in Israel, an overwhelming 80% of residents voted for Hadash-Ta'al, the union of the Jewish-Arab Communist Party and the Arab Movement for Renewal Party, while 12% chose UAL-Balad, a union of Arab nationalist parties. Some 39 residents voted for the Likud.The new country club complex on the Bedouin city of Rahat. Courtesy.
Rahat
In Israel's only Bedouin city, located in the Negev near Beersheba, 48.5% of residents chose UAL-Balad, while 40% chose Hadash-Ta'al.Gadeer Mreeh, a Druze woman running on a ticket alongside former armed forces chief Benny Gantz, stands in her garden in her village of Daliyat al-Karmel, northern Israel March 6, 2019. AMIR COHEN/REUTERS
Daliyat al-Carmel
Some 55% of Israel's largest Druze city voted for Blue and White, 24% voted for Moshe Kahlon's Kulanu Party and 9% of the votes went to Meretz.
Israeli soldiers are seen next to a sign post pointing to the village of Ghajar near Israel's border with Lebanon. BAZ RATNER/REUTERS
Ghajar
The residents of this village are Alawites, the same religion followed by Syrian President Bashar Assad. Ghajar has been the subject of a decades-long border dispute between Israel and Lebanon; most residents hold Israeli citizenship. The village mostly voted for Kulanu, at 37%, followed by Blue and White with 24% and Likud with 15.5%.
Advertisement
Subscribe for our daily newsletter