Why is nobody talking about taxes ahead of the elections?

Doron Arbely, the former director general of the Israel Tax Authority and expert on taxation and regulation, fears that Israel's citizens might all be surprised come the day after the elections.

By EYTAN HALON
People sort ballot boxes as part of preparations for the upcoming Israeli election, during a briefing for members of the media at the Israel Central Election Committee Logistics Center in Shoham, Israel March 6, 2019
(photo credit: AMMAR AWAD/REUTERS)
Advertisement
Netanyahu or Gantz, defense and security, the Nation-State Law, fighting corruption, cannabis legalization, Arabs in the Knesset, and the Supreme Court. Switch on the eight o’clock news any evening, on any channel, ahead of the April 9 Knesset elections, and these are likely to be the issues at the center of a contentious, ill-tempered debate between studio panelists.Yet, according to a survey published earlier this month by the Guttman Center at the Israel Democracy Institute, 25% of the electorate will base their vote on the parties’ positions on socioeconomic issues.For many, both in the Jewish and Arab sector, the state of their finances is the deciding factor in their choice at the ballot box.And while leading parties are promising greater investment in health, transportation and education, questions remain regarding where that extra funding will come from.Even if you look at their manifestos, or those of parties that have manifestos, nobody is mentioning the dreaded word: “taxation.”Doron Arbely, the former director-general of the Israel Tax Authority and an expert on taxation and regulation, fears that citizens might all be surprised come the day after the elections. 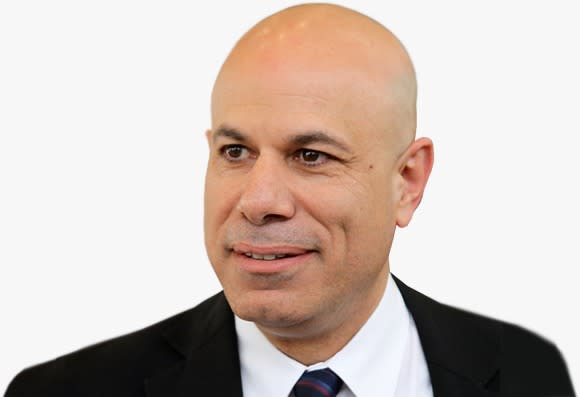 Doron Arbely, the former director general of the Israel Tax Authority and expert on taxation and regulation (Courtesy)“I am very concerned that we, the citizens, will all be surprised that whoever rises to power will say that all those plans they presented – whether in education, health, pensions or welfare – cost money,” Arbely told The Jerusalem Post. “They’ll say there’s a budget deficit and are ‘forced’ to raise taxes.”While increasing the standard rate of value-added tax could bring in an additional NIS 5.5 billion in state revenues, Arbely said, that would lead to all products becoming more expensive.Other possible solutions include making cuts and transferring finances between government ministries, but that will necessarily harm services provided by the ministry now with a smaller budget at its disposal. Widening the fiscal deficit is another option, Arbely said, but that would risk Israel’s credit rating.“The reasons that parties are not talking about taxation are possibly because it’s not popular, and also because I’m not sure they’ve worked it all out. They’ll say we haven’t been elected yet and the [current] budget in any case is until the end of the year,” said Arbely.“But I believe citizens here are intelligent, and they deserve to hear what the parties’ priorities are. Open the budget planner and tell us that they’ll cut here and replace there, so the public won’t be surprised the day after the elections.”Relative to the OECD average, Israel accrues higher revenues from taxes on corporate income and gains, payroll taxes, property taxes, VAT and goods and services taxes (excluding VAT). It receives a lower proportion of revenues from taxation on personal income, profits and gains, and social security contributions than the OECD average.The average household disposable income per capita is significantly lower, however, than the OECD average. After taxes, an average Israeli household earns $24,036 annually, compared to the average of $30,563.In the case of household financial wealth, taking into account the total value of a household’s financial assets, the average Israeli household’s wealth is estimated at $61,805 – considerably less than the OECD average of $90,570.