In his report on local municipal issues, Joseph Shapira said that as of the March 2018 closing date, 38% of Bedouin and Arab students, or 127,000 students, are unprotected in their schools. 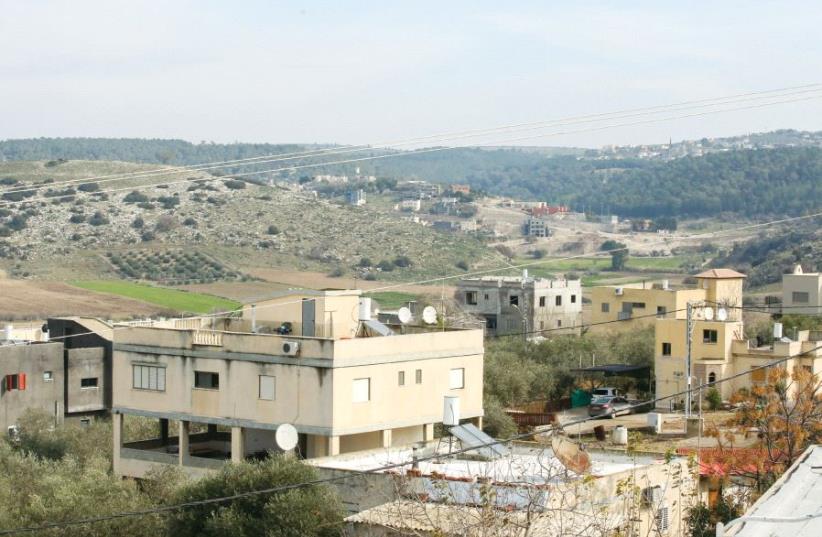 The Beduin village of Khawaled in the North
(photo credit: MARC ISRAEL SELLEM)
Advertisement
Around half of Bedouin and Arabs in the North and the South, or 550,000, lack sufficient protection from rocket attacks in the event of a conflict with Hamas or Hezbollah, State Comptroller Joseph Shapira said in a report on local municipal issues Monday.In addition, the report said that, as of its March 2018 closing date, 127,000 Bedouin and Arab students (38%) are unprotected in their schools. In the Jewish sector, only 11% of students were unprotected in theirs.In general, around two million Israelis (25%) do not have sufficient protection or bomb shelters to escape to in the event of a conflict, making the issue a broad problem. Still, it is most acute in the Arab and Bedouin sector.According to Shapira: “In the non-Jewish sector in the North and the South, the protection and bomb shelter situation is especially awful… The findings of the report require a national effort, both regarding the grave lack of infrastructure and regarding the lack of upkeep and supplies within” any protective structures which have been built.He said that: “The primary threat to the State of Israel’s home front is missiles and rockets… which cause explosions when they strike the ground… [and] structures, and which are likely to endanger people’s lives. Physical protections… are designed to reduce the physical harm and risk to people and the overall number of casualties… they are imperative to confront the threats.”The comptroller’s office received answers to questionaires from 71 local authorities, conducting comprehensive visits on the ground to 14 of them.Only 17 out of the 71 municipalities put out budgets for protection from 2015-2017 despite prior reports warning of a lack of protection, Shapira wrote.Noting that a national task force worked on the issue from September 2014 until July 2016, the report said that the government has failed to take up the task force’s recommendations for two years.AT A LOCAL level, Shapira said that authorities have completely failed to map out what protection and bomb shelter assets they have, devise plans relating to them or pass laws to make sure that these assets are kept up.Giving an example of what can happen in that vacuum, one shelter was taken over by a group just looking for some space. The group, without oversight, altered the shelter in ways which limit its continued effectiveness.On a similar note, many shelters were built by the national authority, but the local authorities failed to outfit them with supplies so that people would be able to stay in them for the extended periods which are expected in the event of a conflict with Hamas or Hezbollah.The IDF responded to the report, alternating between praising its commitment to protecting citizens; blaming historical issues with older buildings; blaming local and other authorities for the problems; and saying that it was in the process of addressing other issues.For example, the IDF said that around two months ago, a NIS 150 million budget was approved to improve protection against rockets for towns within 20 kilometers of the northern border.The military pointed out that “notable percentages of [the budget] are dedicated to the non-Jewish sector.”Pressed to disclose what “notable percentages” meant, the IDF Spokesman’s Office said it would clarify by early evening; at press time there was still no clarification.Further, the IDF stated that it has presented the government with an as-yet-unapproved plan to increase protections for residential areas even 45 kilometers from the border.Various other local and national authorities, including the Education Ministry, also reportedly pointed fingers at each other without taking responsibility.DESPITE THE IDF’s reference to decades-old issues being responsible for the situation, a prior December 2016 comptroller’s report had echoed similar criticism of the state for failing to secure the Bedouin sector in the South.Monday’s report implied that little has been done since then.That report found that despite a High Court of Justice petition demanding equal protection for Bedouin, there had basically been no progress in increasing their safety.In July 2015 and March 2016 hearings before the High Court, the Bedouin slammed the state for ignoring “unrecognized” Bedouin villages. The court noted that rockets do not skip over villages simply because Israel officially does not recognize them.Though the Defense Ministry responded that private citizens have the duty to build their own shelter rooms, Shapira said that Bedouin building plans are rarely approved – meaning essentially they cannot build their own shelters.Another common refrain from the state is that the Bedouin are only one of many groups near the border that are still unprotected and that other villages are in even greater danger.The Bedouin have responded that Jewish villages within the same rocket range have been provided with far more new shelters than they have.The National Emergency Authority (RACHEL) has been making progress in aspects of bomb-shelter coverage for the home front.