They are the subject of the "Submarine Affair", or Case 3000, about which the government might open a state commission of inquiry. 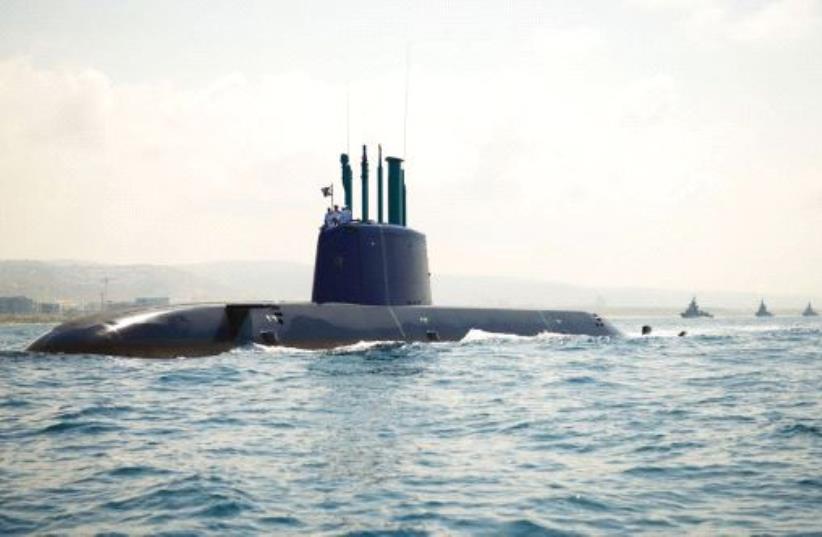 A deal to buy three submarines from Germany that is the subject of a possible state commission of inquiry could be signed in the coming week.

According to a report by Walla News, the ministerial committee that oversees defense procurement met on Sunday to discuss the deal for three Dolphin-class submarines that had initially been approved by Berlin in 2017.

The committee discussed the agreement as well as the budget regarding their purchase, the report said. The cost of the submarines is estimated to be €1.5 billion, a third of the cost being funded by the German government.

On Friday, the offices of Lapid and Gantz announced that the government would vote on Sunday for the establishment of a state commission of inquiry into the so-called “submarine affair,” or Case 3000.

But it was delayed, according to reports in Haaretz, due to the government’s ongoing negotiations to sign the agreement with Germany for the sale.

The submarine affair is an ongoing scandal involving the multibillion-dollar submarine deal with Germany’s ThyssenKrupp AG conglomerate over several years in which the political class has made accusations against former prime minister Benjamin Netanyahu and other officials, including former navy officers.

According to reports, the committee’s work will also focus on the procurement of the three new submarines and Netanyahu’s demand for the purchase of a fourth.

Israel currently has three Dolphin-class submarines and two Dolphin 2-class submarines. They are said to remain operational for approximately 30 years, making them obsolete in 10 years.

While most details about Israel’s submarine fleet are under heavy guard and rarely publicized, the Israel-bound subs in question are said to have 16 multipurpose torpedo tubes that can fire torpedoes and even swimmer-delivery systems.

According to foreign reports, these submarines provide Israel with nuclear second-strike capabilities, carrying long-range cruise missiles with nuclear warheads. The subs, which would not reach Israel’s coast for another decade, are expected to replace the older submarines.

The Israel Navy announced in 2018 that the new submarines would be called “Dakar” in honor of the submarine that mysteriously disappeared as it sailed from the United Kingdom to Israel in 1968 with 69 crew members onboard.

The last location of the INS Dakar, which was on a four-week journey under the command of Maj. Yaakov Ra’anan, was on January 24, 1968, at 6 a.m. around 30 miles southeast of the island of Crete. Israeli ships and aircraft were deployed to search for the vessel along with the help of British, US, Greek, Turkish and Lebanese vessels. Israel was forced to call off the search 10 days later, on February 4. The sub was not found until 1999, at a depth of 3,000 meters (approximately 1.9 miles) between Cyprus and Crete.