The deal costs Israel an estimated €3 billion and would see the submarines reach Israeli shores in 9 years. 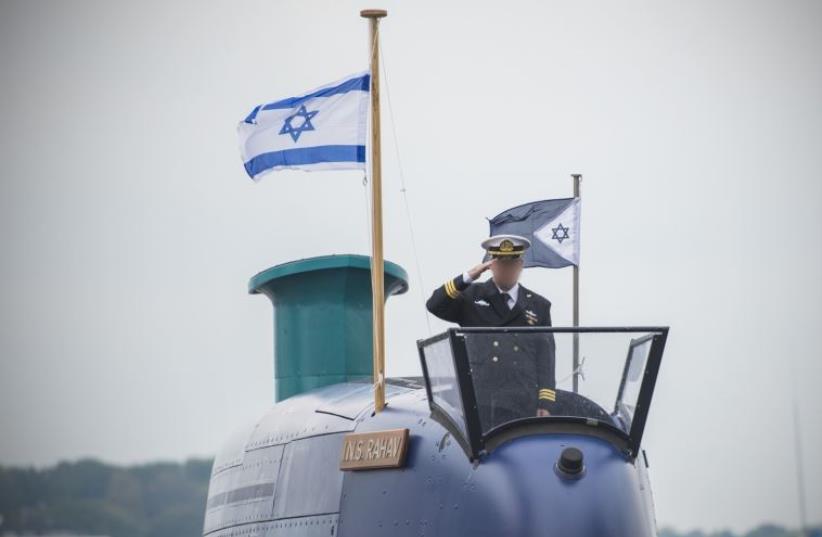 The price of the three Dakar-class diesel-electric submarines will cost more than double the original estimate for a total of around €3b. The German government will fund one-third of the cost, in accordance with an agreement signed between the countries in 2017.

Prime Minister Naftali Bennett defended the purchase despite the hike in price, saying it “significantly strengthens Israel’s national security. The purchase of the submarines will ensure continuity in our capabilities and strategic superiority for years to come.”

The Israel Navy announced in 2018 that the new submarines would be called Dakar in honor of the submarine that mysteriously disappeared as it sailed from the United Kingdom to Israel in January 1968 with 69 crew members onboard.

The first submarine will be delivered within nine years. The agreement also includes the construction of a training simulator in Israel, as well as the supply of spare parts.

Minister of Defense Benny Gantz speaks during a vote on the ultra-Orthodox draft bill, at the Knesset, the Israeli parliament in Jerusalem, January 17, 2022. (credit: YONATAN SINDEL/FLASH90)

“The procurement of three advanced, operational submarines joins a series of measures that we have taken in the past year in the process to equip and strengthen the IDF,” said Defense Minister Benny Gantz.

Thanking the German government “for its assistance in advancing the agreement and for its commitment to Israel’s security,” Gantz said he was confident the new submarines will upgrade the capabilities of the Israel Navy, and will contribute to Israel’s security superiority in the region.

The deal to buy the three submarines was approved by the ministerial procurement committee on Sunday without the public or the Knesset being notified, Haaretz reported on Wednesday, and that “the defense establishment insisted on completing the deal despite the price hike.”

The offices of Gantz and Foreign Minister Yair Lapid said January 14 that the government would vote last Sunday for the establishment of a state commission of inquiry into the so-called “submarine affair,” or Case 3000.

Case 3000 is a scandal involving the multibillion-dollar submarine deal with Germany’s ThyssenKrupp AG conglomerate over several years in which corruption accusations have been leveled against former prime minister Benjamin Netanyahu and other officials, including former navy officers.

However, the vote was delayed, according to Haaretz, due to the government’s ongoing negotiations to sign the agreement with Germany for the sale.

“Since the formation of the government, we have been careful to act openly and honestly in all matters of Israel’s defense procurement,” Bennett said. “We will treat this deal likewise.”

The two officials on Thursday also signed an industrial strategic cooperation agreement that amounts to over €850 million, which includes investment in Israeli industries such as defense companies.

The Defense Ministry said that such an agreement, which was signed with Germany’s Federal Ministry of Economics and Technology, “will result in the opening of new markets, professional training, technological development, employment opportunities and a positive influx for both the Israeli economy and the defense establishment.”

The agreement was led by various departments in Israel’s Defense Ministry, in cooperation with the Israel Navy, the Prime Minister’s Office, the Finance Ministry and the Economy and Industry Ministry.

While most details about Israel’s submarine fleet are under heavy guard and rarely publicized, the Israel-bound subs in question are said to have 16 multipurpose torpedo tubes that can fire torpedoes and even swimmer-delivery systems.