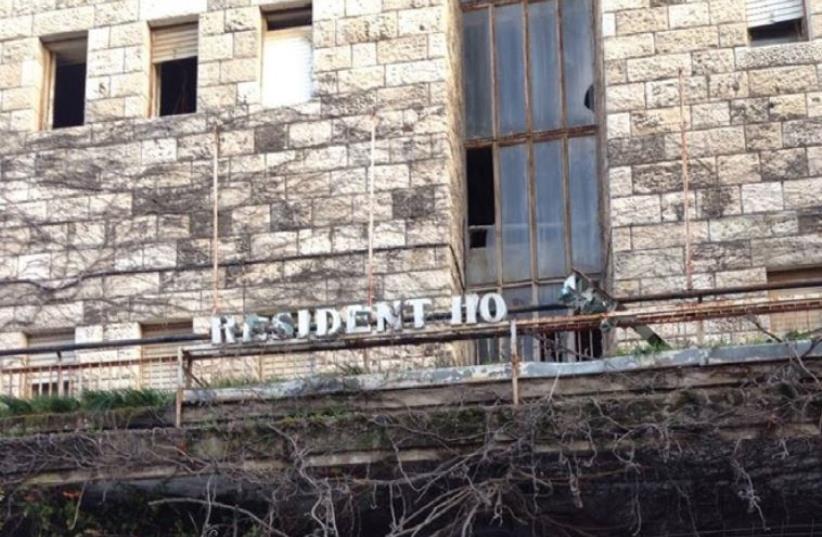 ALL TOO rarely, there comes along a property developer who, inasmuch as he may be interested in reaping a profit, is no less interested in the effect that his investment will have on people living in the property’s immediate vicinity and on the neighborhood as a whole.

Such a person is Nahum Rosenberg, the principal owner of the long-neglected President Hotel and of the Osher Ad chain of supermarkets.

In April 2021, the Talbiyeh Community Council – which is part of the Ginot Ha’ir conglomerate of community councils, which also includes those of the German Colony, Greek Colony, Rehavia, Katamon, Yemin Moshe, Kiryat Shmuel and Nayot neighborhoods – called a meeting of Talbiyeh residents to inform them of coming developments in their neighborhood, and for people to get to know each other and work together for the common good.

The meeting, held at the Prima Hotel, attracted quite a large crowd, and it was interesting to see how many people who lived in such close proximity to each other did not know each other.

The larger of the two hotels was the long-abandoned President, which is owned by Rosenberg, who came along to the meeting to learn what would bother the residents once the project was finished. He assured them that he did not want to do anything that would cause them discomfort.

He did not want to upset anyone, he said, and promised that every complaint would be examined by a panel of legal and engineering experts, who had already examined several complaints and had come up with various options, each of which would be reexamined. The bottom line was that he wanted the project to exist in harmony with its neighbors.

The President Hotel was owned for many years by Africa Israel under the control of Lev Leviev, who rented it out for a time to the Aliyah and Integration Ministry. Leviev was in dispute with the municipality because he wanted to build a luxury residential project on the site, and the municipality insisted on a hotel. Eventually, they reached a compromise that there would be both a hotel and a residential complex, but the plans never materialized. The hotel was sold to the Rosenberg group, and the company to the Dayan family.

The interior of the hotel was gutted, and the exterior continued to deteriorate while the Rosenberg group finalized construction plans and waited for approval from the District Planning Committee and the municipal Planning and Construction Committee. Obtaining such approval is often a very long process, as is presently the case.

The interim solution to making the long-neglected building habitable and useful was for Rosenberg to reach an agreement with Yakir Segev, the head of Social Initiatives, an NGO that works nationwide to transform neglected and abandoned buildings into hubs for social initiatives. Initiatives in Jerusalem include the old Shaare Zedek hospital on Jaffa Road and the Clal Building, also on Jaffa Road.

Over the next five years, the President Hotel will become a branch of the Talbiyeh Community Council, and inter alia will include artists’ studios and living quarters for lone soldiers, after the premises have been suitably rebuilt and spruced up.

The Rosenberg group will not receive any kind of remuneration. Rosenberg sees this as a means of at least temporarily serving the needs of the community – and regards this as a contribution.

■ ELECTRONIC, PRINT and digital media on Thursday and Friday of last week devoted much time and space to honoring the memory of entertainer turned ultra-Orthodox Rabbi Uri Zohar, and it was reported that despite all the traffic problems related to the Gay Pride Parade, thousands of people attended his funeral at Har Hamenuhot Cemetery. Yediot Aharonot, in addition to telling his life story on its news pages, at the last minute redesigned its special supplement for Shavuot and made Zohar the cover story, with ample text and photographs inside.

But, strangely, the bereavement pages in the major daily newspapers were devoid of mourners’ or condolence notices related to Zohar, with one exception. Jerusalem Mayor Moshe Lion, on behalf of the city council, placed a large advertisement in Yediot and Israel Hayom lamenting Zohar’s demise. On Monday, there were also editorial items about Zohar, but an absence of condolence notices.

When a wealthy business executive dies, the papers are full of condolence notices and mourning tributes to the deceased. But when it isn’t someone with a finger in many business circles or major organizations and institutions, the notices are very few.

English-speakers at the OU Israel Center

■ ALONG KEREN Hayesod Street on Saturday night, the predominant language was English, as immigrants from English-speaking countries, tourists and gap-year students made their way to the OU Israel Center, where all the lectures for the evening were in English. The synagogue-cum-auditorium at the Israel Center was packed to overflowing, and the center’s program director, Rabbi Sam Shor, had to keep organizing for extra chairs to be brought in.

People came long distances to hear the speakers. Rabbi Avi Berman, executive director of OU Israel, walked with his young son Mordechai from Har Nof and said it took an hour and five minutes. Rabbi Moshe Hauer, executive president of the Orthodox Union, was visiting from the United States and had come to see his mother, Rabbanit Miriam Hauer, who, earlier in the day at Hazvi Yisrael Synagogue, delivered a lecture in Hebrew on the Book of Ruth.

Rabbi Hauer admitted that this was only the third time in his life that he had celebrated a religious Jewish festival in Israel. The first time was when he was still a pulpit rabbi. After he had served his congregation for eight years, members decided to send him and his wife to Israel for Passover to celebrate with his parents. They took their children with them. It was the first time that the youngsters had celebrated Seder with their grandparents.

The best thing about Shavuot, other than the learning opportunities and the cheesecake, was that although there were a few cars on the road, there were no scooters or motorbikes in Rehavia-Talbiyeh and immediate surrounds on Saturday night or Sunday morning – an almost forgotten joy.