This week in Jerusalem: Remembering Tzipi

A weekly round-up of city affairs

There are moments when people, who seemingly are not supposed to agree on anything, react differently than expected and work together for a worthy cause.

This happened last week, at a meeting of the municipality’s Names Committee, when ultra-Orthodox, religious and secular representatives voted unanimously – contrary to the recommendation of the professional committee – and approved naming a street in Jerusalem after municipal reporter Tzipi Malkov, who died three years ago.

Malkov dedicated her life to Jerusalem, after she became a widow when her husband, paratrooper Mulli Malkov, fell in the Yom Kippur War. Tzipi covered the city and the functioning of the municipality and the elected representatives in the city council without prejudice and with loyalty to only two principles: the truth and what was in the best interest of the residents.

Deputy mayor Yossi Havilio initiated the proposal, and obtained Mayor Moshe Lion’s personal support. However, prior to the committee meeting, a recommendation was received from the professional echelon, who believed that a city street should not be named after her yet.

But the city council members in the committee, haredim, secular and religious, all decided to ignore the recommendation and, in accordance with their authority, support Malkov’s memory, three years after her death from an illness. In the coming days, another municipal committee will decide which Jerusalem street will be chosen to commemorate Tzipi Malkov. 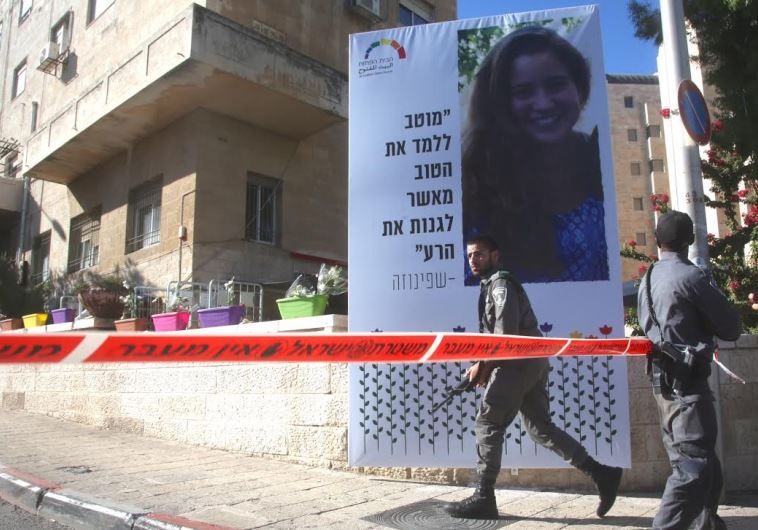 During a “Jerusalem Shabbat” activity held last Saturday in the Baka neighborhood, the artist who performed there refused to let girls from the audience volunteer to participate in the show. According to deeply hurt parents there, he explained to them – and to the very disappointed little girls – that these were the instructions he had received.

Following an inquiry by some of the parents, however, it appears that there were no such instructions, and the official response they obtained from the municipality was that the artist’s attitude was in no way compatible with the instructions he received, and he actually acted in violation of Safra Square’s guidelines. Following the incident, officials at the municipality have clarified that the procedures will be clarified to community administrations and operators, to prevent any such incident from happening in the future.

Some of the heavy stone tiles on the walls of the major building that is part of the Danya Shopping Center have fallen recently, so far without causing any injury. Residents turned to the municipality and asked that checkpoints be put around, but until the beginning of this week, no action had been taken by the city’s authorities. According to residents, the stones that fell have not even been removed yet.

Considering that the square and the commercial building were renovated only three years ago, there is high concern in the neighborhood that the danger could be even larger and that part of the building itself may not be safe. Residents also said that more stones could fall on the sidewalk, where parents with strollers and children, the disabled and the elderly pass by, so it is a problem that should be resolved immediately.

Meanwhile, the municipality has fenced around the place where the stones fell, and the owners of the building were sent a request for reinforcement work, but nothing has been done for two weeks. If work is not done to remedy the situation by the end of the month, the municipality announced that it will act against the property’s owners. For now, the building is under surveillance.

The lack of registration to kindergartens and elementary schools among those in the city’s public non-religious stream for next school year raises concern among the parents’ association. It says that the Education Ministry and the municipality should be responsible to invest effort and money to keep classrooms and schools open, even in case of low registration.

As this school year reaches its end, parents across the city and the association representing them are concerned that the municipality will hand over more classrooms or even whole school buildings to the haredi (ultra-Orthodox) stream, which suffers from a serious shortage of venues.

Over the years, this situation has been a continual source of tension between the different sectors, but the municipality did so because it says that there are no budgets from the ministry that could enable keeping public school classrooms almost empty while haredi children study in very difficult conditions. Without disregarding the need for additional classrooms for the haredi stream, parents of the pluralistic sector request getting the funds necessary to build for the haredi sector without closing non-religious schools that have lower registration.

The price of hatred

In 2015, during the Jerusalem Pride Parade, 16-year-old Shira Banki was murdered by a haredi extremist. Her parents have since been very involved in various activities aimed to lessen hatred in the public discourse among different sectors.

This year, the family has decided to go for a mass mobilization campaign aimed to enable the continuation of the activities of Derech Shira Banki – the non-profit they have created to promote Shira’s vision. The association promotes a more moderate and healthy society where extremist and vociferous minorities will be pushed to the margins.

The campaign reached NIS 650,000 within a week, through 1,981 donations that have been made so far, with the largest contribution being NIS 50,000. By now, about two-thirds of the fundraising target has been obtained, money that will be used to continue promoting Derech Shira Banki activities to the secular and religious, Right and Left, Jews and Arabs, students and soldiers.

A brawl that broke out last Saturday night in the A-Tur neighborhood left four people severely injured. It was the second round in an on-going conflict between two large families living there. Neighbors say that these two families have frequent quarrels over many issues, which more than once have ended up in large brawls where dozens of men throw stones and wooden and iron rods at each other.

This time, since guns were also used, the fear in the neighborhood is that things will lead to more gun violence, and that it is just a matter of time before someone is killed, if the police do not intervene soon.

An exhibition of photographs of stuffed animals is running at the iconic Tmol Shilshom café-restaurant in Nahalat Shiva in the city center, curated by Liora Wise. “Life in Doubt” presents Jerusalem stuffed animals photographed during the years 2009-2022 at the Museum of Nature, the Biblical Zoo, Paul’s House, Givat Ram and the Jerusalem Bird Center. The photos are by Prof. Dana Arieli and the exhibition is accompanied with texts by Shlomit Naim-Naor, a Jerusalem poet and educator. Arieli is engaged in research and photography. In her research, as well as in her work, she focuses on the interrelationships between art and politics in totalitarian regimes and democracies.

Since 2009, Arieli has been working, among other things, on the Phantoms project, which focuses on the remnants left behind by dictatorships around the world and examines the culture of memory in the various policies, and even the ways in which the trauma is visually expressed.

Tribute to the graduates

The Jerusalem Municipality will hold a tribute conference for Jerusalem teens who are graduating from high school and will begin either military, national or civilian service. As part of the conference, there will be a military performance on behalf of the IDF, national service associations for volunteering, and youth organizations. A gift will be distributed to each participant at the end of the event.

The conference, the first of its kind in the city, is organized by the Youth Department and the Municipal Center for Significant Service Beit Nehemia, and will be held on Sunday, July 3, at 6 p.m., at the Jerusalem International Convention Center.