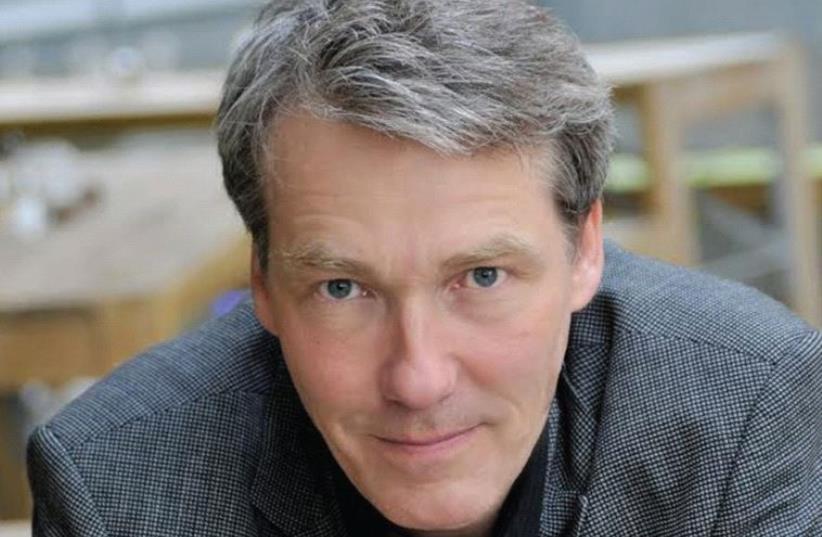 Raimund Nolte
(photo credit: Courtesy)
Advertisement
German bass-baritone Raimund Nolte will perform in Bach’s Mass in B Minor at the Israel Chamber Orchestra’s season opener on September 13 and 14 in Tel Aviv.Nolte is a highly sought artist, with numerous successful performances on Europe’s most prestigious operatic and concert stages to his credit. Yet as a young man, he was not sure that singing would provide him a steady income.“In addition to music, I studied mathematics to become a high school teacher,” says Nolte in a phone interview on the eve of his Israeli tour. “I felt I needed to acquire a ‘real’ profession. At the age of 20, I was a little afraid to become a singer. I am a bassbaritone, and it took a lot of time for my voice to develop. So I continued my music studies. I played viola, I sang in the Musica Antica Koln ensemble, I kept studying and singing privately. In my mid-20s, I finally decided to opt for a career as a singer.”As a musician, Nolte is a person of wide interests.“At first, I sang a lot in various Medieval and Baroque music ensembles. I also sang Bach. To become a true singer, you need to sing in operas and in concerts. So when I felt that I had developed my voice enough, I started singing in operas – first in Dusseldorf and then in the Komische Oper in Berlin. Yet even becoming an opera singer, I never gave up singing in oratories. I have to admit that this is not simple, especially in Germany, where they put you in a specific category – you’re either an opera singer or a concert singer.But I always made it a point to be both. But again, schedule-wise this is quite complicated because being part of an opera production, you are lost to the world for several months. You cannot say, “Sorry, I am not singing on that specific date.’” Why did he start with early music as a young singer? “Baroque music, that of Bach for example, is like mathematics – you can divide it. It’s rhythmic, somewhat abstract, less emotional. I grew up on this music. But later, when my voice developed more, I noticed that Romantic music, such as Wagner, was very good for my voice. And if you are a bass-baritone, it is possible to do both Baroque and Romantic. This summer I was in Bayreuth singing in Tristan and Isolda, and a few weeks later I will sing Bach in Israel. I love this variety,” he says.In Tel Aviv, Nolte will perform the bass-baritone part in Bach’s Mass in B Minor.“I love this piece because it includes elements of Bach’s old and new styles. And there also are two amazingly beautiful arias for bass. They are also very difficult – one is very low, and the other very high. It actually is for a baritone, but my voice, which covers two octaves, allows me to sing it. That is why I am often asked to perform in this piece. I made two different recordings of this mass, and I have performed it in concerts about 100 times,” he says.This is not Nolte’s first appearance in Israel.“I first performed in Israel some 25 years ago as a choir member. It was Vespers by Monteverdi. I also sang the solo part in the Mass in B Minor with the Camerata under Avner Biron. I also remember vividly a wonderful series of concerts with the Netanya Kibbutz Chamber Orchestra in autumn 2012, when we performed Bach’s St. Matthew’s Passion. For me, as a German Christian, singing Jesus in Israel with an Israeli orchestra for a Jewish audience, it was a very special experience,” he says.Bach’s Mass in B Minor will be performed by the Israeli Chamber Orchestra under the baton of Ariel Zuckerman. With soloists soprano Clair Meghnagi; contralto Avital Deri; bass-baritone Raimund Nolte; and tenor Eitan Drori, as well as the Chamber Choir of the Jerusalem Academy of Music and Dance.September 13 and 14 at 8:30 p.m. at the Tel Aviv Museum of Art. Tickets: (03) 518-8845 or www.tickets.ico.co.il