'After Rome' tells the story of childhood friends from Bosnia.

Given the ongoing regional backdrop of altercations and violence we Middle Easterners are used to, the new production of After Rome should strike a chord or two over here.

The English-language play, written by New York resident Yasmine Rana, is based on the tale of childhood friends from Bosnia whose paths cross, many years later, in the Italian capital.

Both have suffered tragedy, largely as a consequence of the Bosnian War in the early 1990s, and share their personal takes on violence, love and displacement.

The latter is also something with which anyone who has made aliyah, even if the move was the result of one’s own free will, should be able to identify.

The production here will take place at the Khan Theater in Jerusalem, February 15-17 and 22-24 (all 8 p.m.), and is directed by US-born Israeli C.B. Davies and produced by CBDB Productions. 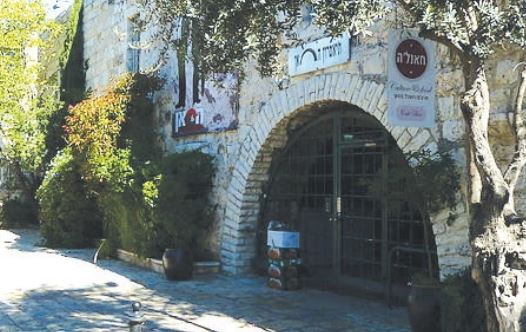 Rana has a good idea of whence the aforementioned sentiments hail, with regard to the locale in question. She worked in Bosnia, soon after the war ended, as a teacher of English as a second language, and her portfolio features several plays that primarily address trauma and conflict.

The Khan run is the result of a chance intersection around seven years ago.

“C.B. and I met years ago in New York in the elevator of T. Schreiber Studio and Theater,” Rana recalls. “He had just seen Terry Schreiber’s production of my play, Blood Sky and had a copy of [Rana’s 2011 work] The War Zone is My Bed.”

Naturally, the two chatted briefly, and Davies left with a prized memento of the encounter, as well as a harbinger of the current undertaking. “I signed his book saying we’ll work together one day in the future,” Rana adds. And so it, eventually, came to be.

That was followed by yet another serendipitous development. “Fast-forward, in the spring of 2020 at the height of the pandemic, I came across my name and play Paradise, mentioned in a blog/wish list by C.B., discussing the plays he would like to Zoom produce.”

That did the trick and opened up the veritable floodgates on this side of the world. “I reached out to him, and we made it happen,” says the writer. “After Rome will be our third collaboration.”

“We’ve had a very interesting relationship since March 2020,” says the director. “We’ve been working virtually on some of her plays, including After Rome. We did a reading of one of her plays called Paradise.”

Davies began to dig into Rana’s back catalog, and a thematic thread began to emerge.

“She gave me a previous play of hers called The Fallen, which is also about the Bosnian War, and specifically about the systematic rape that took place there,” he explains. “It was about the relationship between a mother and daughter, and how the traumatic events of the Bosnian War and the rape that happened affected them.”

That could have worked out as a litany of horrific incidents, but Rana worked a healing process into the story line, and relates how the women manage to pick up the pieces and continue their lives.

The writer-director chemistry was clearly there, and Rana soon suggested that Davies try his hand at After Rome. “She told me it had never been produced before and that she wanted it to be produced,” he says.

Davies was suitably enthused but was faced with negotiating the pandemic logistics. “I told her we were still in the middle of lockdown, and I said we could do it virtually,” he notes. And so that came to be.

By that time the director had already accrued something of a track record of circumnavigating the Health Ministry COVID-19 constraints and virtually producing Rana’s work. “We ended up doing a virtual production of it, in December 2020. We did Paradise in March 2020. We did The Fallen in July 2020. There were three actresses who acted in The Fallen and Yasmine asked for them to be in After Rome, too. That worked out pretty well.”

RANA HAS been mining the rich seams of the emotive stories she gathered about the Bosnian War for some time now. It has spawned several works and, presumably, there may be more where that lot came from.

“After Rome is actually an unintentional, unplanned trilogy beginning with Returning and The War Zone is My Bed, followed by The Fallen, and now After Rome,” she explains, adding that she was keen to see how the cataclysmic events impacted the women’s psyche, and how they would work through that and, possibly, achieve some sense of closure. “I wanted to explore the personal trajectories of my characters who were first introduced at the height and rawness of conflict. I was curious to witness their evolution and determine how they made peace with their surroundings and within themselves.”

Rana would be happy for us to take that on board, mull over, and maybe even work some of that into the way we go about our own business. “I would like audiences to respond to the resilience of these characters whose friendship and love for each other reflect their humanity.” That sounds like a wholesome and mutually beneficial lesson to be learned, and put into practice, particularly in this post-pandemic day and age.

Davies goes along with that line of thought and emotion. He feels empathy is core to the thematic substratum of After Rome and the understanding that, at the end of the day, all the dots join up. “I found the play has a very strong message to people in the world today, particularly artists, and that as long as we understand we are playing a role and it is about people’s stories, we can be on stage and portray that – even if we haven’t experienced the actual events ourselves.”

Then again, unfortunately, the core of the play resonates far beyond geographic and cultural demarcation lines. “After Rome happens to be about two Muslim women, from Bosnia, who were displaced and had traumatic experiences because of the war. Their relationship was damaged because of that, and then 25 years later they have a whole conversation about their guilt, how they felt and who they are today.”

Davies identifies with that, and the message Rana conveys in the play. “War is universal, all around the world, how it affects everyone, and the trauma is universal. We feel this in Jerusalem. In our conflicts and history, we have trauma. This is a story we can also understand.”

For now, Rana, who has Indian and Jewish roots, is unable to come over here, but at least we will be introduced to her work, through a corporeal live performance rather than the Zoom variety.

“I am absolutely thrilled and honored to have my play produced in Jerusalem,” says Rana. “This is a dream come true as I feel very connected to Jerusalem’s vibrant culture and artistic community.”

Let’s hope that by the time she is able to visit herself, some of those themes of friendship and the basic skill of listening to each other will have filtered through.