Grandaddy treated the fans with three encores, including an enthusiastic rendition of “Stray Dog and the Chocolate Shake.” 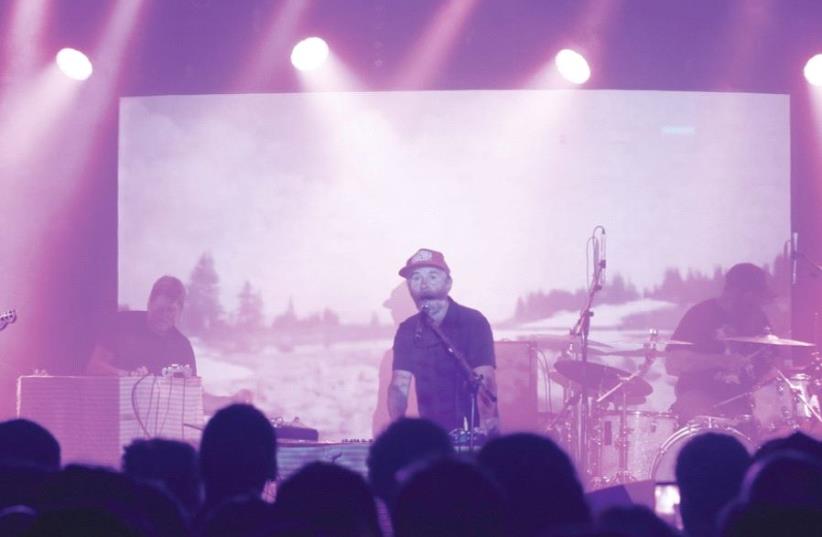 At a quick glance, the members of Grandaddy look like a bunch of average, working-class Joes. From lead singer/guitarist/keyboardist Jason Lytle and drummer Aaron Burtch’s baseball caps to all five musicians’ nondescript garb and nonchalant presence, they could easily be mistaken for neighbors down the street. But the indie band hailing from Modesto, California, an average-Joe city in the state’s fertile Central Valley, is anything but simple.Playing last night in the second of back-to-back sold-out shows at Tel Aviv’s Barby Club, Grandaddy showed its avid, middle-aged fan base that while simple and sophisticated may make strange bedfellows, they also can make great music.Founded in 1992, Grandaddy’s spacey, neo-psychedelic rock is distinguished by a mix of analog synthesizer and fuzzy guitar, bass and drums on the one hand, and Lytle’s simple, sweet and innocent voice on the other. Hailed in the early 2000s as “the next Radiohead,” Grandaddy has been compared to The Flaming Lips, Elliott Smith and even ELO, while Lytle’s vocals and vibe bring up shades of Neil Young, Eels’ Mark Oliver Everett, and REM’s Michael Stipe.The juxtaposition of simple and sophisticated was apparent from the get-go of last night’s show. Opening with “Hewlett’s Daughter” from the band’s most successful album, The Sophtware Slump, Lytle’s soft vocals were intertwined with the synthesized sounds of keyboardist Tim Dryden and the straightforward and solid guitar and bass guitar of Jim Fairchild and Kevin Garcia.With the jam-packed crowd singing along with the band throughout much of the night, the band served up a selection of classic tracks in the first half, including “El Caminos in the West,” “The Crystal Lake,” and “A.M. 180,” Grandaddy’s first hit from its 1997 debut studio album, Under the Western Freeway. The group, which broke up between 2006 and 2012, also played a few songs from its most recent album, Last Place. Renditions of “Way We Won’t,” “Evermore,” and “I Don’t Wanna Live Here Anymore,” showed that despite its hiatus from stage and studio, the band hasn’t missed a beat.As the show moved into its latter stages, the soft-spoken Lytle opened up a bit, jokingly calling Grandaddy a low-rent version of The Lips, and labeling the crowd “so sweet.” Then demonstrating the band’s dichotomy yet again, Lytle launched into a slow piano solo to open the melancholy “Jed’s Other Poem” (“Beautiful Ground”), followed by the upbeat “Now It’s On,” featuring backup vocals by Garcia.The show came to a crescendo with Grandaddy’s turn-of-millennium anthem, “He’s Simple, He’s Dumb, He’s the Pilot.” And with shouts from the crowd begging for more, Grandaddy treated the fans with three encores, including an enthusiastic rendition of “Stray Dog and the Chocolate Shake.”Shortly before the show’s close, the typically laconic Lytle shared how Grandaddy wasn’t ready for Israel until now, while reminding those in attendance that sometimes, good things are worth waiting for. Hopefully, the thousands of fans who experienced Grandaddy this week won’t have to wait too long for the band’s next visit.
Advertisement
Subscribe for our daily newsletter