Dining: Paraliya, a jewel in the Crowne Plaza 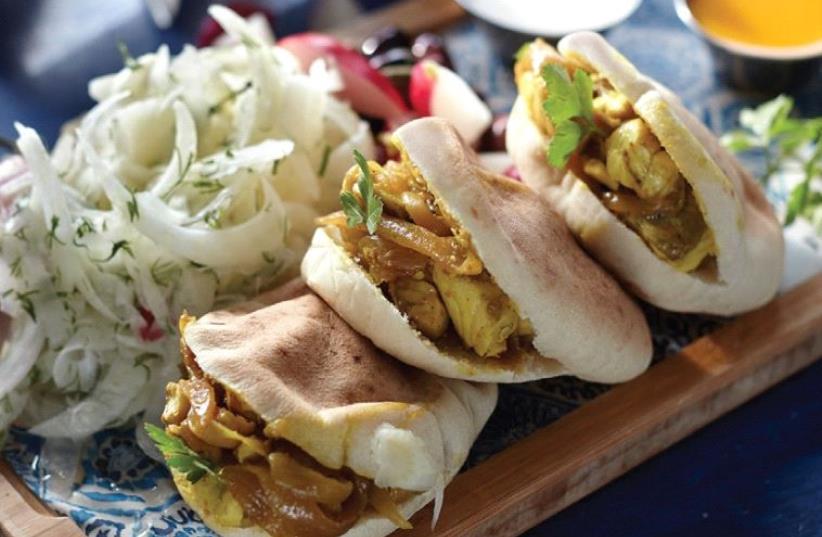 Paraliya restaurant
(photo credit: PR)
Advertisement
You go to most restaurants for the food; others, for the location. Paraliya rates high in the second category, but the food is good as well. Located right on the oceanfront in Tel Aviv’s Crowne Plaza Hotel, you could hardly ask for a better setting.Upon being seated, the first thing you’ll notice is that the Tel Aviv beach and the Mediterranean Sea are in view from every table.The menu, which features a little bit of every major kosher meat group, as well as fish and vegetarian options, is eclectic but with a Mediterranean touch.The manageress was very knowledgeable about the menu and had many suggestions tailored to our preferences.We began our meal with the house bread (NIS 15). This crisp rendition of a divine dough was accompanied by olive oil touched with a reduced balsamic vinegar, sweet red pepper tapenade and a spicy salsa.It was then on to the beef tartare (NIS 52). I know, beef tartare is not the most visually appealing dish in the world, so if you eat with your eyes, this might not be the best choice. But if you were to make an exception once in a while, I think it’s worth it in this case. The dish had many good elements to it, including a slight hint of spicy mustard that gave it a kick.Next up was fish falafel (NIS 45) served with aioli lemon sauce and coriander. A huge fan of fried fish, I wasn’t disappointed. The falafel was crispy on the outside and soft on the inside. Every bite was delicious, and the flavors melded well together.This was followed by a Caesar salad (NIS 42), which was delicious, crunchy and perfectly dressed. The romaine had a surprising sweetness that complemented the bitterness of the endive. The croutons were crusty but saturated with dressing flavor.Fresh anchovies and soft boiled egg were a nice touch.For mains, it was recommended that we try the fish shwarma (NIS 150). Presented in three relatively small warm pitas with side servings of tehina and amba, this dish was lightly seasoned, super moist and delicate, and totally un-fishy.Next up was skewers of beef fillet (NIS 130) on a bed of polenta. The meat was well seasoned and had a nice juicy chew. However, I found the consistency of the polenta to be a bit too runny and the taste too bland.We were then presented with the sanya fish (NIS 87), which proved to be a big winner. Served on a bed of roasted potato slices and covered in a sweet tehina sauce, the dish was exquisite in presentation and flavor, and the delicateness of the fish was a good contrast to the other, stronger flavors.For dessert we tried the chocolate souffle (NIS 38) and knafeh (NIS 35).They went well with coffee and ended the meal on a perfect note.The writer was a guest of the restaurant.Paraliya Kosher Crowne Plaza Hotel 145 Hayarkon St., Tel Aviv