Fleeing BDS, Belgian stage director brings a taste of Sex and the City to TA

Having been ostracized in Antwerp's artistic community, Noémi Schlosser breaks into Israel's theater scene with a comic production about love, sex and relationships. 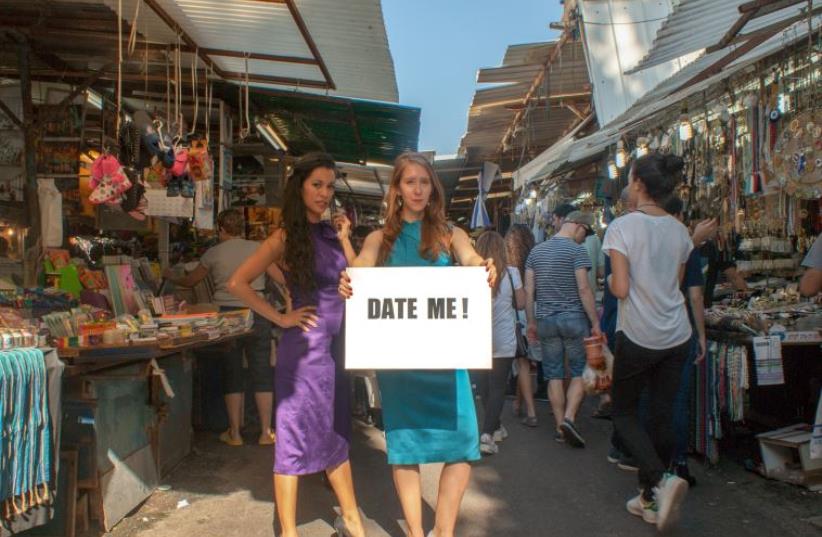 DATE ME in TLV! actresses advertise the show
(photo credit: DANIEL HOFFMANN (THEWORLDBYAJEW))
Advertisement
Noémi Schlosser has been active in the Belgian theater since the age of six. Growing anti-Semitism and anti-Israel sentiment  in the past few years, however, have isolated her in the arts community in her home city of Antwerp, eventually driving her to Israel where she is making her debut with a play entitled DATE ME in TLV!
“There has always been anti-Semitism in Belgium but in the last few years it really imploded,” Schlosser tells The Jerusalem Post.  She explains that particularly after last summer’s Operation Protective Edge in Gaza there was a significant shift, with the arts community toughening its stance against Israel. Schlosser, who had been in Israel that summer had - as ever-- been vocal in her support of Israel.  She is somewhat of a public figure in Belgium when it comes to the subject of the Israeli-Palestinian conflict, making both radio and TV appearances. She didn’t realize quite how much this would affect her career until she directed a show called TRAKTORFABRIK, a tragicomedy inspired by the war diaries of Russian war journalist and writer Vasily Grossman.
To Schlosser's delight, the show had received the support of the EU, the Belgian government and the city of Antwerp, totaling a sum of over 60,000 euros. “I had been in the business a long time and finally had received proper funding,” she recalls. But when the play hit the stage, nobody from the artistic community showed, nor did the press deem it fit to cover. “I was ostracized,” Schosser asserts, expressing absolute certainty that her lack of audience was connected to her pro-Israel stance and events in Gaza the previous summer. She had gone from full audiences of 800 people to a scanty viewership of 16. “It burned my career- I’ve been put out of the artistic community. People don’t talk to me, and when they do it’s to react to my pro-Israel posts on social media.”
Schlosser made the decision to move to Israel last year, following the attacks on the Charlie Hebdo satirical newspaper and the kosher supermarket Hyper Cacher in France. In neighboring Belgium, the authorities decided to provide extra security to Jewish quarters, which according to Schlosser resulted in further ostracization of the Jewish community. People were indignant that the Jews were receiving extra protection, she explains. Schlosser felt "stung" by her countrymen."I lost my love for Belgium over the past couple of years, because I feel like they don't love me anymore," she laments. "I'm grateful for everything I got there but it's not my home anymore," she adds, stressing that she doesn't even feel it's safe to wear her Star of David around her neck there.
Looking for love in the Big City
Potential Jewish suitors comprise another element that draws the 37-year-old singleton to the Holy Land. "I want to be part of the Israeli nation, I want to vote and live here and I want to find a husband," she declares. Though Schlosser hasn't officially made aliya yet, that hasn't stopped her from taking Tel Aviv's dating scene by storm. She laughs that even in the lead-up to the showcase of DATE ME in TLV! -- for which she has done the writing, producing, directing, PR and marketing -- she has still been out on the town every night. 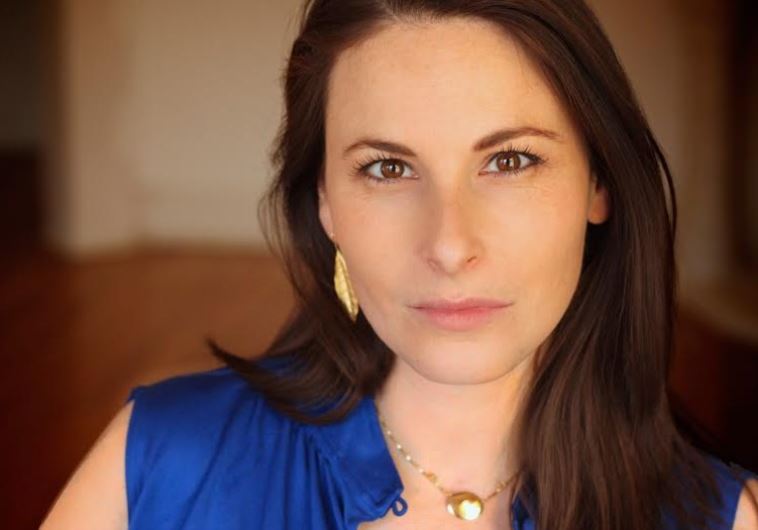 Her own dating experiences in Israel’s Big City alongside stories from friends provided Schlosser with the inspiration for her comedic show about dating, sex and relationships in Tel Aviv. The turnout for the showcase was a huge success, with every seat in the house warm at Tel Aviv’s Ozen Bar. Actresses Ayala Shiftan and Yifat Sharabi regaled the audience in both English and Hebrew with tales of dashed romantic hopes and humiliating liaisons, before a panel of “sexperts” took questions from hilarious host  Molly Livingstone and members of the audience. Panelists included a marriage therapist and relationship coach, a matchmaker, and a men’s dating coach.
The subject of Tinder and today’s fast-paced “swipe culture” was inevitably raised minutes into the discussion. Contrary to expectations, matchmaker Ariel Wolkowicki said the popular app has in fact boosted the matchmaking profession: “People realize swiping ain’t working-  and then they call me!”
Other issues that drew heated debate included the concept of “the one”, which was also the theme of a central scene of the play. Dani Levitt, who teaches shy male clients the art of wooing said too much focus on "the one" can ruin a man's interaction with his date. Meanwhile, relationship coach Micki Lavin-Pell advised the audience to "focus on being the one yourself rather than on finding the one - you've got to make yourself the one."
Moving forward, Schlosser will be working with different partners to organize matchmaking events, single's parties and discussions about the importance of love for olim (new immigrants) trying to integrate into Israeli society and make a successful aliya.
"DATE ME in TLV! represents everything one shouldn't be doing when dating, the two characters are parodies and exaggerations, almost archetypal representations of the slightly bitter lonely aging woman and the easy sleazy girl," Schlosser says. "However, their mistakes are hilarious, while opening the possibility to introspect and question oneself."
The show will open in full production next spring and Schlosser hopes it becomes the must-see comedy show next summer in Tel Aviv. The show will offer performances in both Hebrew and English to accommodate all audiences.