In addition to the German films, the Tel Aviv International Children’s Film Festival will feature a program of Israeli films. 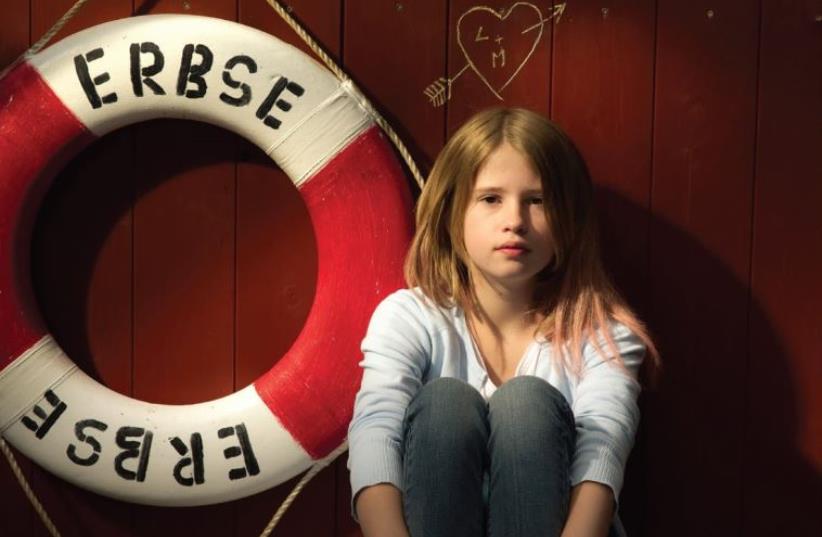 ‘Lola on the Pea’
(photo credit: Courtesy)
Advertisement
‘It’s an honor to go around the world with these films, and a special honor to go to Israel and show these films to children there,” says Michael Harbauer, the director of Schlingel, a Germany-based international children’s film festival. He will be in Israel this week to present four films from Schlingel at the 11th Tel Aviv International Children’s Film Festival, which will take place at the Tel Aviv Cinematheque from July 2-8.“These films are all close to reality, they show children a side of life they can understand and relate to,” he says.The four films from Schlingel that will be shown in Tel Aviv are geared for children up to the age of about 12, and they are the Focus Germany program of the festival. The rest of the festival features more than 40 movies for children, 4-19, from around the world.Fiddlesticks, directed by Veit Helmer, is geared toward little kids. It tells of a group of young children who live in a town that is considered the most average in Germany. However, they manage to have above-average fun with their grandparents, who come up with all kinds of inventions, and with a coati.The popular young people’s novel The Pasta Detectives was adapted into a movie of the same name. Directed by Neele Leana Vollmar, it’s a detective story about two kids, one of whom has Asperger Syndrome, who solve a mystery.“This film is the story of a great friendship, and two boys who are really different learning to work together,” says Harbauer. “It was a very popular book and a very important movie.”Pettson and Findus is a cartoon based on the book by Sven Nordqvist, about the adventures of a grumpy farmer and his cat, and was directed by Ali Samadi Ahadi.Lola on the Pea, directed by Thomas Heinemann, is another book adaptation. Lola tells the story of a girl who is trying to cope when her father leaves the family. She befriends a Kurdish boy, whose family is in the country illegally, and through their friendship starts to understand the world better.“Children enjoy this movie and they also learn something from it,” says Harbauer. “And it’s interesting that the children, through their friendship, have the power to bring the adults together.”These are some of the most popular films from the Schlingel Festival, which screens films in a large theater that seats 1,500. This festival, which is located in Chemnitz, began in 1996 and features children’s films from around the world.In addition to the German films, the Tel Aviv International Children’s Film Festival will feature a program of Israeli films.Among these are the recently released 10% My Kid by Uri Bar-On, about a man’s attempt to bond with his girlfriend’s daughter; Guy Nattiv’s The Flood, the story of a family that goes through a crisis and some big changes when their teenage son with autism, who has been living in an institution, is suddenly sent home; and Hilla Medalia’s Dancing in Jaffa, a charming documentary about a special program to teach Israeli kids ballroom dancing.There is an international competition that features movies from such countries as India, Belgium, Holland, Ireland, Australia, New Zealand, Sweden and Italy.There is also a special program of documentary films by children, sponsored by the Children’s Channel On HOT, the Ministry of Education and the Lahav Nonprofit Association for the promotion of social values, which have run a program to teach children to make movies for 13 years.The festival also includes many other programs and special events.For more information and to order tickets, go the Tel Aviv Cinematheque website at cinema.co.il.