Once you know more about what tastes good for you and about the options you have, plant-based eating is very easy. 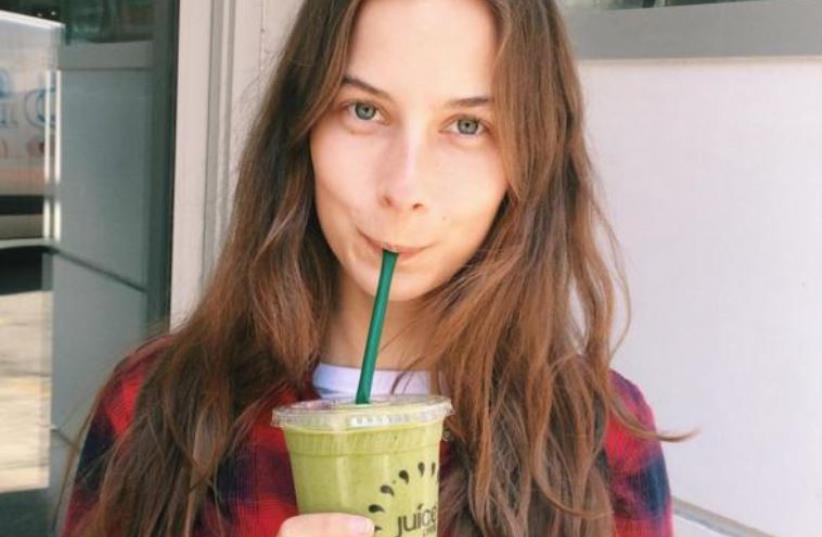 Kirsten Kaminski (The Tasty K)
(photo credit: TAKEN FROM @THETASTYK INSTAGRAM)
Advertisement
Trending on social media today are the food recipe videos followed religiously worldwide. In an interview with The Jerusalem Post, German-born Kirsten Kaminski speaks about her plant-based, healthy contribution to this tasty trend. Though during the day, Kaminski is completing her master’s in conflict resolution at IDC in Herzilyah, on her free time, she posts and shares plant-based, healthy vegan food videos and recipes to her website, The Tasty K.Though a vegetarian for the past eight years, Kaminski decided to take the chance on becoming vegan after realizing the benefits that the change could make for her health.“I always had iron-deficiency and health problems. I would have to take a nap most days because I did not have enough energy, and my iron levels were always not that good,” she said. “All the knowledge that I had about food was from my parents, and so I just started to learn more about healthy eating and plant-based eating, and watched a lot of movies. And then I just decided, ‘okay, I’m going to give it a try.”After changing to plant-based eating, Kaminski immediately saw positive results, and told JPost, “I don’t need sleep anymore and I have so much more energy, and I lost weight—all the amazing stuff that could happen, happened. So for me, now, there’s no going back. It’s so easy for me, when I’m seeing all of the benefits.”
The Tasty K Banana Choco Chip Ice Cream
Though she admitted that living in Tel Aviv, where individuals are health-conscious and most restaurants have vegan menus, makes it very easy to “veganize” the food around her, she realized that much of that health-consciousness was missing in the social media food videos that filled up her newsfeeds.When asked about the challenges involved in her lifestyle, she mentioned “it just takes a bit of time to get used to new food choices. Because food is a big part of your daily routine, you have to think a bit more about it. And once you know more about it and what tastes good for you and about all of the options that you have, it’s very easy.”Toward the end of February, beginning of March, Kaminski started a self-funded Facebook page, where she posted videos similar to the ones by Tasty and Buzzfeed that were plant-based and healthier. Though the page was just a small idea, the videos actually went viral. “It was crazy because it grew so fast, and it was pretty amazing because all I wanted to do was spread the knowledge about all of the amazing benefits that I got from it to more people and possibly help people with it,” she said. With over 80,000 followers on Facebook to date, she told JPost, “I didn’t expect for it to grow that fast.”For Kaminski, the purpose of her videos is mainly educational and informative. Though she acknowledges that animal rights play a large role in veganism, Kaminski feels as though it is easier to change people’s views about food when you make it about them, about their health and their bodies.  On her website, aside from delicious recipes and appetizing pictures, she discusses her philosophy, emphasizing words and phrases like “plant-based eating” and “health benefits” rather than “veganism”.One of the biggest achievements for her so far has been influencing her friends to educate themselves on their bodies and their health. In the interview, she mentioned that she is “trying to be as healthy as possible and to have the happiest lifestyle for her,” so receiving messages from her friends, her followers, and families that have begun to take their own journeys toward healthier lifestyles through her videos has been self-gratifying. Though her Facebook page is self-funded, she hopes that one day she will be able to make money from these videos and this philosophy, adding, “I would love to spend my time doing this and trying to help people instead of looking for another job that maybe isn’t that much fun.” She is currently working in collaboration with other companies, such as Alpro, Athleta, and Gap, who help promote and share her label and videos. She attributes most of her growth, however, to her social media followers and Facebook friends.When asked about her recipes, she said that she gathers inspiration from everywhere—social media, friends, restaurant menus—and she just figures out a way to “veganize” it and make it healthier.With no background in cooking, she admitted that it was a pretty random idea, but she is happy that she made this change for herself and could help others learn about alternatives for their lifestyles as well.The most popular recipe she has shared are the summer rainbow rolls, though her favorite are the raw vegan snickers bites, adding that she often makes them for herself and her friends because they are the perfect sweet treats.For more information on The Tasty K: http://www.thetastyk.com or The Tasty K on Facebook.