Peru at the Sheraton 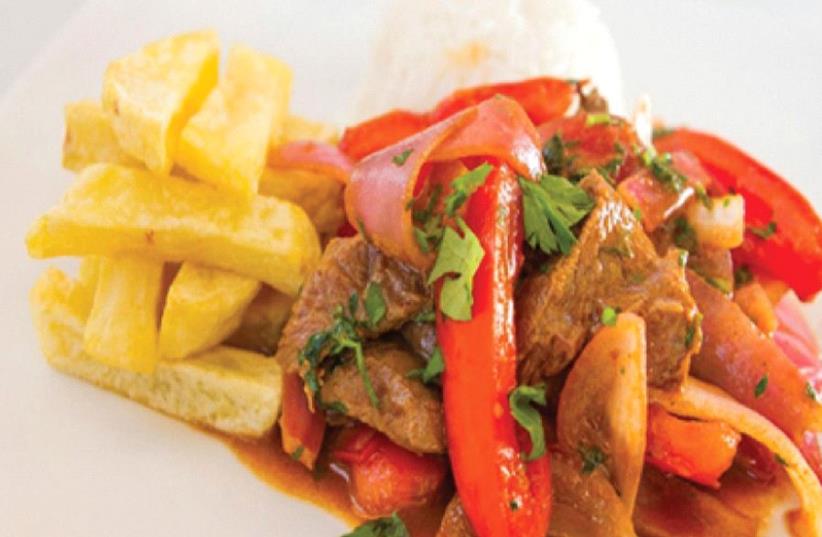 Sheraton Hotel's restaurant
(photo credit: PR)
Advertisement
Peru is a popular destination for traveling Israelis who are drawn to Machu Picchu and other attractions.Israel-Peru relations have mainly been good since 1957 when the two countries first exchanged ambassadors. The current Israeli ambassador in Lima, Raphael Singer, is the son of British immigrants Renee and Maurice Singer, who made aliya many years ago.Trade between Israel and Peru is increasing, and it was timely for the Sheraton Tel Aviv to hold a Peruvian evening recently to underline the burgeoning commercial ties between the two countries.A Peruvian celebrity chef, Pedro Luis Guimet, was brought over and gave the invited guests some insights into the mysteries of Peruvian cuisine.The champagne reception held on the balcony of the hotel’s Olive Leaf restaurant, with a three-piece band in national costume playing Peruvian music, augured well for the rest of the evening. We were able to inspect some of the food products Israel is already importing, such as jars of asparagus, quinoa and the lucuma fruit juice, which is being touted as a wonder product. It is said to contain beta-carotene, iron, zinc, calcium, protein and vitamin B3. In Peru, it is known as “the gold of the Incas.”As we watched the red ball of the sun sink slowly into the Mediterranean, we munched on tiny potatoes dipped in mayonnaise, and good local smoked salmon. Then it was time to troop into the restaurant itself to get down to the serious business of eating.The first course was the ubiquitous ceviche, which was unheard of 20 years ago and is now a feature of many elegant dinners. This one was slightly different, as it had strips of fried goujons, as well as the more usual raw ones. The ceviche was good – lemony and slightly peppery, with a yellow pepper sauce that complemented the strips of sea bass.For the main course we were promised fillet of beef with savory rice, but surprisingly it turned out to be small pieces of meat somewhat lost in a mountain of spicy rice. The dish arrived from the kitchen almost cold. The promised crispy potato curls had congealed into an unattractive lump. Not an auspicious offering.Dessert proved to be more rice, this time as a kind of rice pudding flavored with lucuma. The surfeit of rice did nothing to improve the impression the meal left on the diners.Gastronomically it was not the hotel’s finest moment. Hopefully the Olive Leaf, which used to be one of Tel Aviv’s best restaurants, will get itself back on track.The writer was a guest of the restaurant.Sheraton Hotel115 Hayarkon, Tel Aviv Tel: (03) 521-1111