Pierlot says that the “Bach’s Journey” program puts the composer’s music in historical perspective and compares his music to that of Buxtehude who preceded him and Rameau who followed him. 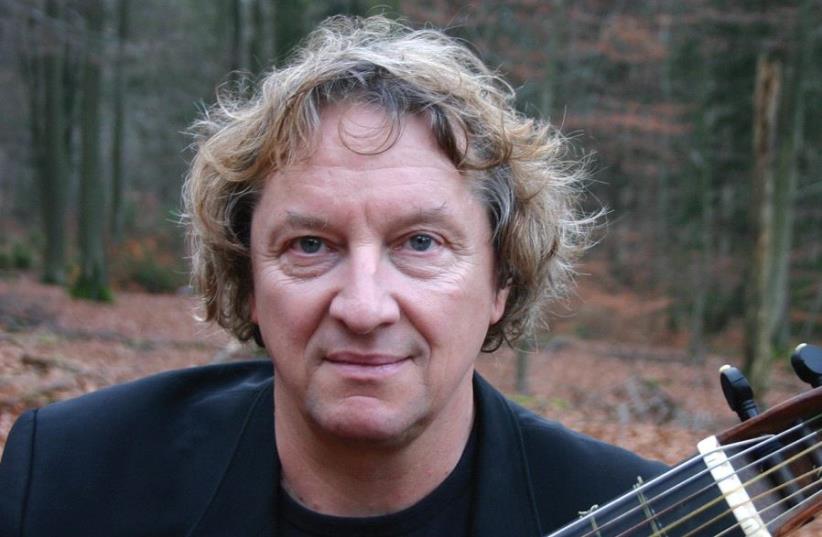 Philippe Pierlot
(photo credit: COURTESY OF THE JERUSALEM BAROQUE ORCHESTRA)
Advertisement
Following the success of the First Bach in Jerusalem Festival in 2016, the Jerusalem Baroque Orchestra will once again hold a festival to celebrate the birthday of one of the greatest composers of all times.The event will take place in Jerusalem from March 20 to 25. The Jerusalem YMCA Hall, known for its fine acoustics, will serve as the festival’s home, with a few concerts in Tel Aviv, Haifa and Beersheba.The festival hosts local and international artists, such as conductor Andrew Parrot from England, viola da gamba player Philippe Pierlot from Belgium, soloists from Israel and abroad (such as Keren Motseri, Guy Pelts, Avital Deri), early music ensemble Baroccade and the New Vocal Ensemble. The central piece, Bach’s monumental Mass in B Minor, will also be performed in Tel Aviv, Haifa and Beersheba. The program also features chamber concerts and recitals, a concert of composer Shem Tov Levi together with soprano Claire Meghnagi, an Israeli premiere, a show for the entire family by internationally renowned Israel-based clown Fyodor Makarov and more.Pierlot, a prominent viola da gamba player, a researcher of early music and the founder of the acclaimed Ricercar Consort, is coming to Israel from Belgium for the first time, together with several members of the ensemble. They will present a program called “Bach’s Journey,” which includes pieces by Bach and other prominent composers of his era.In a phone interview from his home in Vierviers, Belgium, the musician talks about his attraction to early music, his ensemble and the concert program.“I was lucky," says Pierlot. “As a young musician, I played guitar and was interested in early music. In Liege, the city of my birth, there was a very active music university. It organized an early music ensemble, which gave me an opportunity to play lute for the first time. And then I saw the viola da gamba and discovered a fantastic repertoire that exists for this instrument. And I just decided to become a musician. That is how it all started, in the late 1970s,” he recounts. “Again, I was lucky to meet one of the pioneers of historically informed performance Sigiswald Kuijken and studied with him.”What is special about the viola da gamba? “It has a very special deep sound, which is regarded as the closest to the human voice.”Pierlot also plays also the baryton. “It is sort of viola da gamba, which has additional metal strings. And a player can pluck them with his left hand like a harp, accompanying to himself,” he explains.A huge repertoire was written by Haydn for this instrument.Is it the element of research that attracts him, among other things, to the music written so long ago? “ Absolutely. It is fascinating. You can see it even in the name of our ensemble. Ricercare is Italian for ‘research.’ Rediscovering pieces that had not been performed for some 300 years is like digging for treasures. That is what we have been doing with my ensemble,” he says.Many things are known about how music of, say, the 19th century used to be performed, but how do musicians know that their interpretation of 17th-century music is close to how it sounded at the time it was written? “Granted, there are many things that we shall never know. Also, a lot has changed since then. The notation was very minimal, as compared to the detailed indications of how to play the music we see today. Also, music education was different. Conservatories, which were introduced later, made it more uniform; while in the past, students just learned from a master. So the question is not whether your performance is right or wrong because you will never be. But the more information you have, the better. Some basic knowledge you can obtain from treatises, and it’s important to play the right instrument. One should learn about the composer and his circumstances and how his music was performed. I believe that the beauty of a performance is in the details. And also painting – its esthetics – can be useful. In other words, the spirit of the epoch,” he says.Ricercar Consort was established in 1985. Originally it was a recording company whose aim was to rediscover forgotten works and composers. Rediscovering pre-Bach religious music was among its major projects.“At the beginning there was no a real organization, just a group of musicians and friends,” Pierlot recalls. “In the late 1990s we rebuilt the ensemble and switched from rediscovering to performing famous pieces, such as Bach’s Passion and Magnificat. We also started cooperation with the French Mirare Records label. So now instead of rediscovering the repertoire, we are rethinking how we will perform it,” he says.In regard to the concert in Jerusalem, Pierlot says that the “Bach’s Journey” program puts the composer’s music in historical perspective and compares his music to that of Buxtehude who preceded him and Rameau who followed him.

For a detailed program and reservations: www.en.jbo.co.il
Advertisement
Subscribe for our daily newsletter