Theater review: In the tunnel

Is there, can there be a solution to the awful and utterly predictable Israeli/Palestinian cycle of violence? Can we ever retreat from the barrage of buzzwords that form the narratives of both sides? 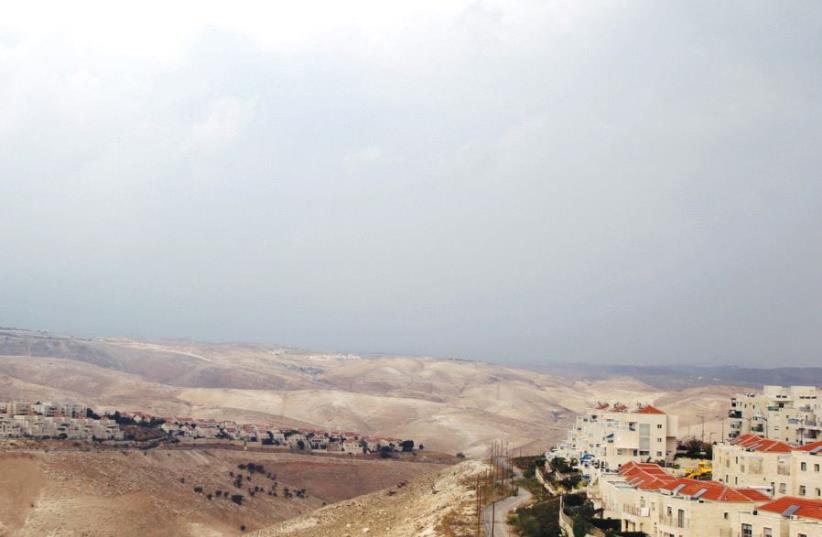 BETWEEN BILLS to annex illegal outposts and overlooking the rulings of the Supreme Court, the government has sought unilateral solutions to a complex conflict
(photo credit: REUTERS)
Advertisement
IN THE TUNNEL
By Ro’i Chen
Directed by Irad Rubinstein
Gesher TheaterIn the Tunnel, at the end of which there’s supposed to be a light – or not. The audience gets to choose before the show, deliberately. Is there, can there be a solution to the awful and utterly predictable Israeli/Palestinian cycle of violence? Can we ever retreat from the barrage of buzzwords that form the narratives of both sides? The tunnel of the title is both obvious metaphor – as in tunnel vision for one – and place. Hamas-built, it runs from Gaza into Israel. In it a firefight ensues after which a supposedly dead Israeli is positioned over a mine, the tunnel is blocked at both ends and there’s a standoff between determined young Hamasnik Hisham, played with unwavering virtuosity by Firas Nasser, and on-the-edge-of-hysteria IDF conscript Tzlil, played by Ido Mosseri with equal skill and fervor.Except that the Israeli isn’t dead, and he’s a 40-year-old reservist named Yiftach who’s supposed to be home in time for his daughter’s bat-mitzvah. Micki Leon makes him a wonderful study of both aggrieved frustration and a desperate hopefulness.Above them on Michael Karamenko’s brilliant bisected set is a kind of sunny boardwalk that is literally the stage for the idiocies that pervade our lives; a popular morning TV show starring one Karnit Bar-Sela, aka the here gorgeously ditzy Karin Seruya, and politicians’ empty phrases, uttered by Alexander Senderovitz, Yuval Yanai and Uri Yaniv as, respectively, gloriously and puffed-uppedly, a Senior Israeli Official, Senior Palestinian Official and UN Peacekeeper Thomas Handfiller.Above and below ground, Chen’s brilliant, ironic, deliberately over-the-top satire “judges everybody” – as Chen and Rubinstein write – and what happens, or not, forms the meat of the play. Rubinstein’s direction is fierce, precise, unrelenting and hilarious. There’s a bit where they smoke some pot... but I’m not going to be a spoiler.In 1997 Hanoch Levin gave us Murder, a searing, bloody indictment of the vicious cycle of murder and revenge, murder and revenge, laying the onus a tad more than somewhat on Israeli policy following the victories of 1967, but not excepting the Palestinians. It was a warning.Yes, In the Tunnel does belabor the point a bit, but then we Israelis don’t tend to listen. In the Tunnel doesn’t warn. It shouts. And at both sides.“Nobody’s ever neutral,” says Hisham. “There’s no such thing as ‘neutral.’ There’s indifferent.”That’s what we are, says In the Tunnel. Violence and hate are shrugged aside as an inextricable adjunct of our lives.The audience voted “no” the night we were there. Is that what we want?
Advertisement
Subscribe for our daily newsletter