A selection of great things to do over the coming week and over the weekend. 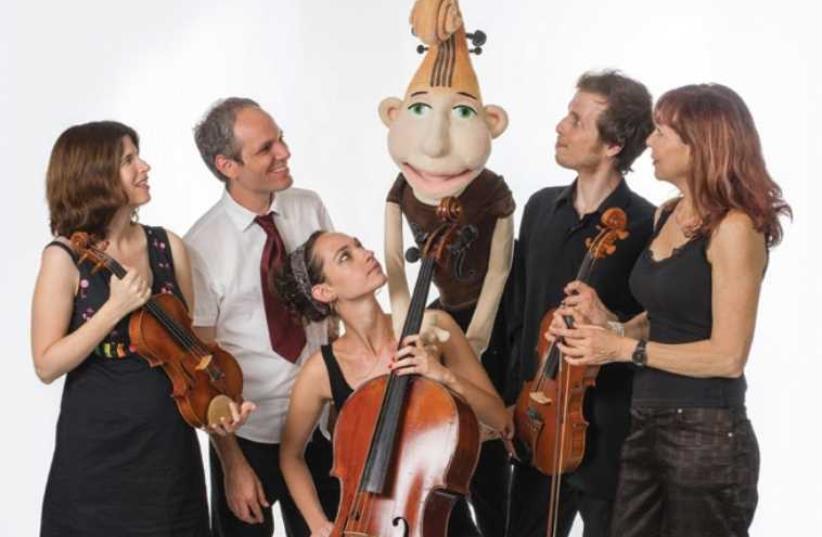 The Tel Aviv Soloists Ensemble.
(photo credit: PR)
Advertisement
1. FILM:  Mad Max: Fury RoadIn the film Mad Max: Fury Road, Max is haunted by his past and believes that the best way to survive is to travel on his own. However, he joins a group of riders who escape into the wilderness from Imperator Furiosa’s forces but manages to grab an item from tyrant Immortan Joe. In response, he amasses his gangs for a brutal war against Max and the rebel riders. With Tom Hardy, Charlize Theron.2. TELEVISION: Louie The highly acclaimed TV comedy series Louie is back for a fifth season. The series revolves around the daily life and strange adventures of Emmy-winning comedian Louie C.K. and his intrepid search for love and humor. The new season (written, directed and produced by Louie) is expected to be lighter and funnier than ever.Tuesdays at 11 p.m. on YES Oh and YES VOD HD.3. DANCE: Dancing with MessiahThe Shalem Dance Center will present Naharin Ritual by choreographer and artistic director Rubi Edelman. Before the performance there will be a lecture (in Hebrew) by a guest speaker. The dance deals piece with Zionism, Messianism and art in the post-modern era. Its aim is invoke thought about the phenomenon of blind adulation of leaders and cultural icons.

5. TRADITIONAL DJ Renowned DJ and producer Shantel from Frankfurt, Germany, travels the world spreading his electro-Balkan and upbeat world music. He has worked with Gypsy brass orchestras, connecting traditional music to the current club scene. He will be joined by the Israeli Jewish Monkeys band, known for their rhythmic pop, Mediterranean rock and Balkan music.Thursday at 10 p.m. at the Yellow Submarine in Jerusalem. For tickets and more information, call Yuval at 054-919-6227; (02) 679-4040.

6. JERUSALEM UPBRINGING Musicians Elad Gabbai and Eliyahu Dagmi join forces to interpret the traditional culture they grew up with in Jerusalem’s rich complexity. They perform original works, in piyyut and instrumentals, as well as arrangements of familiar pieces from the Middle East, packaged in an artistic Jerusalem production.

Thursday at 8:30 p.m. at the Confederation House in Jerusalem. For tickets, call (02) 624-5206 ext. 4; *6226.7. CHILDREN: Singing night and dayThe Tel Aviv Soloists Ensemble will perform a special concert for children. The ensemble will host three opera singers, who will present a magic-fantasy musical featuring legendary stories, with arias and duets from the best-known operas of all time by composers such as Mozart, Rossini, Kurt Weill and Humperdinck. The children will try to figure out whether the Princess of Light and the Prince of Darkness will succeed against the plot of the evil Queen of the Night. (In Hebrew.) Thursday at 5:30 p.m. at the Rozin Auditorium in Tel Aviv; Monday at 5:30 p.m. at Einan Hall in Modi’in. For tickets, call 054- 693-4439; (08) 973-7333/0.

8. ART: Children's world The international program of the Musrara School of Art presents an exhibition by Loretta Lux. She gained recognition for her ability to present a different and challenging perspective in the way we see and understand children.Sunday through Thursday from 10 a.m. to 5 p.m. at The New Gallery in Musrara, Jerusalem. For more information, call Mira at 052-703-0504; 9. MIXED BAG: Wine & Song The Salute 2015 wine festival will take place at Hatahana in Tel Aviv. The festival will introduce revelers to nearly 50 wineries (which will be located in pavilions within the facility), including large and wellknown wineries, as well as high-quality boutique wineries. There will also be live music that includes vocal jazz bands and Latin music.Thursday from 6 to 11 p.m. at Hatahana in Tel Aviv. For more information, call Aviva at (03) 641-9030; 052-324-4769.

10. MADE IN JERUSALEM In honor of Jerusalem Day, Beit Avi Chai is hosting a three-day festival of artwork by young Jerusalemites, as well as the participation of dozens of creators from the fields of music, cinema, stand-up comedy, poetry, literature and more. Featuring a meeting of eight young poets, stand-up comics and spoken word performance and music by Marsh Dondurma, Victoria Hanna, Shai Tsabari and more.Tuesday to Thursday at Beit Avi Chai in Jerusalem. For tickets and more information: (02) 621-5900; www.bac.org.il.
Advertisement
Subscribe for our daily newsletter