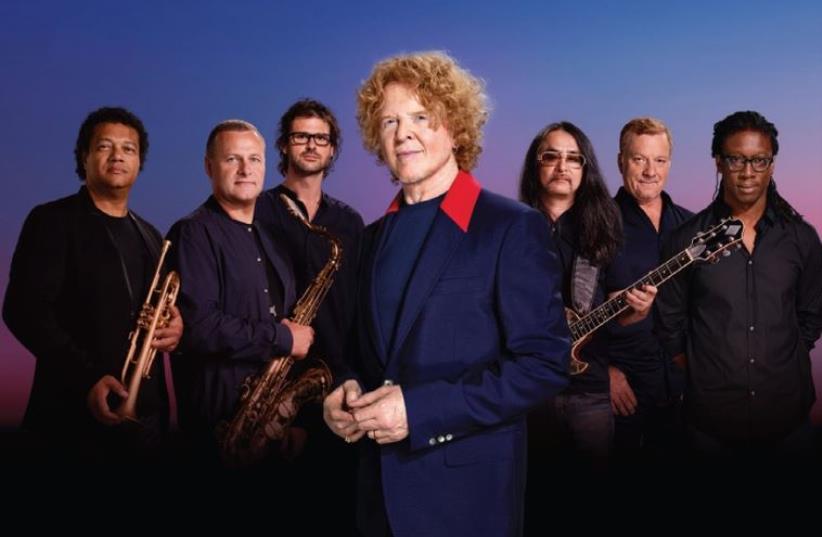 Simply Red
(photo credit: PR)
Advertisement
1. MOTHERS...AND OTHERSIn Garry Marshall’s romantic comedy Mother’s Day, Sandy is a stressed-out single mother who learns that her ex-husband is marrying a younger woman. Her friend Jesse is a fitness freak who doesn’t tell her parents that she has a family. Bradley is a widower who’s trying to raise two daughters on his own, while Miranda is too busy with her career to worry about having children. When their respective problems start coming to a head, Mother’s Day takes on a special meaning. With Jennifer Aniston, Kate Hudson, Julia Roberts, Jason Sudeikis.2. ‘MOUNT OLYMPUS’ MARATHONThe Mount Olympus spectacle, created by Belgian multidisciplinary artist, playwright, stage director, choreographer and designer Jan Fabre, kicks off June 9 at the Jerusalem Theater at 5 p.m. and will spill out to the theater lobby and other areas. All told, the contemporary theater piece lasts for 24 hours, during which a cast of 28 actors follow a definitively Dionysian ethos in conjuring up the spirit of Greek theater as it was performed in Athens a couple of millennia ago. Naturally, the audience is not expected to stay glued to their seats throughout, but don’t miss the joyous catharsis at the end.Note: There is nudity in the performance.3. JEFFERIES JABSAustralian comic Jim Jefferies, known for his provocative humor that lacks sympathy for most subjects including himself, is coming to Israel as part of a world tour with his one-man show, “Freedumb.” The comedian first became known in Australia before heading to England and then the US, where he now lives.

4. POSTER BOY Artist David Tartakover (b. 1944) is a collector and lecturer, involved citizen and activist (recipient of the Israel Prize for Design, 2002) who had been collecting images from all aspects of life in Israel. A comprehensive one-man exhibition at the Tel Aviv Museum of Art called “Tartakover, the Exhibition” displays his well-known posters, as well as more private areas of practice, such as drawings and objects from the artist’s work and life environment.Ongoing at the Tel Aviv Museum of Art.5. EYE ON JERUSALEM The exhibition “The Camera Man – Women and Men Photograph Jerusalem 1900-1950” highlights the unique and complex human and cultural heritage of Jerusalem.And, for the first time, it offers a complete look at the photographic work of Christians, Jews and Muslims in Jerusalem between 1900 and 1950.Tower of David Museum, Jerusalem 6. A BAND LIKE YOULegendary rock band Foreigner is coming to Israel for two concerts as part of a world tour. The 1970s group, whose hits include “Cold As Ice” and “Waiting for a Girl Like You,” is still going strong.

June 14 and 15 at 9 p.m. at the Caesarea Amphitheater. For tickets, go to www.eventim.co.il or call *9066.7. LIVE AND IN COLORMore than 20 years after their last visit here, Simply Red return as part of a world tour celebrating the group’s 30th anniversary. One of Britain’s most successful pop bands, they will perform their greatest hits.June 14 at the Menora-Mivtachim Arena in Tel Aviv. For tickets, go to www.eventim.co.il.8. SOUTH AFRICAN RAPThe unconventional brand of modern beats of South African rap-rave group Die Antwoord arose as a counter-culture reaction.June 8 at 10 p.m. at the Live Park Amphitheater in Rishon Lezion.9. THE WINNERS’ CIRCLEThe Israel Symphony Orchestra Rishon Lezion presents a concert featuring the winners of the Tel-Hai International Piano Master Classes: Korean pianists Jeong Hyun Yoon, 21; and Yeon-Min Park, 25. Conducted by Barak TalSaturday at 9 p.m. at Heichal Hatarbut, Rishon Lezion. For tickets, call (03) 948-4840.10. BEETHOVEN TO BERLIOZ & BEYOND The Carmel Quartet presents the Strings and More concert/ lecture series. This time, it’s Beethoven’s Quartet opus 131. The quartet is unique, using familiar gestures in an eccentric and, at times, bizarre manner. How was this style interpreted by later generations of artists, from composers such as Wagner and Berlioz to authors and filmmakers of the 20th century? June 10 at 1 p.m. at the Elma Arts Complex in Zichron Ya’acov. June 15 at 8 p.m. in English at the Jerusalem Music Center, Mishkenot Sha’ananim.