Top 9 things to do

Great cultural events in the week to come. 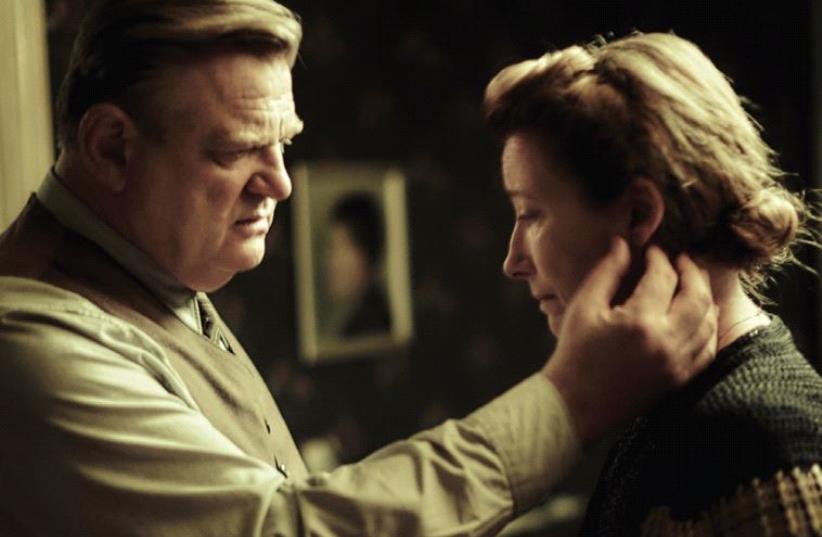 Alone in Berlin
(photo credit: PR)
Advertisement
1. AN INSPIRING STORYIn the film Alone in Berlin, Otto and Anna Quangel, a working-class couple who live in Berlin in 1940, decide to resist the Nazis, after receiving the news of the death of their only son. They start writing postcards and putting them in public places around the city to urge people to take a stand against the Nazis. Escherich is the Gestapo inspector assigned to find the source of the postcards. The film is based on Hans Fallada’s novel of the same name, which was based on the real lives of Otto and Elise Hampel.With Brendan Gleeson, Emma Stone, Daniel Brühl.
2. OTHER PEOPLE’S LIVEIn the thriller The Girl on the Train, a commuter catches daily glimpses of a seemingly perfect couple, Scott and Megan, from the window of the train. One day, she witnesses something shocking unfold in the backyard of the couple’s home. She tells the authorities what she thinks she saw after learning that Megan is missing and feared dead.Unable to trust her own memory, she begins her own investigation, while police suspect that she may have crossed a dangerous line. With Emily Blunt, Rebecca Ferguson, Haley Bennett, Justin Theroux, Allison Janney, Lisa Kudrow, Laura Prepon.
3. SILENT WITNESSESAmerican conceptual artist Taryn Simon will participate in a gallery talk at her new exhibition “Paperwork and the Will of Capital” at the Tel Aviv Museum of Art. In her exhibition, Simon uses photography and text to circle the systems people devise to exhibit power and control. The exhibition presents her latest series, in which she examines floral centerpieces from major international conferences, treating the flowers as silent witnesses of historical moments. Curator Ruth Direktor.Tel Aviv Museum of Art, Main Building. Gallery talk at noon. Free with museum entrance.
4. LIFE IN THE VENICE GHETTO Commemorating the world’s first ghetto, established in Venice 500 years ago, the new exhibition “Venetian Splendor: Marking 500 Years of the Venice Ghetto” at the Israel Museum marks the unique history of the Jews of Venice who, despite the difficulties, put great effort into beautifying synagogue interiors and adorning them with lavish ceremonial objects which embodied a distinctive Venetian taste. The display showcases elaborately decorated silver objects such as Torah crowns and finials and an ornately embroidered silk velvet Torah curtain, on view for the first time.Ongoing, Israel Museum, Jerusalem
5. REDISCOVER ISRAEL’S MUSICThe Israeli Music Festival, a six-day affair that takes place at various venues around the country, celebrates our musical heritage and creativity with composers, performers, concerts and events. Among the highlights this year are an homage to Israel Prize winner composer Andre Hajdu, who died recently; a production of Yedidya Admon’s Shirat Devora (October 8 and 9 at the Jerusalem Music Center); and the world premiere of a composition by Yoav Talmi.October 5 to 10. Free entrance to all performances and events. For reservations, details and a full program: www.israeli-music-festival.org;(02) 624-1041.
6. OPEN-AIR PARTYDance all night long as the Boombox Festival of Israeli Groove and Funk presents an all-star lineup, with local bands such as Avraham Tal, Ester Rada, Balkan Beat Box in a non-stop open-air musical event that will last until dawn.October 1 from 9 p.m. until dawn, Nahal Hadera Park. There will be shuttles to and from the location.Tickets and information: www.boom-box.co.il or call *9080.
7. TO THE END OF TIME The final session in the series The High Holy Days and the End of Time will be presented by Yael Ziegler of Herzog College on the topic “After the Quake: Repentance and the End of Days.” Is Ezekiel’s description of the earthquake and the war identical to that of Zechariah? Why do we read these haftarot on Succot? These haftarot will be examined to better understand these biblical prophecies, their interconnections and meaning.October 13 at 8 p.m., Beit Avi Chai, Jerusalem. In English. The event will be broadcast live on the Beit Avi Chai website.
8. ALL THAT JAZZ The annual jazz festival organized by Pearl Music will be held next week. As part of the festival, jazz composer and pianist Leonid Ptashka will host the Ukrainian a cappella ensemble ManSound, as well as a Dixieland concert with Ptashka’s band and guests.ManSound will perform on October 3 at 8:30 p.m. at the Azrieli Amphitheater, Tel Aviv; October 7 at 8:30 p.m.at Donna Community Center in Ashdod; and October 8 at noon at the St. John Church in Haifa. The Dixieland concert will take place on October 4 at 8:30 p.m. at the Azrieli Amphitheater in Tel Aviv.
9. MEMENTOS OF A WORLD GONE BYDo you have silverware or embroidered napkins that were passed down to you by your grandparents? The Association of Israelis of Central European Origin (AICEO) collected such objects and the stories behind them for an exhibition “Objects Reveal” to be held at the Open Museum compound in Tefen in the western Galilee. The grand opening will include a family happening inspired by the show, a main performance, workshops, a Viennese café, guided tours and a succa.Grand opening October 18 from 11 a.m. to 3 p.m.Open Museum, Tefen. There will be shuttles from Jerusalem, Tel Aviv and Haifa. For details and reservations, call (03) 516-4461. http://irgun-jeckes.org