What was Adrian Grenier really doing in Israel?

The 'Entourage' star dons a kippa in a new Passover ad. 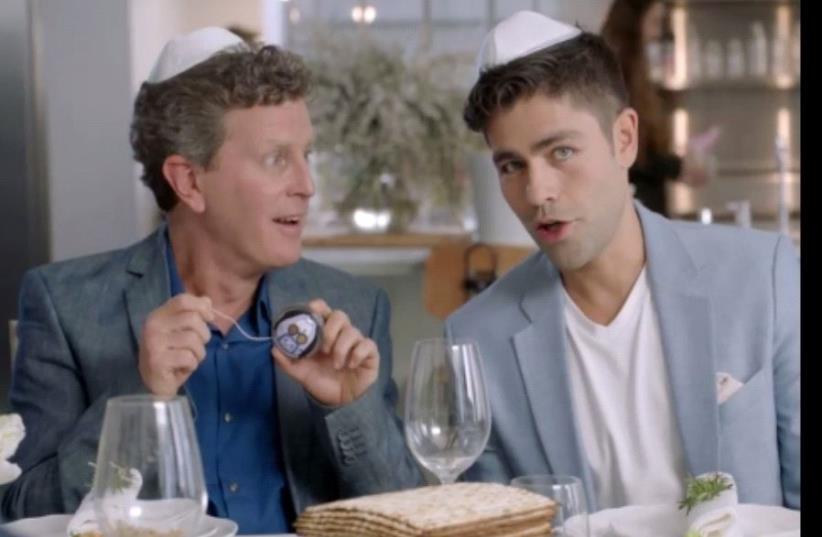 Adrian Grenier
(photo credit: screenshot)
Advertisement
Hollywood hunk Adrian Grenier was in Israel earlier this month, and nobody was quite sure why.But it turns out the Entourage star was here to film a Passover ad for the Israeli gift card company BuyMe, complete with a kippa and overbearing relatives.The ad opens with Grenier donning a big, white, satin yarmulke, then offering a signature grin to the camera. “Happy Pesach,” he says, mastering the guttural “ch” sound perfectly.Grenier tells viewers that due to his charm, he can get away with offering terrible gifts for Passover, including a car air freshener, edible yo-yo and rock replica.“But you my friend,” he says, “are no Adrian Grenier... you’re not even close.”Since starring in the popular Entourage TV show, Grenier has appeared in the Entourage film, some smaller movies, and has been involved in a variety of philanthropic efforts.The commercial hit airwaves in Israel this week, encouraging Israelis to buy gift cards – instead of gifts of questionable taste – for family and friends.According to Reshet TV, Grenier was paid around NIS 500,000 to star in the ad.While in Israel earlier this month, Grenier posted a photo of himself at the Western Wall on Instagram, writing “Contemplating the infrastructure...of an ancient city in modern times, of a holy land, of history, of humanity.”In what is unlikely to be a coincidence, BuyMe’s last big ad campaign, before Rosh Hashana last year, starred Grenier’s Entourage co-star Jeremy Piven.Piven, also clad in a kippa, played Grenier’s opposite – the one on the receiving end of a series of terrible gifts that he pretended to love.“I would rather be scraped with a rusty menorah... than own this piece of shit,” he said, after being gifted a fish-shaped plate. “But they don’t know that’s how I feel, because I’m an actor. Your friends and family are not.”Yonatan Alon, the CEO of BuyMe, said in a statement that the company was “thrilled to collaborate with a huge Hollywood star once more.After the wonderful Jeremy Piven, this time we decided to raise the bar and bring the charming Hollywood star Adrian Grenier.”