"We have many more things to do for the people of Tel Aviv," said Huldai after official results of his victory came in.

Moshe Lion and Ofer Berkovich win first round in Jerualem mayoral elections, October 31, 2018 (Meir Elipur)
Advertisement
Tel Aviv woke up on Wednesday morning to the same mayor they have had for the past 20 years, after residents gave Mayor Ron Huldai their blessing for him to see out a quarter of a century in City Hall. With some 60% of the vote counted so far, Mayor Ron Huldai got 46%, while his deputy Asaf Zamir got some 35%. "We have many more things to do for the people of Tel Aviv," said Huldai after results of his victory came in. "I thank the residents of Tel Aviv for their trust [in me] and the great team [of activists]. They did a wonderful job," he said as his supporters celebrated with him."As of tomorrow we will get back to work," he said, "and we will continue to do our work quietly." As he left his house on Wednesday morning he told reporters who asked what he will do now: "I'm getting up to go do work as I do every day. There is still much more to do in this city - I thank the residents who once again gave me their trust." Yediot Ahronot reported that, conceding defeat in the early hours of the morning, Zamir thanked his supporters telling them: "I am proud of you and the clean campaign we led."Anachnu HaIr leader Assaf Harel got 13% of the vote and Shas candidate Natel ElNatan some 7%. The second vote for municipal parties reflected the mayoral vote, with Huldai´s Tel Aviv 1 set to be the largest party in city council, followed by Zamir´s Rov HaIr and then by Harel´s Anachnu HaIr.Harel, said that "it is clear to us we will be one of the most influential parties in the city in the upcoming years."  JerusalemJerusalem city councilmen Moshe Lion and Ofer Berkovitch will go head-to-head in a run-off race on November 14 after finishing first and second in Tuesday's election for Jerusalem mayor. Neither candidate received the 40% of the vote needed to avoid a run-off. With 96% of the Jerusalem votes counted, Moshe Lion won 33.3% of the votes, Ofer Berkovitch 28.8% of the votes, Ze'ev Elkin 19.8% of the votes, deputy mayor Yossi Daitch 17.2% of the votes and former Barkat advisor Avi Salman 0.8% of the votes.Berkovitch called upon unsuccessful candidates Ze'ev Elkin and Yossi Daitch to endorse him. He told reporters he hopes haredi (ultra-Orthodox) voters to help him beat Lion, who is backed by Shas and Degel Torah."In politics one should know how to lose," Elkin said, "I congratulate both winners." He said he would fully cooperate with whoever wins the upcoming second race in his capacity as Minister of Jerusalem Affairs. HaifaLabor Party candidate Dr. Einat Kalisch Rotem made history Tuesday, when she defeated Haifa mayor Yona Yahav and became the first woman elected to head one of Israel's largest cities. 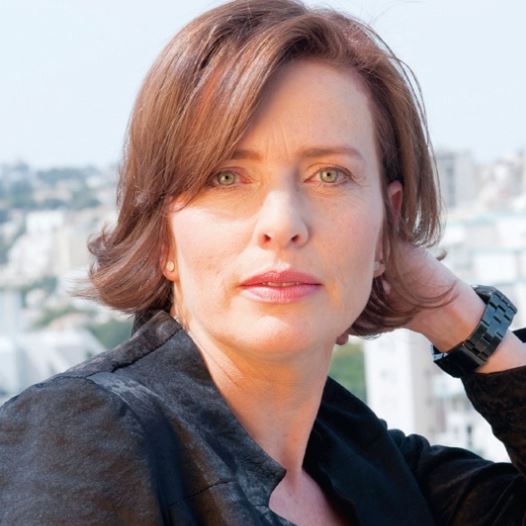 Haifa opposition head Einat Kalisch- Rotem / TZACHI OSTROVSKY "This was a huge victory for Haifa," Labor leader Avi Gabbay said. "Einat proved that with hard work and determination, the polls can be defeated. Good luck to our mayor and to all residents of Haifa." Kalisch Rotem was also backed by haredi (ultra-Orthodox) residents of the city, who were eager to defeat Yahav, who had been mayor since 2003.