"It is our duty to adjust ourselves to the fast growing medical world." 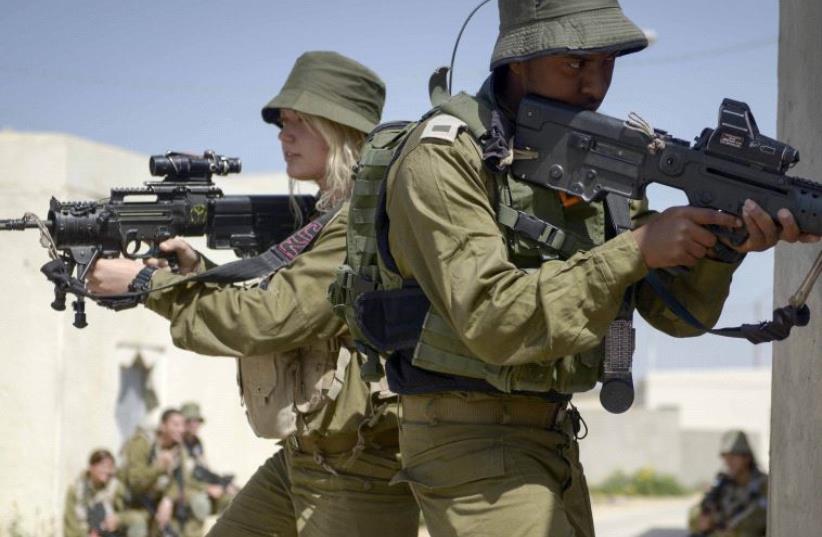 IDF Caracal Battalion
(photo credit: IDF)
Advertisement
A new IDF report reveals that it will draft HIV carriers, which will eliminate their need to volunteer in order to serve in the army. The report was published in the IDF’s "Profile Book," a book that dictates who is eligible to serve and to which units. The new changes are to come into effect starting 2019.“We [the IDF] reached the conclusion that we have the tools and capability to allow a bigger part of the population to join the IDF, and that it is our duty to adjust ourselves to the fast growing medical world,” said Maj. Dr. Lobrowski of the Medical Corps.Lobrowski addressed the drafting of HIV positive carriers: “We set a criteria for them to stand by, and those who we sit fit will be able to be drafted as any other.” According to the report, those who pass the medical tests will receive a profile number of 45 and will be able to serve in any position that permits such a profile, under the supervision of the military medical corps.The report also announced that those who previously suffered from cancer will also be eligible to be drafted. “Until today, those who preciously suffered from cancer were not eligible to serve in a combatant unit,” explained Lobrowski. “Our conclusion was, however, that we are missing out on a population with qualities, thus we have decided that anyone who has recovered from the disease in the five years that preceded his first call for draft will receive a profile of 72, and will be allowed to serve in combat units that permit such a profile.”“The change is groundbreaking. It allows thousands of people to serve a meaningful service as combatants and may significantly raise the percentage of draftees to the combat units,” added Lobrowski. “Ethically, it is a major step in showing that the army is willing to adjust itself and encompass different parts of the population.”The report also sheds new light on the topic of obesity, with the report stating that the weight of the draftee no longer plays a crucial part in setting the profile for new soldiers. Instead, the report replaces weight as a factor with body-mass index (BMI) ratio. “[The BMI] is a far more accurate measurement that allows us to better estimate the way the soldiers will function over the span of their service in various positions. The new measurement tool opens the door for many new recruits, who would have been rejected in the past due to their weight,” said Lobrowski.Furthermore, the report sets a new tone for recovery time. Until now, soldiers who have been seriously injured receive a set recovery time for one year when in reality some injuries only take a couple of weeks to recuperate from. Therefore, the report dictates that every injury would be reviewed individually, and will allow soldiers to resume their service in their designated role once the soldier has completely recovered.The new released information is groundbreaking in that the book has not had a major update since 2005.