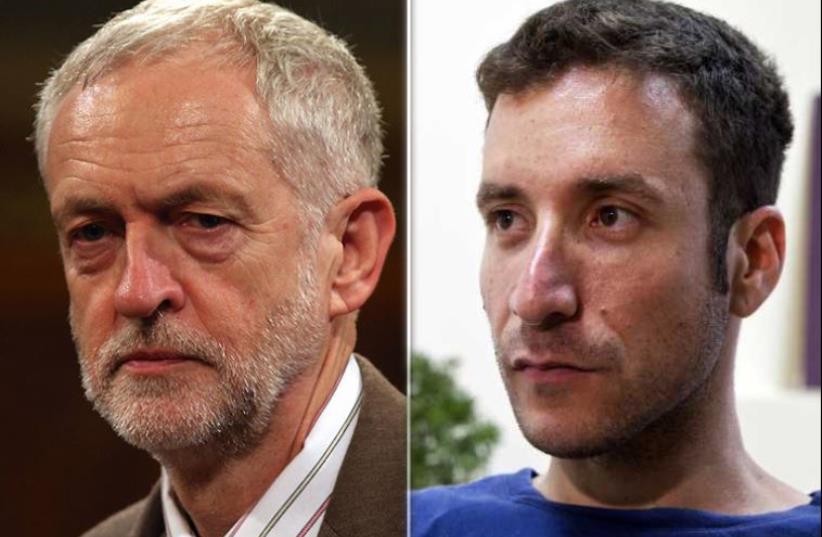 Corbyn and Shmuli
(photo credit: REUTERS)
Advertisement
Israeli Labor party MK Itzik Shmuli on Tuesday called on the leader of his UK sister party Jeremy Corbyn to resign amid reports that the party secretly suspended an additional 50 members for anti-Semitic and racist rhetoric."Instead of setting up another ridiculous investigative committee, Jeremy Corbyn should look in the mirror and be ashamed of the anti-Semitic spirit and moral slump into which the Labor party entered under his leadership," said Shmuli.The UK Labor party secretly suspended 50 of it's members on Monday night for anti-Semitic and racist comments amid a whirlwind of controversy according to The Telegraph."Anyone with a little more integrity would have resigned long ago," said Shmuli. The leader of the Labor party has come under fire following the suspension on Monday of two party functionaries in under seven hours for anti-Semitic rants published on social media.One, Ilyas Aziz, a Labor councilor in Nottingham, was suspended for 2014 Facebook posts saying that Israel should be relocated to the US. The other, Salim Mulla, a former mayor of Blackburn, was also suspended for calling to relocate Israel to the US, as well as for saying that Israel was behind Islamic State.According to the report, Corbyn seemed to acknowledge for the first time that there appears to be an issue within his party, while at the same time insisting that the problem was not a big one. "What there is, is a very small number of people that have said things that they should not have done. We have therefore said they will be suspended and investigated," said Corbyn in an interview with The Daily Mirror.