Israeli vulture population on the rise

"The vultures in Israel are in danger of extinction," Hatzofe said. "Their population in Israel stands at least 180 individuals, and we are doing a great deal for their rehabilitation." 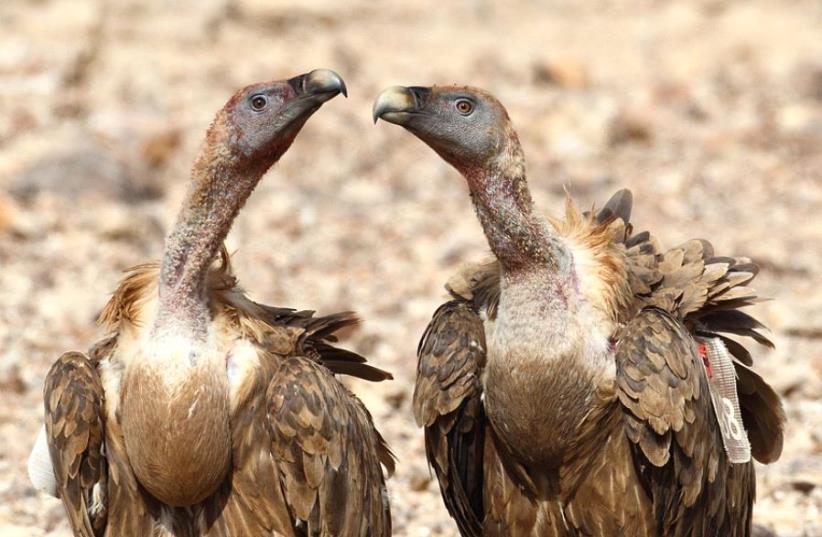 Israeli Vultures
(photo credit: YORAM SHAPIR)
Advertisement
After years of continuous decline, Israel’s vulture population is once again on the rise.As of the end of June, vultures in Israel numbered about 180, up from 128 in 2010, as they continue to return to their habitats in the Carmel region and the Negev Desert, the Israel Nature and Parks Authority reported on Monday. While that figure is still staggeringly low in comparison to the 460 individuals recorded in 2003, INPA nesting and rehabilitation projects have enabled the survival of the birds as they return to their former strongholds.“This is the first time in more than a decade that the population of vultures in Israel has reached a positive balance, at such a rate,” said INPA avian ecologist, Ohad Hatzofe.About 66% of Israel’s 180 vultures reside in the Negev, while another 34% inhabit the Carmel region and the Golan Heights, according to the INPA. The Negev region has experienced a particularly strong increase in population size, with the number of nests particularly rising in the Ramon Crater area, a statement from the authority said.The assessment of Israel’s vulture population occurred as part of annual survey within the Spreading Wings Project – a conservation program run with the Society for the Protection of Nature in Israel, to protect the country’s dwindling vulture community. 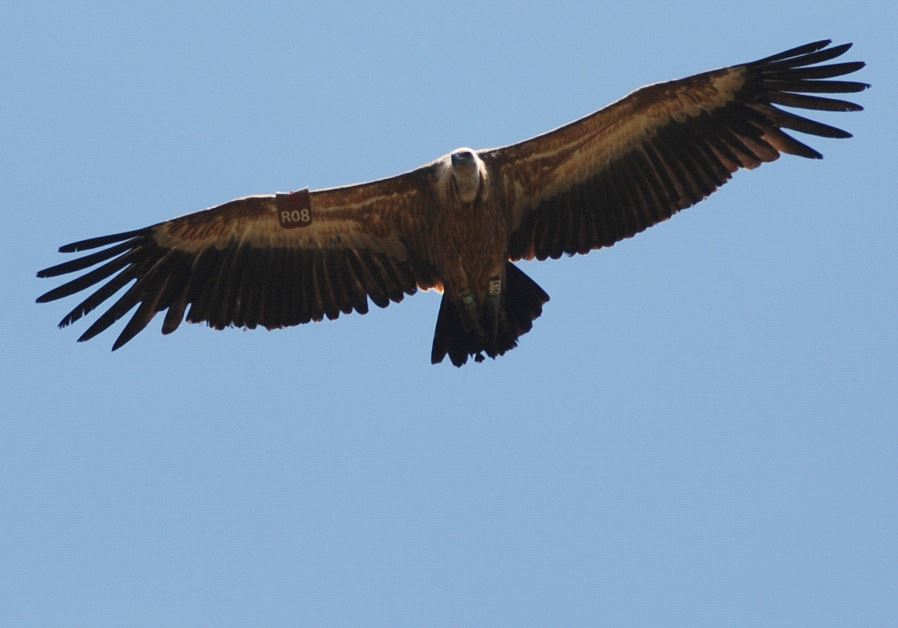 The Day of the Vulture (Yoram Shapir).
“The vultures in Israel are in danger of extinction,” Hatzofe said. “Their population in Israel stands at least 180 individuals, and we are doing a great deal for their rehabilitation.”The number of vultures may pale in comparison to the 460 soaring through Israel’s skies in 2003, but the population has been increasing in the Negev and stabilizing in the Carmel since 2010, according to the INPA.This year alone, successful nesting in the Negev and Carmel will lead to another 25 individuals in these areas, while 12 other animals are being released from a breeding center, Hatzofe explained. All in all, the Israeli vulture population in 2017 is expected to experience three times more births than deaths, he added.While ecologists are optimistic about the return of the birds to the Negev and Carmel, the situation remains dire for Israel’s vultures in the Golan Heights and the Judean Desert.“Just as we have succeeded in restoring the population of vultures in the Carmel region from zero to 40, we have revived an impressive population in the Negev, a result of intensive activities: raising awareness and educating the public and fighting the phenomenon of poisoning and electrocution,” Hatzofe said. “In this manner, we are also working to address this important issue in the Golan Heights and Judean Desert areas, where unfortunately, the number continues to remain low.”One particular threat to the vulture population in the Golan Heights is a plan to build a large wind turbine farm in the Tel Fares area, the INPA statement explained.Over the past three-and-a-half months, INPA officials said they have been examining the flight activity of vultures in the Golan through GPS transmitters. Calculations based on these observations indicate that about 10% of the region’s vultures will be affected by the future turbines, the statement said. That percentage is expected to be even higher, due to random events unaccounted for in the calculations, the authority added.“The Israel Nature and Parks Authority, together with other environmental and nature organizations such as the Society for the Protection of Nature in Israel, oppose plans to build a turbine farm in the area, in accordance with the proposed outline, and will work with the relevant authorities and institutions to change the permits granted for the advancement of the turbine construction plans,” the statement said.