The original plan, approved in 1994, called for hotels and 1,600 single-unit homes to be built on a 30-hectare plot of land adjoining Achziv Beach near Nahariya. 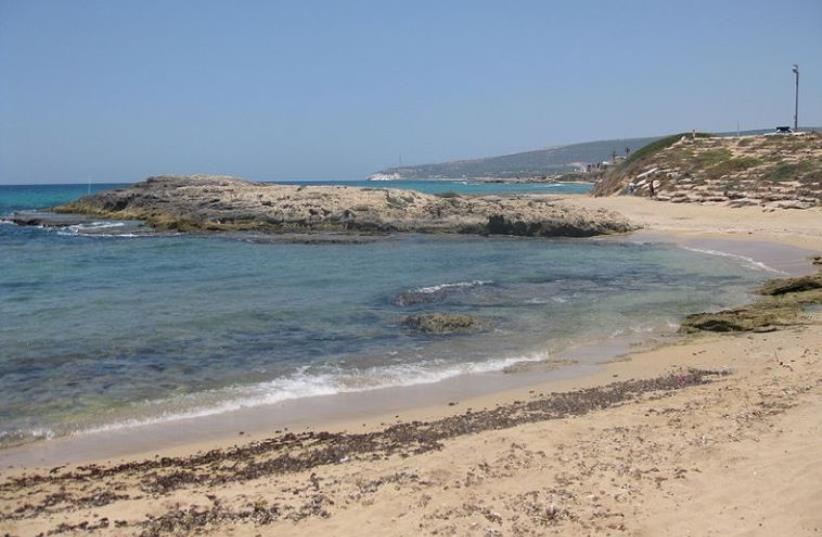 Achziv Beach
(photo credit: WIKIMEDIA COMMONS/DEROR AVI)
Advertisement
The debate over the 22-year old Achziv Beach development project continued to rage on at the Knesset on Tuesday.Following the urging of Joint List MK Dov Henin, Zionist Union MK Yael Cohen-Paran and Yesh Atid MK Yael German, the Knesset’s Interior and Environmental protection Committee met Tuesday in the hopes of getting the project rejected, or at least reformulated.The original plan, approved in 1994, called for hotels and 1,600 single-unit homes to be built on a 30-hectare plot of land adjoining Achziv Beach near Nahariya. Most of the planned units border the beach, and some are only 100 meters away from the Mediterranean Sea. Furthermore, part of the development would be only 300 meters away from an asbestos factory."In the 22 years since, much has happened in the world. Parachute pants have gone out and come back into style, computers fit in the palm of your hand and construction directly on a beach is no longer considered judicious land policy."Thus in 2014 the Haifa District Court called for planners and local authorities to reconsider the project.Joint List MK Dov Henin said the Achziv plan contradicts the country’s coastal protection laws, as well as the National Master Plan, known as Tama 35, that is meant to guide the country’s spatial development for the next two decades.Society For the Protection Of Nature In Israel representative Liran Shapira told the committee that the Achziv Beach plan must be frozen until it can be reformulated. “It is a very old plan and no longer suits today’s reality,” he said. He stressed the importance of protecting every centimeter of the northern coast. “This plan, as is, would harm every effort to protect this extremely unique natural resource.”Eli Ben Ari, a legal adviser for Adam Teva V’Din - Israel Union for Environmental Defense, called the beach-front construction plan absurd. “It is in the national interest for this project to not be carried out,” he urged.Currently Finance Minister Moshe Kahlon is responsible for either stopping the plan or giving it final approval. However, a bill advancing through the Knesset would transfer fast-track approval to the Ministry’s National Planning and Building Committee, and consider hotels to be a form of “national infrastructure.”At the end of the session, the committee called for a “round table” session to be held on the matter, with all parties involved, in order to revise the project to fit today’s development needs.