The Jerusalem Post covered the events of the 1967 war as they happened. Here are the historic front pages from that fateful period. 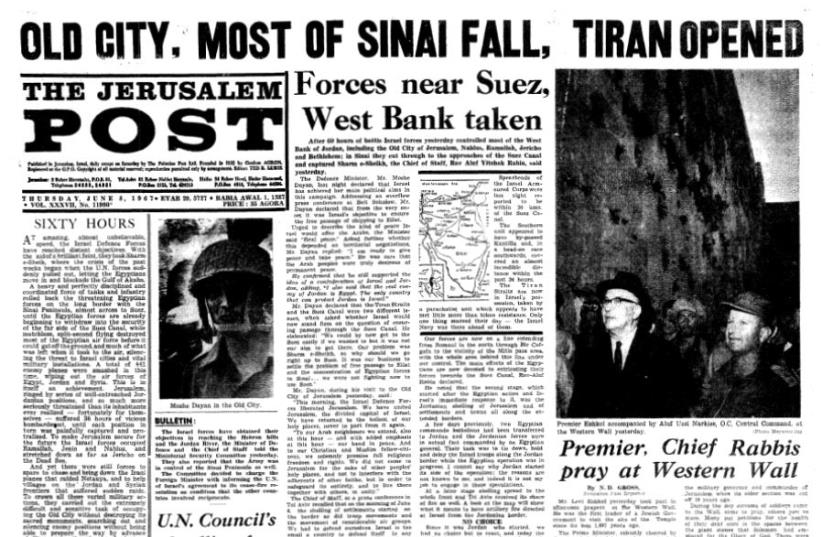 Six Day War page 4
(photo credit: JPOST ARCHIVE)
Advertisement
In June 1967, Israel's tiny and ill-equipped army fought and unexpectedly won against the combined forces of five armies - Syria, Iraq, Lebanon, Egypt and Jordan.In only six days, the IDF conquered the areas of the West Bank, Gaza, Sinai and east Jerusalem in an operation hailed as miraculous. There was no Internet in 1967, so The Jerusalem Post worked around the clock to bring stories from the fronline to its readers.The front pages of the Post between June 6 to June 12 capture the intensity of a battle that ultimately reunited the holy city of Jerusalem and reshaped what today is Israel's map.Click on each picture for a larger image of each day's front page and journey back in time with the Post to those dramatic days. 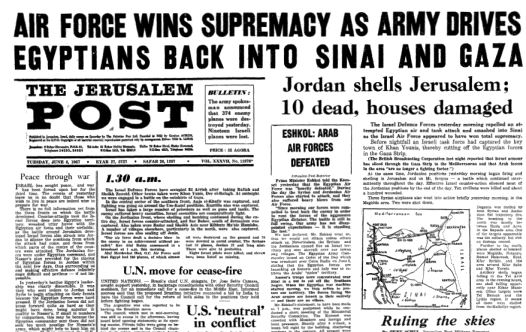 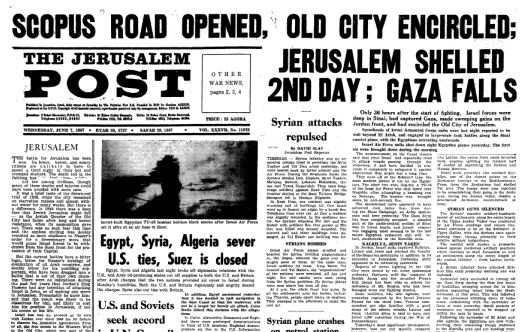 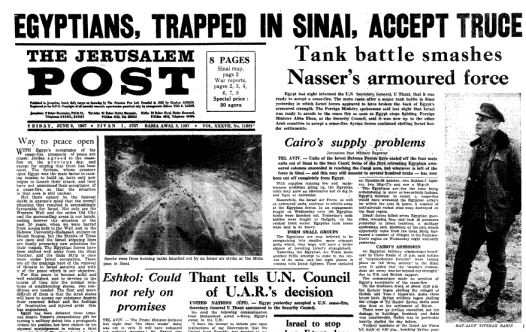 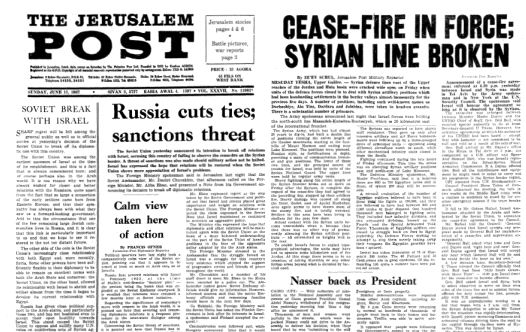 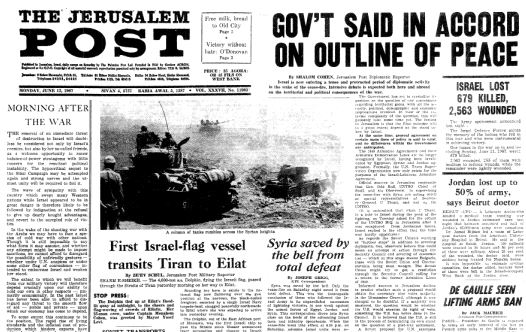