Marriage counseling to be subsidized by state

The bill had been expected to gain government backing in the Ministerial Committee for Legislation on Sunday,but was delayed. 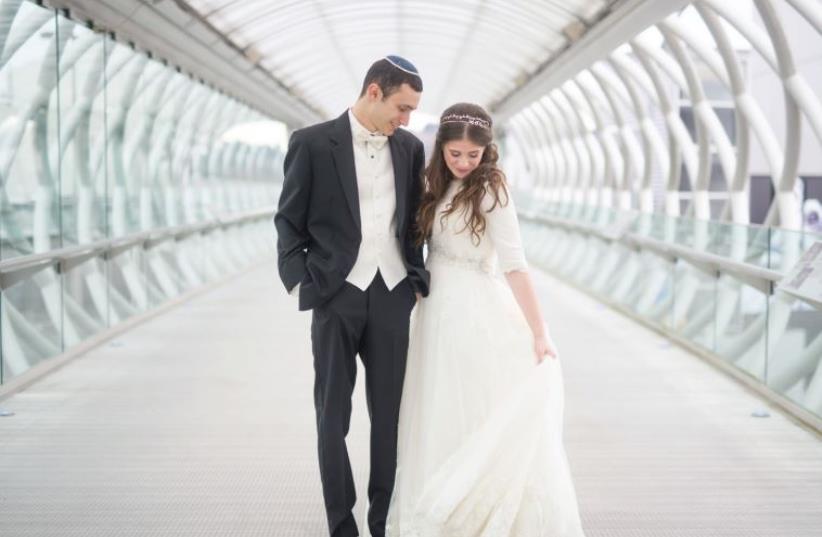 VICTORIA AND Benjamin on their wedding day. (
(photo credit: SALT AND PINE PHOTO)
Advertisement
Marriage counseling might be seen as an option when a couple gets into difficulties, but legislation being introduced to the Knesset seeks to turn the concept on its head and propose it as prophylactic measure against the increase in the divorce rate.The bill, proposed by Likud MK Yehudah Glick and the brainchild of the Tzohar rabbinical association, would offer not inconsiderable financial inducements to couples who register to marry if they participate in a marriage preparation course before they tie the knot.Couples who register for such courses would be entitled to a reduction of half a point in their income tax obligations for both spouses for the year in which they participated in the course. In addition, they would be entitled to a full rebate of the NIS 700 marriage registration fee, which is paid to the local religious council, and receive a subsidy, the extent of which is yet to be determined, toward the cost of the counseling course.Institutions authorized to provide such courses would be determined by the Labor and Social Services Ministry, which would be given responsibility for the law.The legislation is ultimately designed, its authors state, to preserve the social benefits of maintaining family unity and to reduce the costs to the state of the increasing divorce rate, such as welfare benefits to single-parent families and the social and financial costs of increased family violence.Rabbi Yuval Cherlow, head of Tzohar’s ethics department, said he understands concerns over the state involving itself in the private lives of its citizens, but argued that the program would be voluntary and could have a large, beneficial impact on society.“The issue of divorce is a great tragedy, and has a large impact on the lives of the divorcing couple and their children, and on the state’s coffers,” Cherlow said.The rabbi noted that Tzohar has been exposed to the issue of divorce through its extensive marriage program, which assists young couples through the marriage process, and that the group was becoming increasingly concerned with the problems arising in marriages after the wedding day.He was also critical of the heavy attention paid to preparations for the wedding ceremony and party by young couples, who should instead invest their time and money in efforts to ensure their marriage can last.“We are seeing this in a very noticeable manner, that people don’t have the tools to deal with the challenges of relationships and they lack the basic tools to deal with these issues,” Cherlow said. “The best approach is not to wait for a crisis in a marriage, but to give couples the tools to prepare for challenges and problems in advance, so the state really should incentivize such preparations ahead of time.”He argued that an important factor in the increasing divorce rate was a lack of experience in dealing with relationship and marital challenges, and in particular a failure to communicate.Cherlow laid particular blame at the door of social media, which he said reduces the ability of people to listen to and take into account the opinions of others and to express themselves in a calm and reasonable manner.“People don’t know to listen and be attentive to what others are saying, and communication is becoming more violent and is frequently expressed with exclamation marks and decreasingly with question marks,” he observed.The bill had been expected to gain government backing in the Ministerial Committee for Legislation on Sunday, but the vote on the bill, along with several others, was delayed due to a dispute within the coalition over an unrelated piece of legislation.