INS Dakar sank mysteriously on it's voyage to Israel from the United Kingdom in 1968. 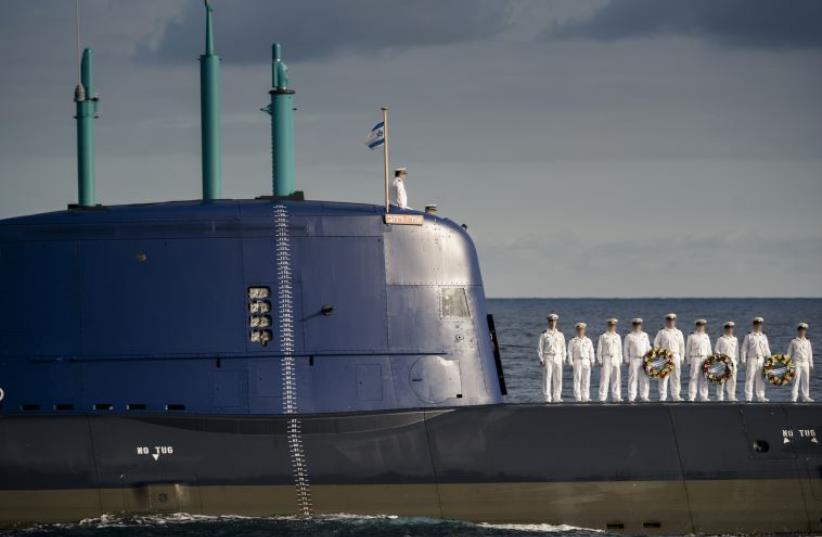 Israeli Navy memorial for Dakar submarine
(photo credit: IDF SPOKESMAN’S UNIT)
Advertisement
The model name of Israel’s new submarines will be called “Dakar” in honor of the vessel that was lost at sea 50 years ago, the head of the navy said. “This decision is the culmination of a series of processes, including a discussion with the families of the fallen and a series of consultations with senior members of the army, both past and present,” the IDF said.“The decision took into account the opposition of some of the families to calling one of the new submarines named after the INS Dakar alongside their desire to commemorate the submarine fighters.”The submarines are set to arrive from Germany in the coming years. At the end of the examination process, Israel Navy chief V.-Adm. Eli Sharvit decided to commemorate the INS Dakar by naming the model of the next generation submarines after it. The name of the sixth submarine currently being built will also have its name changed.According to the military, bereaved families of the INS Dakar were updated by Navy representatives over the course of the last 24 hours.The INS Dakar sank mysteriously in 1968 as it sailed to Israel from the United Kingdom under the command of Lt.-Cmdr. Yaakov Ra’anan. The last location of the submarine, which was on a four-week journey, was on January 24, 1968, at 6 a.m. about 50 km. southeast of the island of Crete. Israeli ships and aircraft were deployed to search for the vessel along with the help of British, US, Greek, Turkish and Lebanese vessels.Israeli was forced to call off the search on February 4, 10 days after its disappearance.Then-defense minister Moshe Dayan informed the families of the Dakar’s crew members in person along with then-IDF chief Haim Bar-Lev and navy commander Shlomo Arel.In 2015 the IDF presented its official findings on the sinking to the families of the fallen sailors, indicating that it could have sunk due to a technical failure or a collision with refuse or another sea-bound vessel, which led to a fatal water leak.A specific cause for its sinking has never been determined.“This decision rests on the tremendous honor that deserves to be given to the fallen soldiers of INS Dakar and all those who cherish their memory,” Sharvit said. “The navy will continue to support the families of its fallen, with great respect and esteem, as we have done throughout the years. I hope that this will end the dispute and we will all look together when future submarines enter active service in the navy.”The navy currently has three Dolphin-class submarines and two Dolphin 2-class submarines (another one is expected to be delivered in 2018). The subs are said to have a shelf life of about 30 years, making them obsolete in 10 years.While most details about Israel’s submarine fleet are under heavy guard and rarely publicized, the Israel-bound subs in question are said to have 16 multipurpose torpedo tubes, which can fire torpedoes and even swimmer delivery systems.According to foreign reports, these submarines provide Israel with nuclear second-strike capabilities, carrying long-range cruise missiles with nuclear warheads. They would not reach Israel’s coast for another decade, and are expected to replace the older Dolphins at a combined price of NIS 5 billion.