Accusations were made against Israel's public broadcaster that instances of humiliation, insults and sexual harassment were not properly addressed. 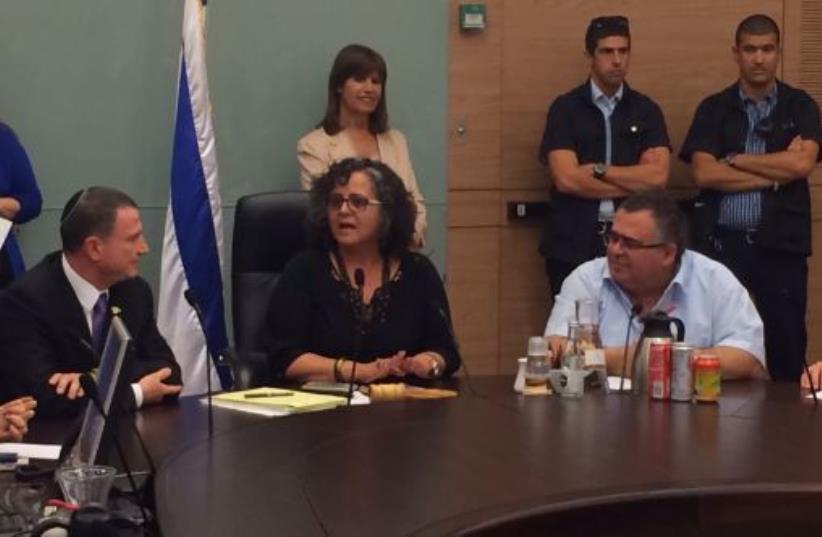 The Committee on the Status of Women and Gender Equality discussed on Wednesday reports of sexual harassment and abuse of employees at the Israeli Public Broadcasting Corporation Kan, following reports published in July by Haaretz alleging dozens of instances.

Abuses include instances of humiliation, insults and sexual harassment that were not properly addressed by the corporation, according to the report.

"I have been getting a great deal of testimonies and calls about years of humiliating and abusive treatment towards men and women," said Meretz MK Michal Rozin, who added that she was surprised by the complaints. "There will always be sexual harassment; the question of how an organization handles complaints is the big test," she said.

After a heated discussion that included contradictions of various bodies as to the nature of steps being taken to address the report, committee chairwoman Joint List MK Aida Touma-Sliman said she did not feel encouraged. "The show we saw here did not leave an encouraging sense that they are handling the matter of the report," she said. "You did not convince us – in fact you left us more concerned than before."

Among those speaking to the Knesset committee were representatives from an external committee appointed to investigate the claims made in the Haaretz report. The corporation chose not to fire workers, said committee representatives, who said claims were false that the Civil Service Commission, which deals with some aspects of discipline at the public broadcaster, did not allow the firings.

Statements made at the meeting by corporation and commission representatives were contradictory in regards to which incidents had been reported and how they were reported and handled, leaving committee members critical of the handling of the situation.

"This shows the organizational culture," said Touma-Sliman. "When the commission says 'we did not get [the complaints]' and [the broadcaster] says 'we sent them,' we know where in the process facts are getting lost."

"I want answers – that I will probably not get here – about how complaints are handled," the committee chairwoman said.