According to lobby founders, increasing numbers of descendants of Jews around the world have become interested in exploring their heritage, reconnecting with the Jewish people. 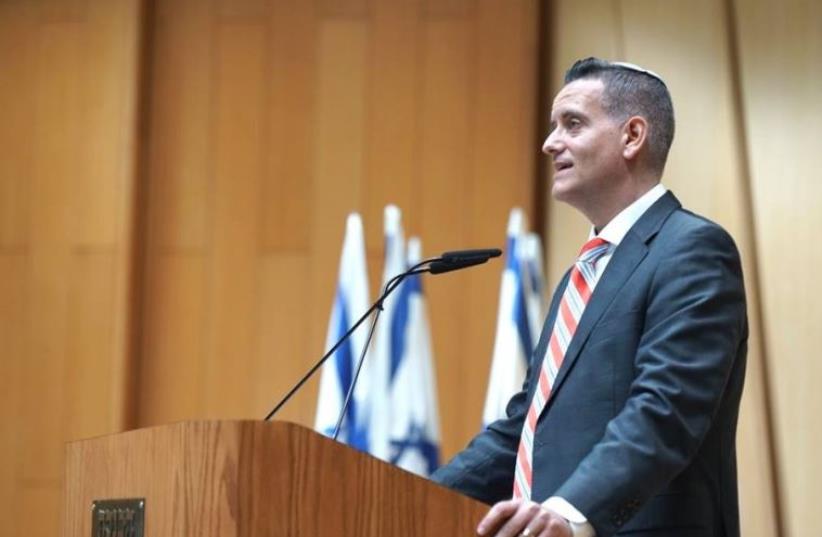 Yisrael Beytenu MK Ashley Perry at the Knesset, October 13, 2015
(photo credit: FACEBOOK)
Advertisement
A new Knesset lobby intended to push for greater outreach toward the descendants of Spanish and Portuguese Jews forcibly converted to Christianity, known in Hebrew as B’nai Anusim, was launched on Tuesday.In a letter read to the lobby’s inaugural gathering, President Reuven Rivlin stated that while in “Spain precious communities were forced leave their faith, their life and the values they grew up and raised their families” five hundred years ago, “Spanish Jews are still with us, and we must not forget them.”According to lobby founders MK Robert Ilatov and Ashley Perry, increasing numbers of the descendants of Jews around the world have become interested in exploring their heritage and reconnecting with the Jewish people.“For many of us in this room who are the descendants of those persecuted and forcibly converted in Spain and Portugal, we know that it would have been impossible for our ancestors to have even dreamed of this moment,” said Perry, a former advisor to erstwhile Foreign Minister Avigdor Liberman and the founder of the Reconnectar NGO.However, while many would consider efforts to forge new ties to be merely fantasy, he said that he believed that “hanks to technological advances, like the Internet, DNA and Genealogical advances, we have a window of opportunity for this historic reconnection.””For us to succeed, we need to mobilize two communities to the existence and acceptance of each other. Firstly, we need to place the reconnection with the Bnei Anusim on the agenda of the Jewish world and the State of Israel, which I hope we are beginning to do here today. Secondly, we need to send a message to the descendants of Spanish and Portuguese Jewish communities, whether in the United States, Latin America or Europe, that if you seek a reconnection with the Jewish world, we will be there to help, guide and embrace you,” he said.“Our people were forcibly ripped apart many generations ago and now is the time to rectify this historic injustice,” Perry asserted, calling it a “halachic mandate.”“After 500 years, these people want to return to their Jewish roots and to return to the Jewish state,” said Ilatov, who is himself the descendant of Jews who chose to be expelled from Spain rather than face conversion.Former Shas MK Haim Amsalem, a harsh critic of today’s conversion regime, criticized ultra-orthodox lawmakers for their absence, telling attendees that if the leading haredi rabbis did not allow their representatives to deal with conversion reform in Israel, issues of Jews around the world would not be a priority for them.“It is our obligation” to reach out, he said.According to Spanish Ambassador Fernando Carderera, more than the requests of more than 4300 Sephardic Jews for citizenship have been approved since the recent passage of a bill providing the descendants of the expellees with the opportunity to reconnect with Spain.“You are looking for your anusim and we have already found our Sefaradim,” he quipped.Speaking to the Post, Perry said that he believed that Tuesday’s meeting marked a “historic day” because “for the first time after hundreds of years …the Jewish people have on their agenda the necessity of reaching out and reconnecting with the descendants of the Spanish and Portuguese Jewish communities.”“I hope that this will become one of the highest puts on the agenda of all the major Jewish Zionist organizations around the world.”B’nai B’rith’s Alan Schneider told the Post that he believes that the new initiative sends a message to interested parties that Israel and the Jewish people reciprocate their desires and that “its going to be easier for them now to investigate their Jewish roots, to find out about Jewish tradition, learn about their traditions and how they relate to Judaism and eventually to decide if they want to take the greater leap of rejoining in a formal way with the Jewish people.”“I think it also sends a message to the Jews in Israel and Jews around the world that there potentially is a much deeper margin of potential supporters, of family actually, there who feel close toward the Jewish people and the state of Israel and eventually can be called upon to be our supporters even if they choose to stay in their current status,” he said.Michael Freund, whose Shavei Israel organization works with B’nai Anusim in several countries and operates a Spanish language conversion school in Jerusalem, likewise praised the concept, telling the Post that “not a day goes by that our representatives abroad don’t get a phone call, a letter or a knock on the door from someone who believes they are B’nai Anusim.”A recent ebook he authored in Spanish on this topic garnered twenty thousand downloads in one month, indicating, he asserted, that there is great interest.“It’s clear that the demand is out there and growing day by day. At the same time unfortunately many Jewish communities in the diaspora have not been open or welcoming to B'nai Anusim and in many cases slam doors in their faces. This is extremely unfortunate and needs to change. We all need to realize that restoring Anusim to Jewish people is our collective historical, moral and religious responsibility.”