On this day: Israeli submarine 'Dakar' vanishes in maiden voyage

The cause behind the vessel's sinking has never been determined. 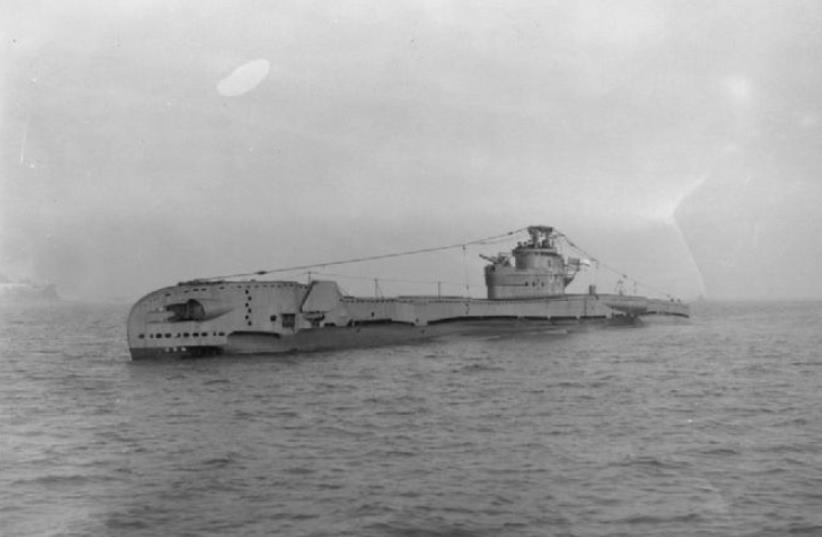 Dakar in 1944 as the Royal Navy's HMS Totem
(photo credit: Wikimedia Commons)
Advertisement
Monday marks 53 years since the mysterious disappearance of the Israeli submarine Dakar, which saw all of its crew of 69 sailors vanish along with the vessel.Constructed by the H.M. Dockyard in Davenport and launched as the HMS Totem in 1943, it was bought by Israel from the British Royal Navy in 1965 along with two other submarines and renamed the INS Dakar. It had sailed out to Haifa in January 1968. However, during this maiden voyage, the vessel suddenly vanished, its last transmission being sent on January 24, though the submarine was spotted one last time just after midnight the following day.Search-and-rescue operations launched by Israel, the US, Greece, Turkey and Lebanon all failed to find any trace of the submarine.A monument mourning the lost crew of the Dakar was erected in 1971 at the Mount Herzl cemetery in Jerusalem.The crew was officially declared dead in 1981, and then Ashkenazi Chief Rabbi Shlomo Goren, who had been the IDF's chief rabbi at the time the submarine went missing, announced that the wives of all those on board would be free to remarry, according to the Jewish Telegraphic Agency.It was only over 30 years after it went missing, in 1999, that the wreckage of the submarine was discovered off the southeastern coast of the island of Crete, its entire crew dead.In 2015, Israel Navy V.-Adm. Ram Rothberg declassified all information pertaining to the sinking of the Dakar to the sailors' families. The disclosing of all the materials was unprecedented at the time, especially considering how secretive the IDF is about the details of Israel's fleet of submarines. It also revealed that the military had no idea what could have caused the submarine to sink. Theories abounded, ranging from technical or human error to accidentally being damaged by another vessel, though a deliberate attack was ruled out.This is despite a report in 1970 in the Egyptian daily newspaper Al Akhbar, alleging that an Egyptian warship had sunk the submarine.In 2018, the IDF decided that the model name for Israel's new submarines would be Dakar, in honor of the sunken submarine.“This decision rests on the tremendous honor that deserves to be given to the fallen soldiers of INS Dakar and all those who cherish their memory,” Israel Navy chief V.-Adm. Eli Sharvit said at the time. “The navy will continue to support the families of its fallen, with great respect and esteem, as we have done throughout the years," he said. "I hope that this will end the dispute, and we will all look together when future submarines enter active service in the navy.”The decision first went into effect in 2019, with the INS Dragon as well as all future submarines being classified as Dakar-class.Yaakov Lappin and Anna Ahronheim contributed to this report.