The travel advisory came after an investigation by PETA detailed 1,300 donkeys, camels, mules and horses showing signs of abuse from beatings, exhaustion and chains embedded into their skin.

By JACOB GOFF KLEIN
JANUARY 23, 2018 11:04
PETA investigation of animal abuse in Petra. (Youtube/ ThePETAAsiaPacific)
Advertisement
PETA Vice President of International Campaigns Jason Baker called on residents of Israel to avoid Petra because of documented animal abuse taking place in the Jordanian park on Tuesday.Petra is a popular tourist attraction in Jordan and is easily accessible from Israel's southern most city Eilat and many tourists from around the world travel to the ancient city through the Eilat-Jordanian crossing. The PETA Vice President said, "PETA is calling on residents of Israel to stay away from Petra until these exhausted animals are replaced with modern conveyances, such as golf carts, so that tourists can appreciate the city's rich history without witnessing cruelty to animals, which can ruin a trip and blight the country's reputation." by PETA detailed 1,300 donkeys, camels, mules and horses showing signs of abuse from beatings, exhaustion and chains embedded into their skin.The animals also suffer from a lack of water and shade working long hours in a desert environment."It's an outright disgrace that weak, wounded animals in Petra are being hit and whipped and denied water and shade in the desert heat every single day," he added. 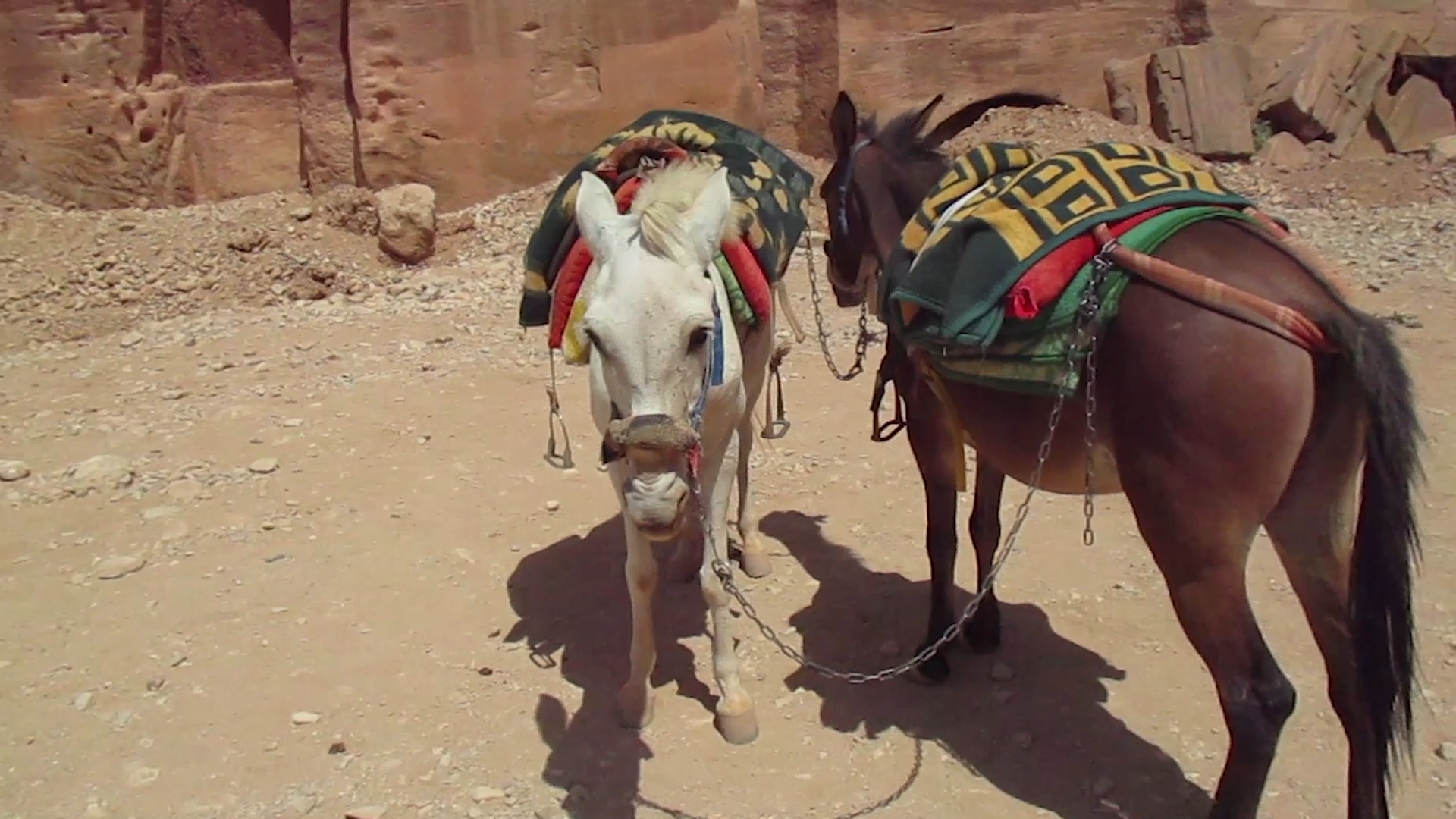 Dehydrated donkeys in Petra Park in Jordan. (Courtesy PETA)Images of full grown adult tourists riding donkeys too small to support that kind of weight are featured in the video. The animals appear not to be receiving any veterinary care and are noticeably suffering from multiple illnesses associated with fatigue. 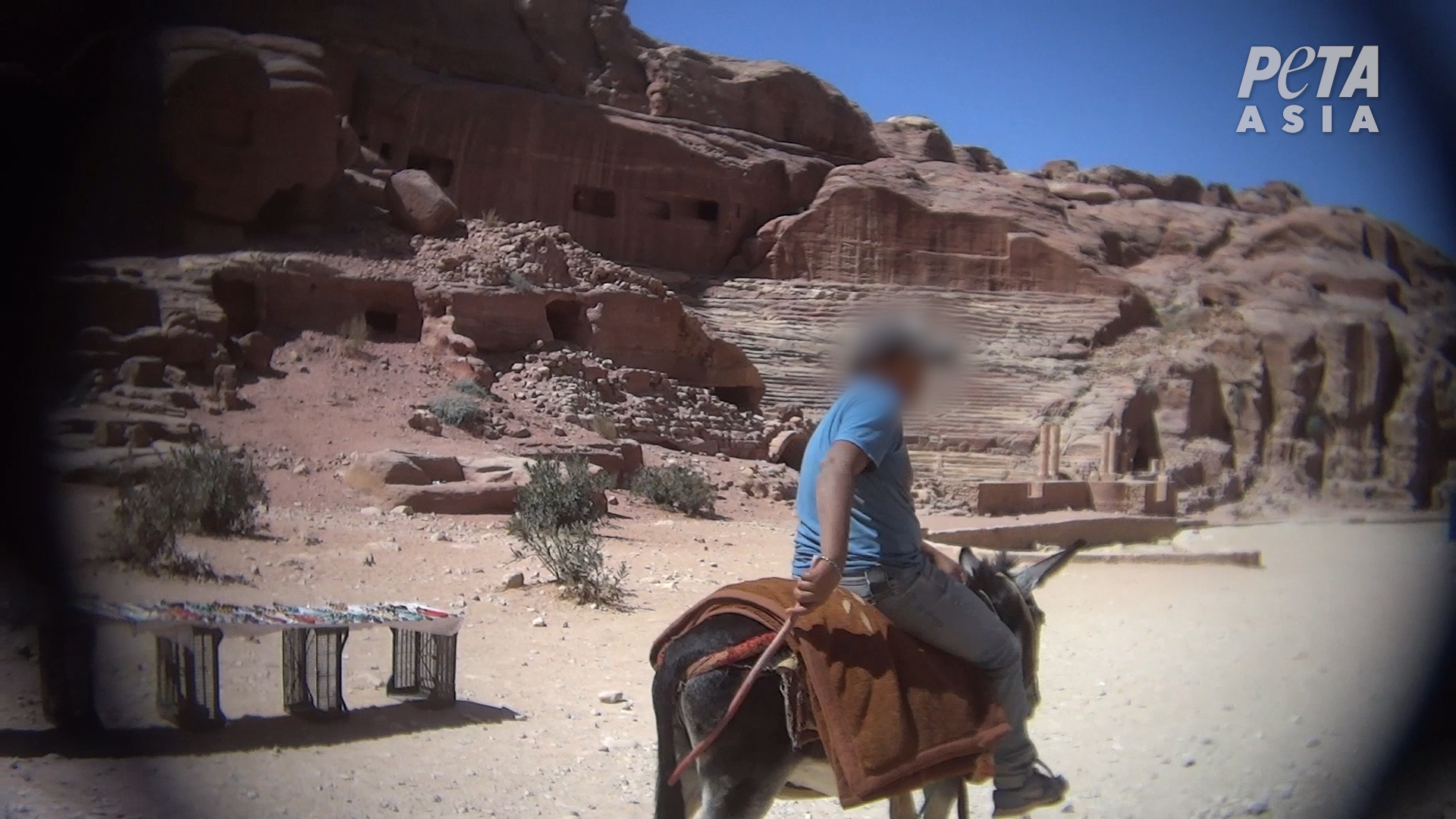 An abused donkey in the Jordanian Petra Park. (Courtesy PETA)Signs in the park warning tourists against the blight of the animals have been placed from earlier pressure from PETA but the contact information to report animal abuse on the posters is inactive.PETA has appealed to the hotels and tourist agencies stating that the organization won’t promote Petra as a tourist destination until the local animals receive better care.PETA is a nonprofit animal rights organization with the single goal to alleviate abused animals world wide. Their motto is "animals are not ours to abuse in any way."