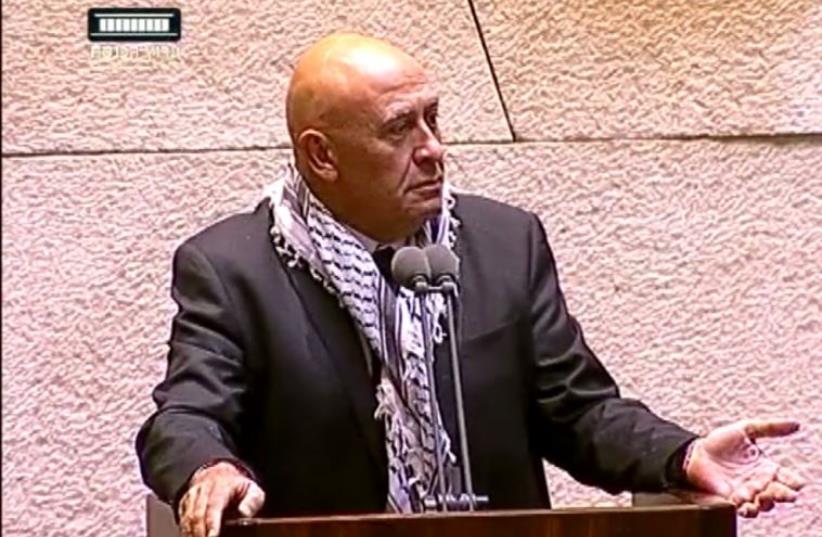 MK Bassel Ghattas
(photo credit: KNESSET CHANNEL)
Advertisement
MK Bassel Ghattas (Joint List) behaved unethically by participating in a flotilla meant to break the military blockade of Gaza, the Knesset Ethics Committee determined Wednesday.Ghattas, who sailed toward Gaza with activists on the Mariane last month before the boat was peacefully redirected to Ashdod by the IDF, was severely reprimanded, but did not receive further punishment, because this was his first ethics offense.Following complaints against Ghattas by Immigration and Absorption Minister Ze’ev Elkin, Culture and Sport Minister Miri Regev, and Knesset House Committee chairman David Bitan, the committee did not accept Ghattas’s response that participating in the flotilla is the same as any other demonstration and falls under MKs’ broad, protected freedom of speech.“MKs must make a clear difference between leading a battle to change policies, which is an inseparable part of their job and is under their broad freedom of speech, and publicly declaring that they want to break the law as part of their battle,” the decision reads.“It is known that entering the Gaza Strip by land or sea is forbidden for citizens of the country and is a crime, and breaking the naval blockade on the Gaza Strip has the potential to harm [Israel’s] security.”
How the IDF reroutes a Gaza-bound flotilla 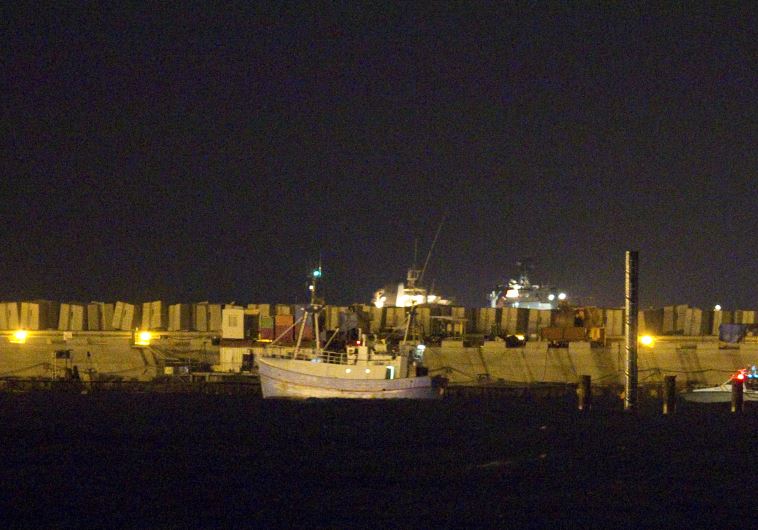 (The 'Marianne' at the port in Ashdod after interception by Israel. Credit: Reuters)The committee pointed out that it already said so in 2011, in response to complaints about Balad MK Haneen Zoabi, who participated in a Gaza flotilla on the Mavi Marmara, whose passengers responded violently to Israel Navy commandos’ attempts to redirect it, resulting in nine deaths.The Joint List responded to the decision with a call for the Netanyahu government to be put on trial for war crimes in relation to the naval blockade and not punish Ghattas for protesting it.“The Ethics Committee’s decision is unethical and contradicts any principle of political freedom of a public representative who represents his nation and serves his voters; therefore, it is a totally political decision,” a party spokesman said.Elkin said, “We cannot allow Arab MKs to harm Israel’s security.”“The fact that some Arab MKs openly act against the State of Israel is intolerable and crosses all redlines,” he added. “A democracy that wants to survive must learn to defend itself, certainly in such a challenging region like the Middle East. I will continue fighting to put an end to this phenomenon.”