'No comparison between Holocaust and Nakba,' says Israeli Arab MK 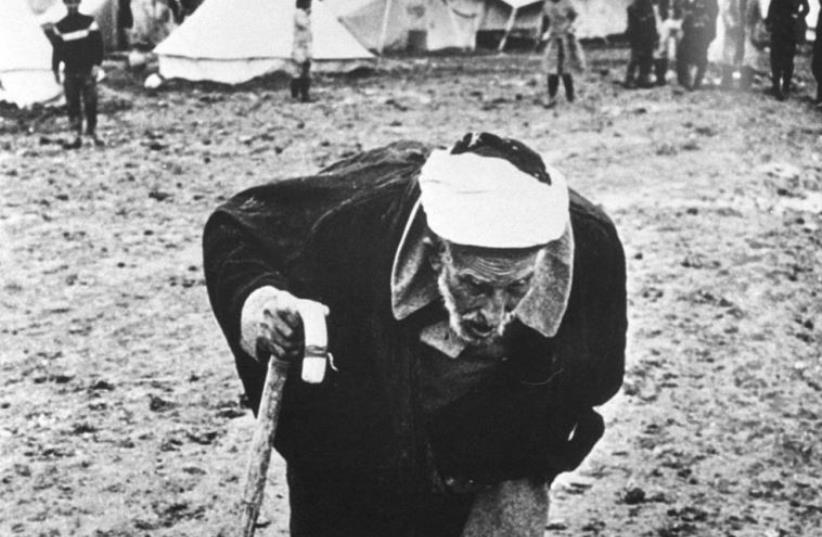 A United Nations file picture shows an elderly Palestinian refugee in the Hussein refugee camp in Jordan
(photo credit: REUTERS)
Advertisement
As has been the case for the past 18 years, an eclectic mix of personalities is expected to participate in the alternative memorial ceremony for Holocaust victims.The ceremony will examine the ways in which the memory of the Holocaust impacts contemporary Israeli society.Among those scheduled to participate is Zionist Union MK Zouheir Bahloul. A former media commentator, Bahloul is expected to discuss the recent proliferation of nationalist legislation that critics say represents a slippery slope which will ultimately endanger the democratic character of the state.Zouheir, why is it important for you to address the alternative Holocaust remembrance ceremony?“I chose to participate in this important event because I believe that we must remind people of what happened [in Europe]. We are talking about one of the major low points in the history of humanity. It was a period in which hatred and insanity triumphed over morality and compassion. We must also remind ourselves of the need to live by universal values of unconditional love and respect for people irrespective of whether they comprise the majority or the minority.”What do you think of those who compare the Nakba to the Holocaust?“Whenever one deals with such a charged issue like this one, extra attention must be paid to the words that are used. I, of course, am not of the opinion that there is an event in the history of humankind that compares to the horrific Holocaust that took place on European soil.”“We are talking about an event that was so destructive and which rested on hatred of an entire nation solely for who they were. Those were terrible days in which racism reached monstrous proportions that eventually manifested in the annihilation of six million Jews and the deaths of 60 million overall during the Second World War.”You recent generated headlines by saying that you didn’t think the Palestinian who stabbed soldiers in Hebron and was subsequently shot dead by an IDF soldier while wounded on the ground was a terrorist. Do you stand behind those remarks? Or do you apologize to those who were offended?

“I don’t regret what I said. I said it with the knowledge [that it would provoke a reaction] and with the intent of igniting a discussion in Israel, which remains imprisoned by antiquated, uncompromising preconceptions. I didn’t justify the murder of anyone, God forbid, but I wanted to show the public another narrative.”“If we seek peace, we must try and see the other side and its desperation. It was apparently that my comments seeped into the public consciousness and got people talking, with all kinds of views expressed. I hope that because of my statement, the political map will be further cleared up, and we, the center-left camp, will return to the path of dialogue and not capitulate to the desperation that is being imposed on us by the right.”