Poll: Half of Israelis would support strike on Iran's nuclear facilities without US support

A recent poll by the Israeli Democracy Institute found that about half of Israelis would be in favor of a military strike on Iran's nuclear facilities even without American consent. 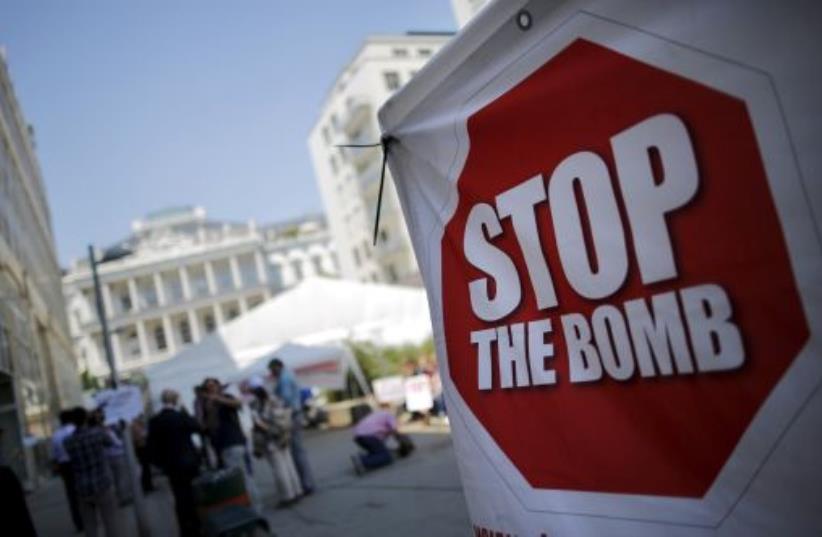 A sign which reads "Stop the Bomb" is seen as protesters gather outside the hotel where the Iran nuclear talks were being held in Vienna
(photo credit: REUTERS)
Advertisement

About half of Israelis would be in favor of a military strike on Iran’s nuclear facilities even without American consent, an Israeli Democracy Institute (IDI) poll found.

When asked about such an attack, 51% answered in the affirmative, with 31% opposed, and 18% responded they did not know.A larger majority – 58% – of Israeli Jews agreed, while only 18% of Israeli Arabs did.

Broken down by political views, 67% of self-identified right-wing respondents supported a military strike even without US support, 50% of centrists agreed, and only 37.5% of the Left responded in agreement.

A small majority, 54%, of respondents considered Iran to be an existential threat to Israel, while a quarter considered it to be a moderate threat, and only 13% saw it as a small one.

Out of Israeli Jews, 61% saw Iran as a major existential threat, while only 19% of Israeli Arabs thought that was so. Only 1.5% of Israeli Jews said Iran is not a threat at all, while 20% of Arabs did respond that Iran is a threat.

A majority of Israelis on the Center and Right of the political map viewed Iran as a major existential threat – 69% and 57%, respectively – while a plurality of the Left (40%) saw the threat as moderate.

The poll was conducted by the Viterbi Center for Public Opinion and Policy Research of the IDI among a representative sample of 664 Israeli adults on November 29-December 1. The margin of error is 3.59%.