Joint List MK took the helm of the Knesset Committee for the Advancement of the Status of Women. 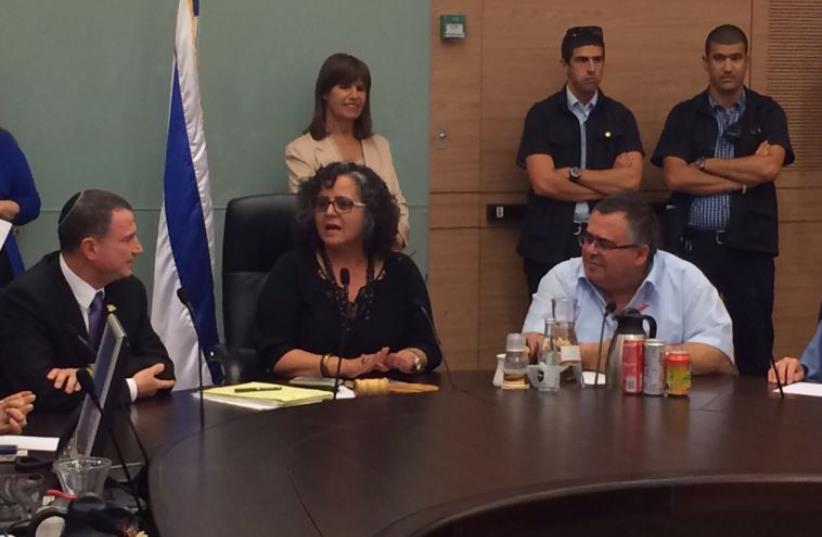 MK Aida Touma-Sliman (Joint List)
(photo credit: JOINT ARAB LIST)
Advertisement
Israeli Arabs have been Supreme Court justices and government ministers, but on Wednesday they reached a new position in the legislative branch, when MK Aida Touma-Sliman (Joint List) became the first Arab party lawmaker to head a permanent Knesset committee.Touma-Sliman took the helm of the Knesset Committee for the Advancement of the Status of Women.The new MK founded the Arab feminist organization Women Against Violence; was one of the founders of the International Women’s Commission for Just Palestinian- Israeli Peace; was the editor- in-chief of Al-Ittihad, the only Arabic-language daily newspaper in Israel; and was the first woman on the High Follow-Up Committee on the Arab Population of Israel.“I hope to successfully lead processes that will affect all of society, policy and laws,” she said after being elected to the position unanimously, as most committee heads are.“I have been coming to discussions in this committee since 1992, when Yael Dayan was chairwoman, and I hope I will learn from the times I was here, to lead.”Touma-Sliman pointed out that this government is the first that has a minister for gender equality, and expressed hope that they will work together to bring results.Knesset Speaker Yuli Edelstein said that when he read about the new MKs, he was sure that Touma-Sliman’s experience would lead her to this committee.MK Ahmad Tibi said the Joint List is proud of its achievement of having a head of a permanent committee, and that the party unanimously agreed Touma- Sliman should lead the panel, because of her record.Joint List MK Jamal Zahalka quoted an Arabic poem that says commendations are given to those who deserve it, not just anyone, adding: “The gap between words and actions in the issues this committee deals with is massive.Everyone talks about equality and employment for women, but to find actions you need a magnifying glass.We will try to close the intolerable gap.”“This is correct and necessary cooperation,” said MK Bennie Begin (Likud). “This woman is an important and efficient agent of change.”Also on Wednesday, Yesh Atid was victorious in its ongoing battle with the Zionist Union to get a committee chairmanship, with MK Karin Alharar heading the Knesset State Control Committee.In two years, a Zionist Union MK will take her place.