Israeli-Arab MK says she has a solution to the Arab psychologist shortage. 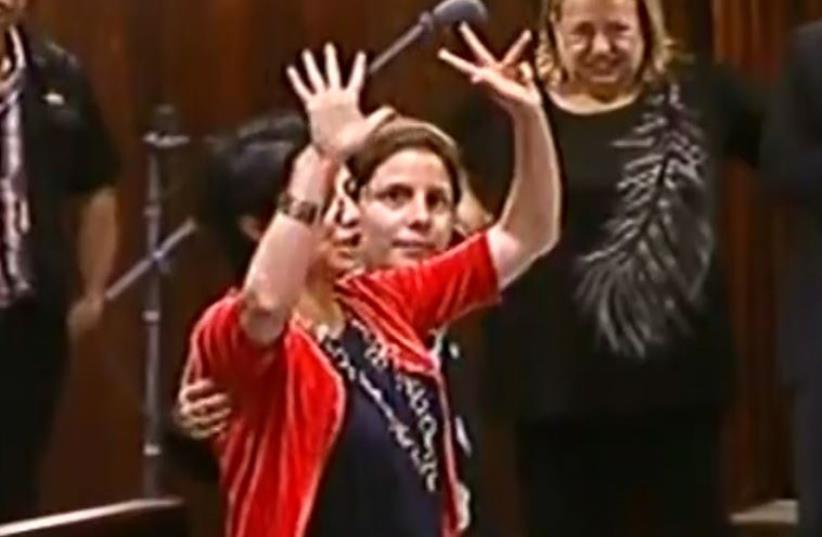 MK Hanin Zoabi
(photo credit: KNESSET CHANNEL)
Advertisement
Arabs in Israel are suffering a severe shortage of clinical psychologists, and Joint List MK Haneen Zoabi (Balad) believes she has found a solution.“It is important for Arabs to have access to Arab psychologists because of language and cultural differences that can impede proper treatment,” Zoabi told The Jerusalem Post on Thursday.For example, if an Arab child rape victim does not speak Hebrew, the psychologist will not be able to optimally treat the patient, she explained. There can be a six-month wait to see an Arab psychologist.Only 2.5 percent of psychologists are Arabs, and 90 percent of Arabs who need mental health treatment don’t get it, Zoabi said earlier this month at a discussion in the Knesset’s Social Welfare and Health Committee.Students who finish an MA degree in clinical psychology in Israel must then enter a four-year training period – two years in a health clinic and two in a psychiatric hospital. There is an extensive waiting list to get into the training period and many Arab students wait a long period before getting accepted.Some psychology students end up following a different career path when the wait becomes too lengthy.Zoabi’s office contacted health clinics regarding the shortage, and Israel’s largest health care clinic, Clalit Health Services, responded in a letter this week saying that out of 140 training spots, 16 are for Arabs.Zoabi suggested a plan of action.First, Zoabi said, not enough Arabs study psychology and more need to be persuaded to do so.Second, an affirmative action program needs to be implemented so that more Arabs enter the four-year training program. In light of the dire need, a program coordinated by the Health Ministry, health clinics and universities could facilitate a boost in numbers of Arab psychologists.Third, a special educational program should be created so that students who studied educational psychology can switch over to clinical psychology, Zoabi said. At the Knesset Social Welfare and Health Committee meeting this month, MK Dov Henin said the mental health clinics in Umm el-Fahm and Shfaram were collapsing. MK Jamal Zahalka said tough admissions requirements deterred many Arab students from seeking a master’s degree in psychology.Health Ministry chief psychologist Yemima Goldberg pointed out that new psychology programs for Arab students and graduates have been opened but “the number of registrants is small.”“There is budget for it, and whoever wants to specialize can get a personal scholarship,” Goldberg said.Judy Siegel contributed to this report.