The minister affirmed that security cooperation between Israel and Egypt is "better than ever," and asserted that "flooding is a good solution" for tackling Hamas' intricate tunnel systems. 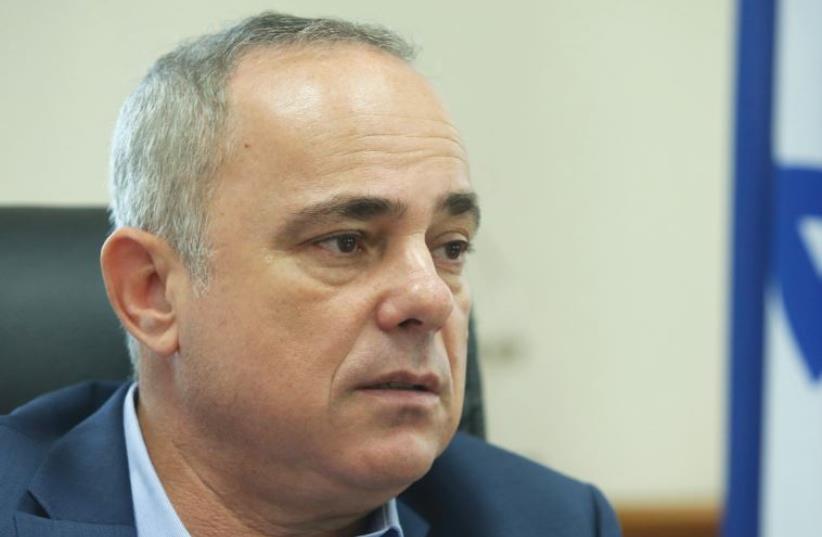 Yuval Steinitz
(photo credit: MARC ISRAEL SELLEM/THE JERUSALEM POST)
Advertisement
The defense establishment is furious with Infrastructure, Energy and Water Minister Yuval Steinitz after learning of the comments he made on Saturday concerning security cooperation with Egypt.Steinitz, speaking at a cultural event in Beersheba, said that Egyptian President Abdel Fattah al-Sisi ordered the flooding of several Hamas tunnels linking Egypt to the Gaza Strip, to a certain extent “due to Israel’s request.”The minister affirmed that security cooperation with Egypt is “better than ever,” and asserted that “flooding is a good solution” for tackling Hamas’s intricate tunnel system used for smuggling and terrorism.Defense cooperation is one of the most sensitive issues concerning both countries, and disclosures on the exact nature of Egyptian-Israeli security activities are confidential.Highlighting that sensitivity is the Military Censor’s concern; heavy restrictions have been placed on what Israeli journalists can report on Egyptian- Israeli ties. The censor has even been known to reject Israeli coverage of the subject based on foreign media reports, at the behest of Cairo.Sisi and his regime are extremely reluctant to disclose publicly their relationship with Israel, concerned that opposition forces will stoke populist anger by painting Sisi as a “collaborator” with Israel.Security cooperation with Israel is highly unpopular among the Egyptian public.Sisi, however, needs little prodding from Israel to destroy the Hamas tunnels linking Gaza to the Sinai Peninsula, viewing the Gaza-based terrorist organization as a dangerous security threat.In the eyes of the Egyptian government, Hamas, the Palestinian branch of the Muslim Brotherhood, poses a threat to national security in much the same manner as the latter.The Muslim Brotherhood has been outlawed and its leadership thrown in prison since Sisi came into power in 2014.Furthermore, the Egyptian government routinely accuses Hamas of being in communication with terrorist elements in the Sinai, including Islamic State’s affiliate in the peninsula.It was not the first time in which an Israeli official made known information that the security establishment would prefer to keep quiet. In September, at a similar cultural event in Beersheba, Amos Gilad, senior adviser to Defense Minister Moshe , told an audience that Russian jets periodically periodically violate Israeli airspace as they attack rebel targets in Syria.Last year, Egyptian forces began to flood tunnels dug beneath the Gaza-Egypt border in an effort to curb the use of the passages used to bring in an estimated 30 percent of all goods that reach Gaza.Overnight Friday, Egypt flooded 10 tunnels, using pipes to pump water from the Mediterranean Sea into them to bring about their collapse.On Saturday night, Steinitz expressed regret for the “unintended impression” his words caused.