Maccabi Tel-Aviv tops Galil Elyon • Lubin has Beersheba on a roll • Holon back to winning ways.

Hapoel Tel Aviv came away with an 80-77 win over Hapoel Jerusalem on Monday night in a dramatic duel in the capital to move into first place in the Israeli league.

Tel Aviv jumped out to an early lead on the strength of Adam Ariel’s sharp shooting against his former team while Chinanu Onuaku and Tomer Ginat also scored at ease to see the visitors go up 45-31 at halftime.

But Jerusalem came storming back in the second half with fine play by Levi Randolph, Zach Hankins and Khadeen Carrington. However, Xavier Munford and Onuaku along with Ginat came up with important buckets in money time to take the statement road win.

Onuaku led the way with 18 points, seven rebounds and six assists, Ginat added 16 points, Munford scored 15 points and Ariel scored 11 points, which all came in the first quarter for the win.

Randolph, who had to leave the game with an ankle injury in the fourth quarter, scored 20 points, Carrington added 17 points, Hankins scored 15 points and Siim Sander-Vene chipped in with 14 points for Jerusalem in the loss.“We came into the game ready and had a very good first quarter,” Tel Aviv coach Danny Franco said. 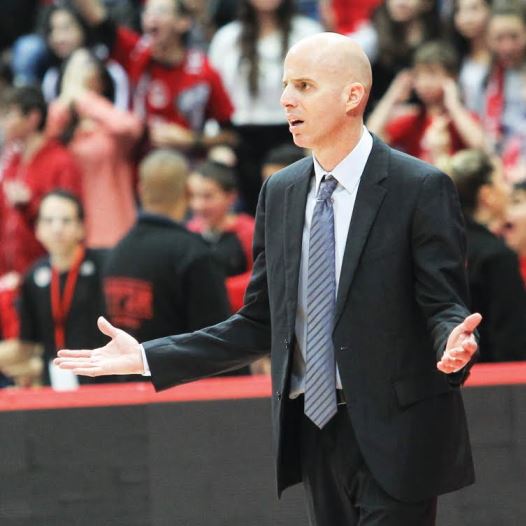 “We played well in the first quarter but not well enough throughout the entire game. There was a battle, desire and I believe that we are a better team than what we saw for the final three quarters. It was a tough game to officiate and we made every mistake in the book to hand them the win.”

“We played well in the first quarter but not well enough throughout the entire game. There was a battle, desire and I believe that we are a better team than what we saw for the final three quarters. It was a tough game to officiate and we made every mistake in the book to hand them the win.”

“We have to wait for the next chance to play against them and hopefully we will win next time,” a very disappointed Aleksander Dzikic said. “We played well for three quarters, the problem is the game is four quarters and the way we played I’m not happy about it. I don’t know what happened. We let a team play and give them space and flow in offense and open shots, after that it was a different game.”Ginat also spoke about the win.

“Not many teams win here in Jerusalem and no doubt it was important for us. We definitely wanted to win here, but there are so many games this season and next up is Herzliya who are a good team as well.”

Up in the Galilee, Maccabi Tel Aviv cruised by Hapoel Galil Elyon 98-67 as it took an early lead and never looked back to take the easy victory.

Deishuan Booker and Nimrod Levi scored from deep to get Galil Elyon off to a good start, but John DiBartolomeo, Darrun Hilliard and Roman Sorkin all found points for Maccabi Tel Aviv to grab a 31-22 lead after 10 minutes of action.

Hilliard kept scoring from downtown and Rafi Menco put the ball in the hoop as well, while Josh Nebo controlled the paint for the visitors. Booker, Itay Moskovits and Bryce Washington did the same for the hosts, but the yellow-and-blue stayed in front 57-40 at halftime.

Roman Sorkin scored at will over the course of the third quarter to drive Maccabi’s advantage up to 77-49 after 30 minutes, while Oded Katash’s squad kept pouring on the offense in the fourth quarter to take the win.

Hilliard, Sorkin and Menco scored 13 points each, Nebo added 11 points and Iftach Ziv scored 10 points in the win. Booker scored 18 points for Galil Elyon, Itay Moskovits chipped in with 14 points, while both Bryce Washington and Nimrod Levi each scored 12 points in the loss.

“This was a good game as we saw that everyone who played gave good minutes especially on defense,” Katash said. “We split the minutes up among all of the players and we wanted to see the players focussed and they did a good job.”

Menco, the game’s MVP, spoke about his fourth-quarter dunk off the baseline and the keys to the win.“The dunk was great. I surprised the guys because I usually don’t do dunks. We knew what we needed to do on offense and we kept the score down on the defensive side to take the win.”

Down south, Hapoel Beersheba surprised Ness Ziona 97-92 to collect a second win in a row for head coach Lior Lubin.

The Southern Reds came out strong and took the game right from the get-go to Elad Hasin’s squad as they controlled the pace of play throughout as well as in the waning moments of the matchup.

Ness Ziona was almost able to draw even at 92-92 late in the game, but MVP David Efiyani scored an important bucket down the stretch to take the victory.

Efiyani led the way with 33 points, Ben Moore checked in with a 13-point-14 rebound double-double, while Khalil Ahmad and Netta Segal each scored 13 points in the win. For Ness Ziona, CJ Williams scored 23 points, Shaw Buchanan added 19 points, Tyler Bey chipped in with 15 points and DJ Cooper scored 13 points and dished out 19 assists in the defeat.

“We were able to get the good things together for this game,” Lubin said. “We had played two exhibition matches against Ness Ziona and they were very close just like this one which was almost an identical replay. We kept our cool those two minutes down the stretch and we were also over the foul limit but we were able to take the win.”

Meanwhile, Hapoel Haifa sunk Hapoel Eilat 94-79 down south by the Red Sea as Sharon Drucker’s team came back to win after a defeat last week at Ness Ziona.

Ariel Beit Halachmi’s Eilat squad jumped out to an early lead on the strength of Eric Griffin and Netanel Artzi, but by halftime the Carmel Reds grabbed a slim 47-45 advantage with Anthony Hickey leading the way.

The second half was all Haifa as Kadeem Allen notched his career high in points while Devonte Upson found points inside and Hickey continued his fine play to take the victory.

Allen led the way with 27 points, Hickey added 22 points, eight assists and four steals while Upson chipped in with 13 points in the win. Artzi paced Eilat with 19 points and Griffin scored 18 points in the loss.

Elsewhere, Hapoel Holon downed Ironi Kiryat Ata 97-85 up north to get back onto the winning track after falling in Basketball Champions League play earlier in the week.

Joe Ragland led all scorers with 25 points, Chris Johnson added 22 points and Erick Green chipped in with 21 points for Guy Goodes’s squad in the win. Chavaughn Lewis paced the hosts with 18 points while Diante Garrett and Yotam Hanochi each scored 14 points in the loss.

Also, Bnei Herzliya defeated Hapoel Gilboa/Galil 82-70 to chalk up its second win in a row and move into position to potentially clinch a spot in the Israel State Cup quarter-finals.

Oren Aharoni’s squad grabbed a quick lead and built up the advantage to 45-30 by halftime as they cruised the rest of the way to notch the win.